Dune was originally accepted and printed in 1965 by a publishing house that specialized in auto repair manuals. That one tidbit might validate my premise that the upcoming movie Dune is destined to be much much better than the book. I know, I know, shouldn’t I be saying that the movie is never going to live up to the book? I’m sure there are aficionados who will say just that, and some critics say it is the best science fiction novel ever written!

The naked truth is that Dune the novel is poorly edited and more like a first draft than a finished product.

To make sure I wasn’t judging the novel by modern writing standards, I compared it to the even older Foundation series published in 1951 by Isaac Asimov and the 1969 Hainish Cycle of Ursula LeGuin, both of which seem to have benefitted from editing input even as they show their age by using more of a telling than showing style.

Conversely, Frank Herbert’s widely original and compelling story drowns in internal dialogue that could easily be portioned into tasty bites that satisfy instead of gorge. We know too much about everyone’s plans and intentions to feel the excitement of learning things along with the characters. This book is filled to the brim with wonderful ideas that would benefit tremendously from a distillation process.

That’s why a movie version of Herbert’s brilliant vision is bound to succeed.

A film’s primary task is to show us what is happening at the moment. Inevitably, in an adaptation of Dune, we will be seeing and feeling along with Paul Atreides, the heir of house Atreides and prophesied messiah of the native people of the planet of Arrakis, that his family moves to to rule at the same time Paul comes of age.

The relationship Paul has with his mother Lady Jessica and the order she’s trained in, the Bene Gesserit, can be beautifully shown on film, as there are so many moments that lend themselves to the visual. For example, when Paul must go through the test of the gom jabbar, which judges one’s humanity. Or, when Paul is nearly killed by a strange scorpion-like device.

In fact, all of the characters and their interrelationships will benefit from the viewer getting to know them through action and dialogue rather than through endless explaining, mind-hopping, and internal dialogue. From the loyal Hawat who is forced into a role he detests to the boneless doctor Yueh who betrays Leto, Paul’s father, I look forward to each being boiled down to their essence.

The characters themselves are beautifully constructed and are one of the central reasons Herbert’s work is hailed as a masterpiece. They will shine in their purity.

Another reason the movie should be fantastic is that Hollywood is ready for it. Dune has been adapted before but without much critical success. Because of its grand scope, which brings us to entirely new worlds with new races, creatures, and technology, along with planetary conditions, a movie version of the story requires CGI and all the new tech that Hollywood has in its current arsenal. Yay for progress! 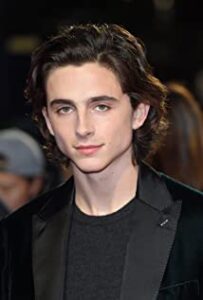 Timothée Chalamet, who is best known for his role as Elio in Call Me By Your Name (2017), plays Paul, and judging by the trailer, he’s a good fit to the Paul of the novel – smart, perceptive, and evolving. Paul always has his heart in the right place and grows into a renegade leader with a noble cause. 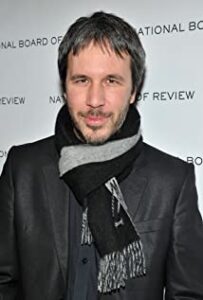 The director Denis Villeneuve also seems to be a great match. Blade Runner 2049, Arrival, and Sicario are among the most recognizable feathers in his cap. The trailer shows a lot of promise in this regard too, and we can keep our collective fingers crossed that the rest of the movie matches its heart-gripping success!

Absolutely can’t wait to see this one when it releases sometime in October 2021!

If you need a synopsis, I grabbed this one from IMDb.

‘Dune’ tells the story of Paul Atreides, a brilliant and gifted young man born into a great destiny beyond his understanding, who must travel to the most dangerous planet in the universe to ensure the future of his family and his people. As malevolent forces explode into conflict over the planet’s exclusive supply of the most precious resource in existence—a commodity capable of unlocking humanity’s greatest potential—only those who can conquer their fear will survive.