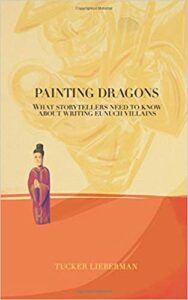 For years, I was curious about how castrated men were described in literature and how these representations indicated what gender meant to these individuals themselves, to their societies, and to those who wrote and read about them. In my introduction to my book, Painting Dragons: What Storytellers Need to Know About Writing Eunuch Villains, I explained that my early recognition that I wanted to focus on eunuchs was itself a partial insight. My awareness of eunuchs was the beginning of an answer as well as a question.

“The eunuch code remained hidden. The eunuch is the code, this I intuited, but I didn’t know how this could be or what it meant.”

In other words, I sensed that the existence of eunuchs was the answer to something I wanted to know, which is why I kept chasing them down wherever they occurred in literature, but I also persisted in analyzing exactly how they were described, and this activity sometimes obscured the answer and drew me farther away from the larger truth I sought.

We know when a character cracks their own code. It happens frequently. Here’s a more familiar literary example.

In the first Harry Potter novel, The Philosopher’s Stone, an owl delivers a wizarding newspaper called the Daily Prophet. In the film adaptation, the owl post is further dramatized through its delivery of invitation letters for the wizarding school. A whole fleet of owls brings innumerable copies of this letter to the boy Harry until he finally opens and reads one of them.

In these scenes, where is the message? For a long time, I would have pointed to the printed material delivered by the owl—the newspaper or the letter—and said it’s important to read and analyze the message. That’s a valid answer but not the only possible one. After all, we can guess what the newspaper or letter is going to tell us: Magic exists in this world. The paper, as an object, embeds that truth because it’s delivered by a magic owl. We may as well back up a step and observe that the magic owl is the message. The magic owl means that magic exists. The owl can bring the newspaper or not. Harry Potter can open the letter or not. The appearance of the owl already conveys a large part of what we need to know.

That’s what I felt when I encountered eunuchs in literature. At first, it was an insight I couldn’t quite grasp nor communicate. I’d be reading an old European travel narrative in which a Persian eunuch guard peered around a harem wall like an all-seeing owl.

“See what?” someone else would say.

“This world has men, women, and eunuchs.”

The eunuch guard is clutching a sealed letter in his hand. It doesn’t matter what the letter says. We may never get to open it. We are already learning a large amount about “the eunuch”—his world, and our idea of his world—if we just hold his gaze.

A similar theme of “the person as the message” appears explicitly in religion. An infant is revealed as the Messiah, not because of anything it has said or done, but because of who it is. Angels and prophets are like this. Certain beings are so revelatory that, the moment they appear, everything changes.

When the person is the message, just by existing they explain the world they inhabit. They are a conduit to truths that were hidden until they arrived. Interpreting this character need not be as complex an undertaking as we might initially assume. They already are the interpretation. They are doing most of the work. When we face them, when we allow them to reflect light, they show us that some of our questions are really about ourselves. Their presence interprets us and presents us anew to ourselves.

I have come to wonder if I, as a writer—myself as a person, and not just my words—could ever be a message to someone else. This possibility has a quieting effect on me. Perhaps I can analyze less. Perhaps I can use shorter sentences. The very fact that I am here, that I am a real person who opens my mouth to speak, may make a difference to someone. 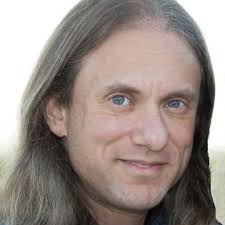 Tucker Lieberman wrote Painting Dragons, a work of literary criticism; the memoir Bad Fire; and the blank journal Flip the Finger at Despair. His fiction is in Owl Canyon’s anthology No Bars and a Dead Battery and forthcoming in Elly Blue’s anthology The Great Trans-Universal Bike Ride. He recently appeared on the Robot Eunuchs episode of the Stories We Tell Our Robots podcast. He lives in Bogotá, Colombia with his husband, the science fiction writer Arturo Serrano. www.tuckerlieberman.com