Melissa Scholes Young’s novel The Hive is a story that will enchant you from the first page. Growing up in Missouri, the Fehler sisters and their parents run a generations-old pest control business. Even though the business has been passed down, the girls don’t want to accept the out-dated ideas about women and business that their father Robbie isn’t ready to let go of. Their mother Grace has different priorities – saving the family if all hell breaks loose and finally needing to use those end-of-the-world supplies she keeps on recounting and reorganizing.

Young’s story is beautifully complex and would make great fodder for a book club read. We’re so thrilled she was able to chat with us a little about her enticing novel!

Amy Wilhelm: How did you capture the feeling of working-class middle America so well?

Melissa Scholes Young: I grew up working class in middle America so it’s familiar territory. To capture the Fehlers, I approached each family member with compassion. Empathy is a writer’s superpower. If you can’t create characters who are authentic in all their glorious flaws on the page, you shouldn’t be writing them. I think stories make us better and writing certainly makes my humanity expand. I write about the Midwestern community that raised me; I’m proud to call them my own but loving something means questioning it too.

I also grew up in a family pest control business but The Hive isn’t my family’s story. I wrote about my own experience in a family business recently for Lit Hub: //lithub.com/what-needs-done-the-love-and-burden-of-a-family-business/

AW: Why do you think the politics of the center of the country differs so much from the coasts?

MSY: I suspect it’s about exposure, meaning we don’t really know each other and our experiences living in this country differ vastly. Our politics are more of a rural-urban divide. Folks can be isolated in a city suburb as much as they can be worldly in the country; it’s a matter of choosing to learn and to listen beyond your own comfort and being curious rather than rejecting anything unfamiliar. Fear drives our polarization. Most people aren’t on the extreme of any issues but the noise comes from the extremes so we conceptualize everyone on the other side of our own political spectrum or coast as the same. We can have blind spots anywhere, but I think we need more healthy, productive conversation if we want to heal.

AW: This book was written after the election of Trump. A couple of times you have a character pining for a time when they are represented in Washington, was this the kernel idea of The Hive or was it something else?

MSY: The Fehlers provide a working-class lens on a messy family facing a recession. Their struggles in rural America in 2008 laid the foundation for 2016. Robbie, the patriarch and most problematic member of the hive, longs for the past but it’s really his wrestling for power. He liked the world that was made for him and resists the change that he fears won’t serve him. SPOILER ALERT Robbie’s sudden death makes more room for the five women in the family to grow from their grief. 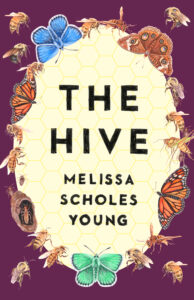 AW: The sisters are each so different. How did you decide on the character of each one?

MSY: They are sisters so they’ve survived the same dysfunctional family and that unites them but they don’t yet know that their normal isn’t normal. Maggie works. Jules disrupts. Tammy speaks. Kate watches. I spend a lot of time listening to my characters. I have a separate journal for each. For The Hive, that’s four sisters and Grace, their mother. I write down every single thing I imagine about them, most of which never makes it in the book but helps me create believable, compelling characters.

Part of what makes the sisters separate is how they react differently to the same situation, so whenever something big happens, I ask, “How would Maggie, the oldest sister, care for the others during this grief?” or “Jules, the rebel, just wants out so how would she run from this?” or “Tammy would use this to get more attention so what does that look like at a funeral?” or “Kate likes to observe so how would she blend/bury her own emotions?” Like many families, they are politically divided so there is constant tension not over values but over the institutions each believe protect those values.

AW: I love Grace’s survivalist persona. What is really going on there?

MSY: To understand Grace I attended Prepper Camp, a three-day wilderness skill building workshop in rural North Carolina and interrogated the line between preparedness and paranoia. When fear justifies ‘othering’ so we can dehumanize, we’ve crossed a dangerous line. I went to Prepper Camp thinking it was going to be a gun show, and it turned out to be a hippie camp. The Fehlers would fit in well there. In one workshop, we walked the forest, and they taught us what we could eat. I learned about bee keeping, composting, and solar energy. Grace is a survivalist who wants to live in conjunction with the land, but she believes in threats that don’t actually exist. She is a fierce mother and will protect her family, but she has to face and to fix herself before she can save the hive. 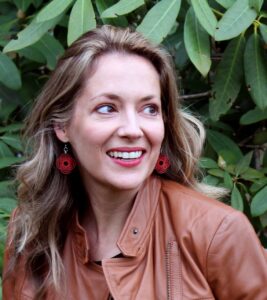 Melissa Scholes Young was born and raised in Hannibal, Missouri. She is the author of the novels Flood and The Hive. She’s a Contributing Editor for Fiction Writers Review and Editor of two volumes of D.C. Women Writers: Grace in Darkness (2018) and Furious Gravity (2020). Her work has appeared in the Atlantic, Washington Post, Ploughshares, Narrative, Poet Lore, and Poets & Writers Magazine. Scholes Young was named a Bread Loaf Camargo Fellow and a Quarry Farm Fellow at the Center for Mark Twain Studies. She is an Associate Professor in the Department of Literature at American University in Washington, D.C.