As I listen to writers in a memoir workshop I’m leading about writing difficult subjects; I think how we share this in common. We’re on a journey of self-exploration … survivors who seek transformation and willingness to embark on the quest. Who am I? Deep diving allows us to become another creature of sorts. 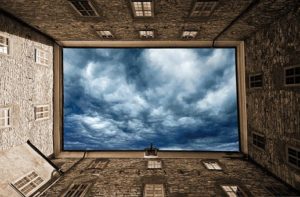 We talk about secrets; how we avoid revealing our deepest secrets out of dread that, “If people knew that about me, they wouldn’t like me.”

We talk about feminist author Carolyn G. Heilbrun who wrote: “what has been forbidden to women is anger” … our trepidation that writing stories of action and accomplishment will be branded “unwomanly.”

We talk about myths. The little girl believed the myths―you fall in love with Prince Charming and live happily-ever-after; you suffer in silence, your reality and pain stored in the hold of the conscious and unconscious mind.

We read the amazing poem by Adrienne Rich “Diving Into the Wreck.”

I become the one with the crenelated fans that Adrienne Rich writes about.

“I came to explore the wreck. The words are purposes. The words are maps. I came to see the damage that was done and the treasures that prevail …” And now: it is easy to forget what I came for among so many who have always lived here swaying their crenelated fans between the reefs and besides you breathe differently down here.

I look up crenelated. Hard, embattled … like me and many, I have known. Building a wall, stone gray battlements as unyielding as the buildings at West Point John wrote about in his memoir.

I am a woman alone, surviving the memory of the night his mother threatened to kill whoever entered his ghostly hospital room and cross her unholy path … the night he died, and I wasn’t by his side. A secret I haven’t shared until now.

I write about the wreck … the cancer … “I wish I’d never met you …” my life not how I imagined. “The thing I came for: the wreck and not the story of the wreck… the thing itself and not the myth,” Rich writes.

I come for the woman alone, to support and succor her … hoping to demolish the wreck. Old age beckons its bony finger. As one of our writers puts it, aging alone after the death of a husband comes with a tinge, sharper at times than others … a blade slicing through flesh, leaving the wound of depression.

I do not ascribe a value to the idea that one person’s pain is deeper or worse than another’s. Pain is pain, and it immerses us―sooner or later. And that’s where memoir writing comes in. It eases the burden of the wreck … the myths that wreaked havoc … the secrets that led to the many defenses and contradictions. The trepidation we will be branded unwomanly.

I think of my father who wore a mask of composure until the day he died. “We don’t air our dirty laundry.” His face stares back at me, a mirror image of my own repression. Then I gather with a group of writers and with their words, reflections and insights, I discover the courage and the freedom to write and take my place among them. 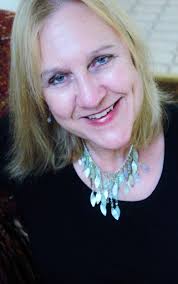