Horse racing is a great sport to watch on TV or at the track, but it can be exciting and enjoyable to read about too! To that end, we’ve compiled our list of the most enjoyable books ever written about the sport, which has something to suit every type of reader. Enjoy!

The Greatest Gambling Story Ever Told: A True Tale of Three Gamblers, The Kentucky Derby, and the Mexican Cartel by Mark Paul 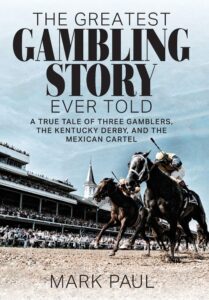 This 2020 release by author Mark Paul is set in the 1980s when the filly named Winning Colors was breaking through in the horse racing industry. A group of three gamblers thinks that she will win the 1988 Kentucky Derby and put a large sum on her at long odds.

When she wins the big race, the gamblers need to work out how to get their winnings off a Mexican drug cartel safely and take it back across the border.

It’s a story based on true facts, and you can see that Winning Colors is indeed listed among the Kentucky Derby winners for her glorious 1988 triumph. Check it out here: //www.twinspires.com/kentuckyderby/winners

The book was released to many good reviews, with its realism and fast pace winning over horse enthusiasts and people who don’t know all that much about the sport too. It should appeal to a wide variety of readers thanks to the mixture of elements and styles that it includes.

The Eighty-Dollar Champion: Snowman, the Horse That Inspired a Nation by Elizabeth Letts 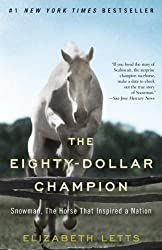 This book is about showjumping rather than horse racing, but it should still appeal to fans of races as it tells a thrilling story of a hapless horse that was on the way to the slaughterhouse before being found and turned into a champion.

Harry de Leyer saved the poorly treated horse by buying him for the princely sum of $80. He took the horse to his Long Island farm and taught him how to jump. However, even he couldn’t have guessed how far this horse would go.

Snowman went on to reach the pinnacle of the showjumping business, beating hugely expensive horses and becoming an unlikely national hero in the process. 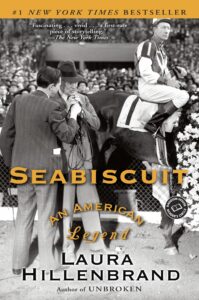 Another much-loved horse is the star of this non-fiction book that came out in 2001 and was turned into a movie a couple of years later. It was critically acclaimed when released and earned a string of prestigious literary awards for its writing style and content.

Seabiscuit was a hugely successful horse who had his glory days in the 1930s, and part of the magic of this book is in the way that it transports the reader back to those days with ease. It isn’t the only book to be written about this inspiring horse but it is arguably the best of them and many reviews mention the wonderful writing that evokes the period perfectly. 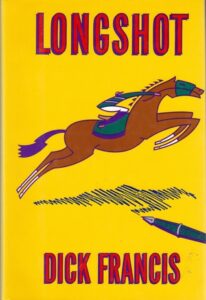 Not all horse racing books are about the real-life, inspiring stories of horses that have achieved lots of success against the odds. Dick Francis was a former jockey who carved out a tremendous career as an author by writing fascinating crime novels that usually revolved around some aspect of the horse racing industry.

It is difficult to decide which is his best book, but Longshot has to be in among the contenders. This book shows us how a struggling writer is contacted by an untrustworthy horse trainer to write his biography for him. The writer gets caught up in the glamorous lifestyle until a stable girl is murdered and he needs to work out who did it while staying out of harm’s way.