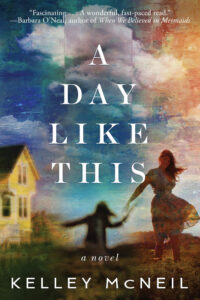 Today Book Club Babble is excited to be talking to Kelley McNeil.  Kelley, thank you so much for joining us today.  Let’s get started…

What inspired you to write this book? What is the story behind it?

This story began in several parts – first in the exploration of an idea I had a long time ago when my daughter was a baby and I was driving with her on a remote country road. “What if we were in an accident and when we woke up she had disappeared?” The thought made me shiver and I often thought it would make an interesting storyline to explore.

I also wanted to explore a story of a woman losing a beloved house and the way we tend to develop a kind of rosy recollection about past times and places in our lives. The story is often very much like a love letter to her “Yellow House” which becomes a sort of character in the book. I came across the Welsh word Hiraeth, which is roughly translated to: A homesickness or longing to return to a home or place that you can’t return to, or never existed. That phrase helped create the overall mood of the book.

Finally, I came across some very strange and compelling real-world accounts of people who claim to have experienced something similar to Annie (albeit somewhat less dramatic).

When I wove these elements together, A DAY LIKE THIS was born.

Who is Kelley McNeil, the woman behind A Day Like This?

It probably depends on the day you’re asking, because I feel like I’m a bit of a shapeshifter! First and foremost, I’m a mom of two daughters who are growing up faster than I believed possible. I swear someone put a spell on us all and I’ll wake up tomorrow and they’ll be sweet little toddlers again. (They’re still sweet, just much taller.) If I could have one superpower, it would be time travel, so that I could go back to those two little babies and be the mom I was at the start of it all. Creativity has always been an integral part of my personality, whether it was in music when I was growing up, writing throughout, or in my previous career in entertainment marketing, which I considered art-adjacent.

I’m also a wandering homebody, often happiest when I’m nesting at home before heading out and journeying elsewhere in the world. If I sit in one place for too long, I get a bit antsy! I tend to love slow living, rural life and bustling city streets in equal measure, all of which end up in the stories I tell. I’m endlessly curious and believe that there’s magic hidden just around the corner – just stop and take a breath and you’ll see it.

What was the most difficult part of writing it?

There are two different stories and plotlines woven throughout the book, and it was important that I take the reader on this journey without getting them lost. Adding to this, was the complication that Annie’s recollection and perceptions of reality were unreliable and hazy. It was definitely a challenge!

There are also themes of mental illness and psychosis through the book and it was deeply important to me that I treat these subjects with a great deal of sensitivity and respect. Annie’s story takes her on a path that explores her own fears and biases with regard to mental illness, which can be uncomfortable to witness. It was a challenging way to approach a delicate subject, and I hope that in the end, readers will feel the open-minded compassion Annie finds for herself and her mother.

How did you choose what to leave out and what to include?

This was the subject of many conversations! I had done a deep dive into several topics in the book – string theory and quantum physics, metaphysical theories, historical anecdotes, and the various mental health conditions that come into question. As a writer, I love a well-researched book, and I love it, even more, when I learn something new, so it was incredibly tempting for me to load the story with as many interesting facts as I could. The first draft was much weightier in this regard. But in the end, after much deliberation and some intelligent editing, I had to leave most of the research off the page in order for the heart of Annie’s story to shine through.

What is the biggest message you want to get across?

There’s a quote in the book that says, “We may never fully know what lies beyond the horizons of the mind. But perhaps peace may be found in allowing ourselves to embrace the unknown to see what unfolds when we get there.” This book is a story of intuition and ennui. It’s about the way we question and second-guess ourselves beyond measure and the voice that lives inside us, begging to be heard. It’s my hope that, like Annie in the story, readers might tune into this inner voice, and maybe even start to see the magic hovering around them in everyday life. And to look inside to see what happiness truly means for them.

Do you think that making meaning out of our stories is a form of therapy?
Oh most definitely! As storytellers, I think we have the unique opportunity to explore emotions, dreams, traumas and joys through the lives and adventures of fictional characters. Any form of art, whether it’s painting, music, writing, etc., is a form of therapy that allows us to access the subconscious and find healing, merely in the act of creating.

What has been your biggest learning experience since you started the process?

I think if you choose to pursue writing as a career, it’s important to understand that it’s an exercise in balancing patience and perseverance, which took some time for me to come to terms with.  There’s a lot of excitement, followed by sitting around and waiting, then more excitement, then more sitting around and waiting, all while honing your skills and improving. Once I learned to let go of the outcome and just focused on creating the best work I could, it became a bit easier.

What is your goal? The big vision of what you want to achieve by putting your story out into the world?

I’ve gotten a number of really moving messages letting me know that the book has opened their eyes and hearts and widened their perspective on their own life choices. That it’s touched them in some way. That’s what I hoped to achieve and so if I’m fortunate enough to keep doing that with this and future stories, then I’ll feel like I’ve succeeded. 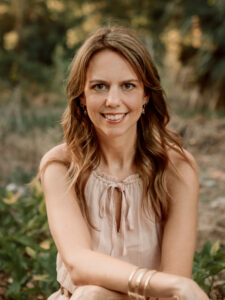 Kelley McNeil worked in the entertainment industry promoting concert tours and theatrical events for more than a decade before turning her attention to writing. She loves telling stories with a good pen and good music on hand, often with her two daughters bopping along nearby. She’s a native of Pittsburgh, but you can find Kelley living in South Florida most of the time and in London the rest of the time.