I’ve been reading some wonderful short story collections lately, and I’m currently co-editing an anthology for the first time myself. The experience has been satisfying in ways that differ from reading, writing, or editing longer fiction.

Rhonda Parrish’s Alphabet Anthology series had me at the first letter! You can read my Goodreads reviews of the first two books here: A is for Apocalypse and B is for Broken. Her latest installment, C is for Chimera, released this week, and maintains the top quality writing put forth in the first two. The chimeras in the collection, all creatures of mixed parts, are sometimes monstrous and sometimes wondrous. While each story has its own tone and style, together they bring the reader on a strange and fascinating journey.

I first discovered Rhoda on social media, when she put out a call for guest posts on her blog. I believe I was the first volunteer! This led me to explore her work, and it also got me thinking about what a unique experience it is to be part of an anthology. I caught up with Rhonda today to chat about her process, her new release, and much more. Thank you for stopping by, Rhonda!

Tabitha: I think of editing an anthology almost like curating an art installation at a gallery. You are pulling together pieces, arranging them in a thoughtful way, and bringing your readers, like visitors to the gallery, on a journey. Can you give us a little insight into your process?

Rhonda: I think that is a beautiful, peaceful description of what is often a difficult, painful, and tumultuous process LOL! I wrote about this a little bit in a blog post last year (you can read it here) but that only gives the broad strokes.

When it comes to whittling my shortlist down to a table of contents, I usually begin by re-reading every story and taking quick notes on it—nothing long or detailed, just a few words to remind me what it’s about, its word count, and what its weaknesses are. On that same read-through I sort the stories into those I definitely want to keep and the ones I’m on the fence about. And to be clear, I can be on the fence about them for plenty of reasons beyond the quality of the writing. It could be that I’ve got two stories with the same theme, for example, in which case I can (probably) only use one. This is also the point in my process where I identify the stories which just don’t mesh with the way the anthology is shaping up, and I email their creators that I pass on them.

I count up the number of stories on my ‘must keep’ list and total their word counts. I need to know that in order to figure out how many stories/words I have left to fill with the other stories from my shortlist. After that it’s a matter of trying to balance voice, style, themes, etc. and get the greatest diversity possible within the word/story count of the anthology. This involves a lot of lists, scratching things out, moving them around, pulling out hair (Not literally. Usually.) and cursing at the numbers. It sometimes also involves running stories by someone else at the publishing house in order to get a fresh perspective on them. Eventually I wrangle something that looks like a table of contents together and hope for the best.

Tabitha: Okay, that sounds a bit challenging! And I have to imagine editing the work of so many different writers for a single book also poses challenges. How do you preserve the voice of each writer and the tone of the story, yet still give the overall piece editorial integrity and cohesiveness? Or is the beauty in the variety?

Rhonda: For me the beauty is definitely in the variety. Every story in an anthology I’ve worked on has two things in common. First, it is appropriate to the theme/topic of the anthology. Second, I chose it. I think the combination of those two things work together to provide the backbone, or cohesiveness you’re talking about, and after that I am aiming for as much diversity between the stories as I can possibly manage.

Tabitha: Your Alphabet Anthology collection is quite unique. Can you tell us a little more about it, and how it’s different from some of the other anthologies you’re working on?

Rhonda: I’d love to! You’re right, the Alphabet Anthologies are significantly different from any other anthology I edit. In part because there’s no traditional submission/selection process. Each anthology has 26 stories, one for each letter in the alphabet. The contributing authors are each assigned a random* letter and then they have to use that and the theme of the anthology to inspire their story. Because of that, the authors have a virtually guaranteed acceptance for whatever they send me—virtually, not absolute—but their stories still go through an editing process. I like to think of it as having chosen the authors, if not the specific stories.

We put the titles, each of which uses the assigned alphabet letter as the first letter in the title, at the end of each story rather than the beginning because I think it’s fun to try and guess what that word is while you read. Each story having the same title format, and the “Top Sekkrit” nature of those titles has gotten a little unwieldy though, so in C is for Chimera I also gave authors the option of a traditional title for their story if they wanted.

*I do manipulate the randomization results a little bit to make sure no one gets the same letter twice.

Tabitha: C is for Chimera was released this week. Congratulations! I’ve read all three books in the series, and plan to read the rest, and the experience has been very satisfying. In one review I describe the stories as “haunting and darkly delicious.” Chimera certainly follows suit. How did you choose this particular theme?

Rhonda: My daughter actually chose this theme. My desk, ah hell, my entire house, is filled with Post-it notes with potential future themes jotted down on them—X is for Xenophobia, O is for October, U is for Undead, for example—and more than once I’ve been in the middle of a totally normal conversation and just said, “Oh! E is for Ephemera!” As a result my family tends to join in all the brainstorming. C is for Chimera was Danica’s suggestion and I thought it was fantastic.

Tabitha: I noticed one serialized story that has, so far, been carried through all the books. I found I was looking forward to hearing from that character in Chimera, and I hope he’ll continue to appear. Was this the author’s idea, or did you assign him the task?

Rhonda: That was 100% the author’s idea. I think they are ending that story with C is for Chimera and moving on to something totally different for D is for Dinosaur, but I’m not sure. We’ll just have to wait and see what they come up with next…

Tabitha: In addition to editing these fabulous anthologies, you’re a blogger and a fiction writer yourself. Can you tell us a little about your own writing?

Rhonda: It used to be that I wrote a lot of poems and short stories, but this year something odd happened and somehow I’ve ended up focusing on longer works. I occasionally miss doing the shorter stuff but this has been a fun challenge too.

I’m currently co-writing a paranormal non-fiction book with Mark Leslie about haunted hospitals. It’s my first foray into writing non-fiction but so far it’s been challenging and rewarding. I’m lucky to have a co-author who has been around this block a time or two and is able to guide the way for me.

Once that’s complete I’ll take a bit to catch my breath and then dive into the first draft of the Winterknight Towers novel I’m contracted to write. That, incidentally, is a whole new experience for me. Not writing a fantasy novel, but signing the contract for a book before it’s written. It’s pretty awesome, but comes with a whole new flavor of pressure LOL!

Tabitha: Do you find that editing makes your writing stronger, or are they two different skill sets?

Rhonda: Editing absolutely makes my writing stronger, and it also makes me really appreciate a good edit of my work even more. Unfortunately, sometimes it also makes it more difficult to shut the critical part of my brain up, but I think that’s a thing we all struggle with, not just editors, amirite?

Tabitha: Absolutely! I can agonize over one sentence for a very long time! How about a sneak peak at your works in progress?

Rhonda: In regard to the Alphabet Anthologies, C is for Chimera just came out this week and I recently announced the next in that series—D is for Dinosaur (coming next year). Volume four in the Magical Menageries series, Sirens, will be coming out this July.

I’m also in [Top Sekkrit] talks about a new anthology series we’re hoping to announce soon but I’m too superstitious to say more than that before the contracts are signed.

Tabitha: How do you balance all these projects? Do you sleep at all?

Rhonda: Sleep and I have a love/hate relationship. I love it, but I’ve battled with insomnia since elementary school so that’s a trick question! But really, I balance things with copious amounts of Post-it Notes, a big white board and a system not unlike triage when it comes to getting things done.

One of the great things about anthologies is that they stagger well. In theory, I could have one open to submissions, another in the process of being edited, a third being released, and a fourth about to open to submissions at the same time without having much overlap in the tasks I needed to do. So far I haven’t stacked four anthologies at the same time, and I’d really rather not, but it’s possible. In theory. 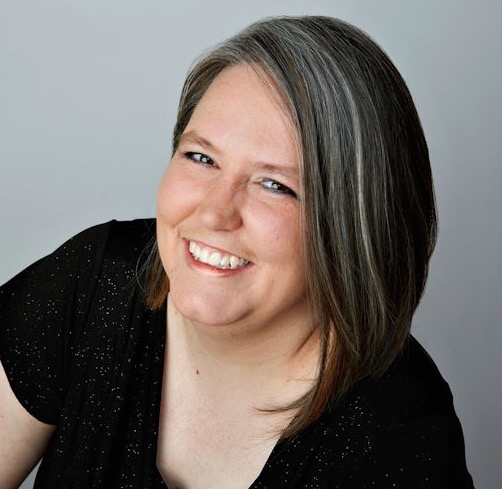 Rhonda Parrish is driven by a desire to do All The Things. She founded and ran Niteblade Magazine, is an Assistant Editor at World Weaver Press and is the editor of several anthologies including, most recently, Sirens and C is for Chimera. In addition, Rhonda is a writer whose work has been in publications such as Tesseracts 17: Speculating Canada from Coast to Coast, Imaginarium: The Best Canadian Speculative Writing (2012 & 2015) and Mythic Delirium. You can visit Rhonda’s website and blog at www.rhondaparrish.com, follow her on Twitter @RhondaParrish, and find her on Facebook.