What happens when a  young college graduate, Violet Baretto leaves her home in India to work in oil-rich Kuwait as a maid for a wealthy Kuwaiti woman? She stands up, not just for herself, but for the most vulnerable.

Fernandes’ novel is chilling, poignant and honest.  It is an inside look into the world of Sabah Dashti, the Kuwaiti matriarch who can’t tell Violet the truth.  Who cannot answer why nine of her previous maids have absconded, five of them found pregnant..

Kuwait is still patriarchal and women are second-class citizens. And despite the differences between this rich matriarch and her maid, both Sabah and Violet are hungry for success as it will give them a chance to live life on their own terms. Together they build a thriving business and also find out who the woman hating killer in their midst is. 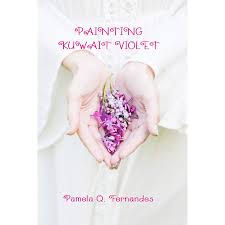 Painting Kuwait Violet was a Finalist at the American Book Fiction Awards, 2019 and today Book Club Babble is proud to interview the author, Pamela, thank you so much for being here today.

Maribel Garcia: In your novel, Violet Baretto a college graduate from Goa whose father has recently passed away and left her family in horrible financial constraints moves to Kuwait to become a maid.  Your novel reads so realistically, almost like memoir.  Were any of the events inspired by experiences that were confided to you?

Pamela Fernandes: I’ve met and spoken with many people who’ve worked in homes. Drivers, maids, helpers and while not all of the accounts are taken from them, some of the finer details have come from these people. The rest, you could open a newspaper and read reports of what happened and since I’ve lived in Kuwait (with a dad who’d read the entire paper cover to cover) I grew accustomed to reading similar incidences in the papers.

MG: The pacing in the novel is really great, the whole time the reader wants to keep reading in order to hear about the everyday, quotidian life of a maid in post-war Kuwait, but there is also tension. There is something very dark and sinister going on your protagonist has been warned to hear nothing, see nothing, say nothing.  I will not give away anything, but this was a brilliant way of dealing with very delicate issues.  What made you add this dark twist?

Pamela Fernandes: I have to thank my editor John De Boer for this. I had no intention of making it a thriller. But as he asked me during the first draft, “Is this real?” it made me think about how we could pace the book without giving it all away in the beginning. I’m not a fan of writing angst or misery lit. I myself find it very difficult to write gruesome stuff, so I needed to find a way to make the delicate issues palatable to a sensitive audience. The motto “see something, say nothing” became an explanation for why the characters didn’t take action earlier in the book. It’s because, from the very first chapter, they’ve been warned about sticking their noses where they don’t belong.

MG: In the novel, Violet works hard, eventually earns her employers trust and ends up befriending Sabah’s sullen teenage daughter by helping her excel in school and sports.  All of the while,  highly educated Violet has a hard time dealing with “a woman’s place” as second class citizens in Kuwait.  You were able to really get at the emotions of an angst-ridden teen, while also portraying the daughter’s privileged upper-class status.  As someone who lived in Goa, did you ever feel like this character?

Pamela Fernandes: I think class is something we all feel. The have’s and the have not’s. Growing up, we didn’t want for anything but we were tight with things. There were days, my mother would stir yoghurt, onions, and turmeric, call it curry and serve it to us on rice. We’ve seen hard days so the excess of the Dashti family and the oil-rich Middle Easterners can be quite a rude shock and it was when we ourselves lived in Kuwait. On the other hand, gender didn’t play much, personally during my early childhood as it did in Kuwait. I don’t remember my parents ever turning me down for anything or preventing me from doing anything because I was a girl. So feeling that in India was rare. When I returned to Kuwait I was eleven and it was hard not to notice the differences between girls and boys. That’s when gender became an issue and I could feel what Aliya, the daughter experiences. 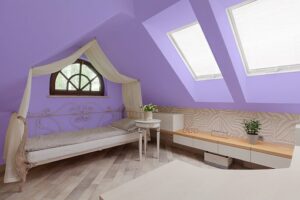 MG: Kuwait is still patriarchal and women are considered second-class citizens, yet two of your characters are very driven. Despite their differences, both Sabah (Violet’s employer in Kuwait) and Violet are hungry for success. What made you make these two characters so driven, did it have anything to do with the fact that women in Kuwait are among the most emancipated women in the Middle East? In 2014 and 2015, Kuwait was ranked first among Arab countries in the Global Gender Gap Report. How have readers from Kuwait responded to this kind of representation?

Pamela Fernandes: I think women everywhere are ambitious. They all have goals and will not stop until they achieve them.  Different people have different goals. Yes, Kuwait has now become very cosmopolitan, with roles for women everywhere. I visited the country a year ago and was quite impressed. There are Kuwait women working in banks, hospitals, and government offices. The drive to succeed is probably in everyone, and that’s what I wanted to portray. Women no matter, their class, their citizenship, status, color, all want to succeed. And one woman helping another can certainly make that possible. About representation, I haven’t heard much feedback from Kuwaiti women. I’ve had women from other GCC states, like the UAE and Bahrain respond with emotional letters. And it makes me happy that I could elicit those emotions, but sad that they feel this is a reality that is changing too slowly.

MG: In your novel, the villain (other than patriarchy) is also a woman-hating, killer.  It made for a great plot, but I loved that you also used fiction to draw attention to a very serious matter: domestic violence and abuse.  When it comes to foreign employees in Kuwait, they have very few legal protections.  I commend you for writing about such an important topic, has there been any negative feedback?

Pamela Fernandes: Thank you, Maribel. People who’ve read the book have reacted very positively. It’s true that legal protections are minimum but that’s the story all over the Middle East. Most women who read the book wrote to me saying they’re so lucking to be living in the west because they never realized all the freedom, they took for granted. The only downside when I released the book was that my Twitter was suspended during promotions and then reinstated a month later. Domestic violence and abuse are prevalent in the ME and I hope women reading the book appreciate what they have.

MG: Pamela, thank you so much for joining us today. 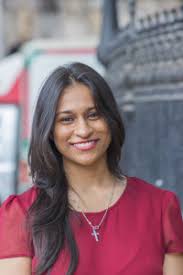 Pamela Q. Fernandes is an author, doctor and medical writer. Born and raised in Kuwait, she graduated from Angeles University College of Medicine, Philippines in 2007. Soon after that, she started her career as a medical writer and physician.

Pamela is an advocate of preventive health, rural medicine, women’s health and tele-medicine having been active in these roles for the majority of her decade long career in medicine. Pamela’s first women’s fiction PAINTING KUWAIT VIOLET was released in 2018 to much critical acclaim from women interested in the Middle East.

She continues to write women’s fiction, romance and Christian non-fiction. For more of her books click here