What matters? Waking up with general good health? Hot water in the shower? That first mug of coffee in the morning? The knowledge that you have a roof over your head? Or is popularity? Our desire to be liked and admired? 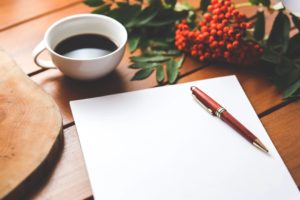 How many of us are obsessed with looking a “certain” way? No doubt our society values a flawless figure and face–not to mention the fashion industry’s preference for skinny models (which subsequently affects us all).  Let’s face it, having these attributes confers a special kind of status.  We don’t stop with our bodies either.  We want our homes, cars and even our job titles to look a certain way.  We live in a materialistic culture, and we are continually bombarded with the idea that we are not somebody unless we have nice things.  These things make us popular.

Mitch Prinstein’s Popular: The Power of Likability in a Status-Obsessed World examines, primarily, two types of popularity: status and likability.

He argues that we aspire to status when we should be aiming for likability since the latter is more likely to make us happier.  In a nutshell, Prinstein examines how our popularity affects our success, our relationships, and our happiness—and why we don’t always want to be the most popular.

Sadly, you learn that popularity continues to play key roles in our development and, ultimately, how it still influences our happiness and success today. What was even more disconcerting to me was some of the research that shows that our popularity, or lack of, in our early years predicts how successful and how happy we grow up to be.

The twist in Prinstein’s premise, however, is that it’s not always the conventionally popular people who fare the best.  Prinstein argues that there is more than one type of popularity—and many of us still long for the wrong one. As children, the popular children are the children that are most liked by their peers. In adolescence, there is a shift, and a new form of popularity emerges. We suddenly begin to care about status, power, influence, and notoriety.  And what is significant about Prinstein’s research is that this type of popularity hurts us more than we often recognize.

Maribel Garcia: Mitch, thank you so much for joining Book Club Babble. Can you tell our readers about your book and how the idea for the book came about? What made you want to research the subject and what has been the reception?

Mitch Prinstein:  I have been interested in popularity for years – arguably since I was 5 and first became curious why some garnered more attention than others.  But I have been formally studying popularity scientifically for twenty years.  Like many psychologists who study this topic, I have always been fascinated by how much our popularity shapes our childhoods and predicts our lives for decades after high school.  But I felt compelled to write the book as I started noticing that our society has been getting increasingly focused on the type of popularity that leads to long-term problems.

MG: Can you tell our readers the difference between status and likability?

Mitch Prinstein:  Starting as early as age 3, children can tell us who is most and least likable.  This is important, because our likability affects our lifelong relationships at home, at work, and as parents.  But when most people think about “popularity” they are remembering a second type of standing referred to as status – the extent to which we are visible, powerful, influential, and dominant.  Status is what every teenager is biologically programmed to want, but research suggests that those high in status group up to experience significant difficulties later in life.

MG: Can any of this new research be applied to helping curb bullying in schools?

Mitch Prinstein: Research suggests that bullies are likely to be high in status, and they report bullying as a way to maintain their status – by making others look weak, and themselves strong in comparison.  Schools that help to reduce an emphasis on status and reduce the frequency of bullying and children who learn how to think about bullying can escape psychological consequences.

MG: In the book, you say that adults who have memories of being popular in childhood are likelier to report happier marriages and stronger work relationships, while people with unpopular childhood experiences report just the opposite.  This surprised me.  Speaking from personal experience, looking back, I feel like I was not popular because I lacked the status that normally led to making someone likeable—even before adolescence. But, there are many, like myself, who have blossomed (or just think we have) into fairly likable people.

Mitch Prinstein: We can absolutely change our likability and this is worthwhile.  Some people recognize how their early difficulties with peers may have influenced the way that they see relationships today and are able to change their behavior, avoiding the traps that keep so many reliving their high school all over again.  This is really important because it is not hard for us to become more likable – we are given opportunities to do so every day.  But most people’s confidence and self-image is still based on who they were when they were 15, rather than who they are today, and that’s a trap that keeps us from changing as much as we should.

MG: How do we encourage our children to work toward the more desirable kind of status (likability) in the age of social media?

Mitch Prinstein: Social media can be used to become more likable, and to cultivate genuine relationships.  But that’s not how most platforms are designed.  Typically, they are all about status – how to accrue as many likes, followers, retweets, etc.  That’s a huge concern that makes me very worried as a child psychologist and a parent.  I am scared that kids are being lured towards something that we know harms them and will ultimately make them unhappy, but we feel too helpless to do anything about it.  That must change.

MG: What can women do, given that we are the gender that struggles the most in trying to achieve the right balance between status and likability.  Women in positions of power are usually found to be “unlikable” for the very same reasons that the men are admired and praised—their status and power?

Mitch Prinstein: That’s because, in adolescence, boys are able to be high in likability and status at the same time, but most high-status girls are hated by their classmates.  It’s an interesting gender difference that unfortunately sends all the wrong messages to teen girls.  In fact, women can be high in status and likable, but our tendency to react to our workplace the way we did among our high school peers can make it so much harder for women.  It may be beneficial if women who realized that the difference between likability and status to stand up for one another and help support those who are powerful and influential.

MG: Mitch, thank you so much for joining Book Club Babble today.

Mitchell J. Prinstein, Ph.D., ABPP is the John Van Seters Distinguished Professor of Psychology and the Director of Clinical Psychology at the University of North Carolina at Chapel Hill. He received his Ph.D. in clinical psychology from the University of Miami and completed his internship and postdoctoral fellowship at the Brown University Clinical Psychology Training Consortium. His work has been featured in The New York Times, The Wall Street Journal, National Public Radio, the Los Angeles Times, CNN, U.S. News & World Report, Time magazine, New York magazine, Newsweek, Reuters, Family Circle, Real Simple, and elsewhere.