Many may know Patricia Cornwell as a crime fiction author, well-known for her Kay Scarpetta series. Cornwell worked as a journalist in her native North Carolina, covering the police beat. She later worked as a computer expert at the Office of the Chief Medical Examiner in Richmond, Virginia. Consistent with the adage “write what you know,” Cornwell drew on her experience in Richmond for her early novels.

I had never read any of Cornwell’s novels when I picked up a copy of Portrait of a Killer, her 2002 nonfiction investigative work on the Jack the Ripper murders. In Cornwell’s own words (as indicated in Sickert), she felt that she was called upon to investigate the Ripper murders, notwithstanding the fact that she was disturbed by what her research revealed. Ripper: The Secret Life of Walter Sickert

is a follow-up to 2002’s Portrait, and discusses additional evidence and new insights on the life of Walter Sickert.

One caveat: Sickert is not for the faint of heart. If you drink up documentary forensic and investigative shows like I do, and you enjoy analyzing evidence, then you will be intrigued by this book. But be warned that it contains graphic photos of crime scenes and corpses, as well as descriptions of the modus operandi of different psychopaths, as illustrative of how Walter Sickert may have fit the profile.

The result of Cornwell’s research is a highly engaging investigative tour de force that leaves little doubt in my mind that Jack the Ripper was indeed famous British artist Walter Sickert. To be fair, Cornwell is not the only author who implicates Sickert in the Ripper murders, but she has certainly presented the most compelling evidence. Sickert reads like a novel, and I could not put it down. Cornwell recounts her team’s painstaking investigative work in great detail. The reader learns about mitochondrial DNA, stationery analysis, and many other investigative techniques.

Walter Sickert was a well-known and respected artist during the late 19th century. Indeed, he was an apprentice of American artist James McNeill Whistler, with whom he ended up having a tumultuous working relationship. Interestingly, Sickert also frequented the Whitechapel area of London, the scene of the murders attributed to Jack the Ripper.

Cornwell delves into Sickert’s life, using all available source material to determine whether Sickert would have fit the psychological profile of a psychopath. Interestingly, Cornwell was able to find out a good deal about Sickert’s early life. Sickert’s younger sister Helena Swanwick was a famous suffragette who wrote her autobiography, which includes memories of a young Sickert.

Cornwell describes occurrences that may have had something to do with the development of Sickert’s psyche. Sickert was brought up in Germany and, when he was five years old, his parents sent him to London to have surgery. Imagine the trauma of a five-year-old having surgery in a foreign country, without his parents, in the 19th century, with no anesthesia. Cornwell researched the hospital where young Sickert’s surgery was performed, the hospital employees, and sanitary conditions. She applies the same investigative detail to every facet of Sickert’s life.

Likewise, Cornwell analyzes Sickert’s behavior as an adult, and his relationships with friends and his three wives. For example, he did not spend much time with his first wife, Ellen. Consistent with the evidence presented by Cornwell, Sickert appeared to marry for money rather than love. Further, Sickert appears to always have been on the move, traveling between England and France and around England. In fact, Cornwell notes that his whereabouts for much of his adult life are difficult to pin down.

Cornwell points out that Sickert’s strange behavior was mostly written off by his contemporaries as the eccentricities of a genius artist. For example, Sickert was interested throughout his life in all things military, and “it was his habit to ask the Red Cross for the uniforms of soldiers who were disabled or dying.” It strikes me as odd, and illustrative of a lack of empathy, to ask for the clothes of someone who was dying but not dead yet. He apparently “thought nothing of appearing at the Red Cross hospital to sketch soldiers suffering and dying,” then asking them for their clothing.

Sickert contains additional, and even more troubling, examples of the artist’s strange behavior. Indeed, Cornwell indicates that, according to many of Sickert’s contemporaries, the artist appeared to have a dual nature. His friend, artist Marjorie Lilly, with whom he once shared a dwelling and a studio, described Sickert’s behavior as Dr. Jekyll assuming the “mantle of Mr. Hyde.”

Cornwell’s discussion of the forensic evidence, including traditional police work such as tracking the suspect’s whereabouts during the crimes, is fascinating. Her team tested the Ripper letters, i.e. those letters sent to Scotland Yard during the time the crimes were committed, for fingerprints and DNA. She examined an old guest book from a bed and breakfast in a place Sickert was known to frequent, and compared the book’s cartoon drawings with drawings in the Ripper letters. Her team examined the watermarks of stationery used by Walter Sickert and compared them to those used by the writer of the Ripper letters. The stationery comparison is, in my mind, the most compelling physical evidence in this case.

Cornwell discusses other crimes in and around London that were not officially attributed to the Ripper, but which were consistent with the Ripper murders. She notes that the Ripper may have been more prolific than originally thought.

Cornwell does an excellent job providing contemporary evidence in determining that Sickert appears to have had the motive and opportunity to commit these crimes. Further, as Cornwell concludes, Sickert’s behavior appears to have been consistent with the profile of someone who could commit these murders, especially regarding his apparent lack of empathy. The physical evidence (which I haven’t detailed here to avoid spoilers!) also strongly suggests Sickert’s involvement.

As Cornwell notes, Walter Sickert, if he was indeed the killer, was ahead of his time. Most disturbing is the fact that Sickert was apparently able to live a double life as a well-known Londoner hiding in plain sight, while surreptitiously perpetrating some of the most shocking murders in recent history.

If Patricia Cornwell had not felt compelled to investigate these horrible crimes, we may still be totally in the dark as to Jack the Ripper’s identity. 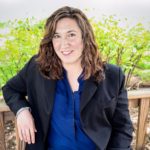