They’re Gone has everything we love about thrillers – interwoven plotlines, suspense, surprises, stripped-down prose, and lots and lots of action! But, that’s not all you’ll find when you peel back the front cover of Barres’s newest release. You’ll also discover characters whose history is complex and diverse, villans who have some noble, if misguided, intentions, and a “good” guy who does wrong and wildly illegal things, for the right reasons. 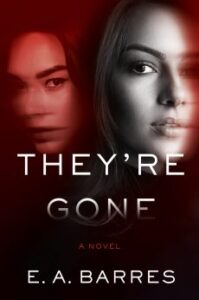 When Deb Linh Thomas’s husband Grant dies, it seems like an unfortunate accident. She isn’t finding it easy to put her life back together after the tragedy. Then an FBI agent shows up at her door, and she learns two things that suddenly make Grant’s death a lot more difficult to deal with. One, her husband whittled down their savings to almost nothing before he died, and she doesn’t know how she’ll be able to support her college-aged daughter Kim. Two, his murder wasn’t an accident, and the people who killed him could come after her and Kim next.

Cessy Castillo’s husband, ex-cop Hector Ramirez, is also murdered. Cessy’s reaction to hearing the news is closer to elation than distress since he was abusive, and she’d been wanting to leave him but didn’t know how she’d be able to escape. Her relief deteriorates when two men come to collect a debt that Hector owed their boss. She can’t afford to pay them, and the alternatives they offer bring up the disturbing ghosts of her past.

Deb and Cessy become allies of circumstance as the forces working against them multiply, and those who are supposed to be on their side turn out to be the enemy. 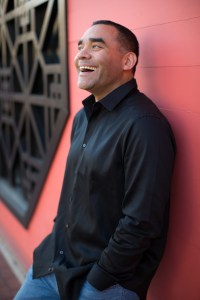 Anthony award-nominated author E. A. Barre’s most recent thriller, The Unrepentant, was published in 2019 by Down and Out books (written under E. A. Aymar). A former board member of the International Thriller Writers, he is also a member of the Mystery Writers of America, Crime Writers of Color, and SinC. Barres also runs the Noir at the Bar series for Washington, DC, and writes a monthly column for the Washington Independent Review of Books. He was born in Panama and now lives and writes in the DC/MD/VA triangle.