AMERILEXICOPHOBIA: What’s that you ask?

According to Lynne Murphy, an American linguistics professor, but longtime U.K. resident, it is an illness. It’s a form of distress that the British suffer from, an affliction characterized by obsessive vitriol toward Americanisms in British English. In other words, the American English language is, in Murphy’s words, Linguistic Public Enemy Number One for our neighbors across the pond.

English is under attack from American words that are “mindless” (the Mail on Sunday), “ugly and pointless” (BBC Magazine), “infectious, destructive and virulent” (the Daily Mail). American words “infect, invade, and pollute (The Times). Even Prince Charles has assessed the situation, warning that American English is “very corrupting”. 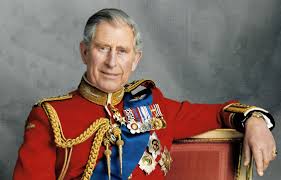 Are you going to just throw that kind of shade around?

Well, the good news is that Murphy’s book is filled with sassy comebacks for the haters.  Her book, The Prodigal Tongue: The Love-Hate Relationship Between American and British English celebrates the diversity and creativity of the English language. She argues that neither kind of English is more pure or precise. Her book is basically, a passionate defense of the “fantastically flexible medium” that is English.

It makes sense, really.  It got me thinking about the Renaissance. Back in the day, English was still considered something of a second-rate language. It wasn’t capable of expressing the full range of ideas that Latin could. Later, world-class thinkers and scientists in the 16th and 17th century came along and introduced thousands of Latin and Greek-derived words into the English language. Change is always happening.

Today, William Shakespeare is widely regarded as the greatest writer in the English language and the world’s pre-eminent dramatist.  He is also known for coining words left and right. This poet was simply recording the speech of his time.   Words such as auspicious, baseless, castigate, dwindle or multitudinous were just ax-ing for trouble. Yes, according to many a reputable linguist, you can trace “ax” back to the eighth century. The pronunciation derives from the Old English verb “acsian”- even Chaucer used “ax”.

While the work is undoubtedly scholarly (the woman is a professor of linguistics after all), it is still just as funny and engaging as it is informative. In 2006 Murphy started her blog Separated by a Common Language, in which she explores the differences in the two Englishes, and in this book, she continues her investigation of the unique relationship between British and American English.

Read this book if:

Don’t read this book if :