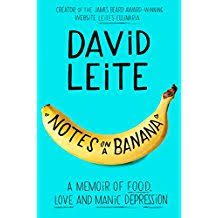 This book is about so much more than food. David Leite’s Notes on a Banana is so much more than a memoir about his journey as a food writer. Leite walks his readers through a poignant world of self-discovery as he learns from theater performance, claiming his sexuality, family relationships, bipolar disorder and, of course, food.

His story surprises and satisfies with language and a natural rhythm that is both heartwarming and heartbreaking. He takes us through the discovery of finding out that he suffers from bipolar disorder—a diagnosis that was even overlooked by the therapist who helped him the most—thus beginning the long healing process. Leite’s humor and the ability to see the outrageous in himself made me laugh out loud. By the same token, he tackled huge psychological challenges with a grit that in my view, was superhuman. For instance, the day that he came out as a gay man to his father was particularly moving. His immigrant parents adored their son, and homosexuality was more alien to them than the American culture in which they lived. They were also very religious. As a curious, sensitive, often fearful boy, Leite had been given the nickname “Banana” by his doting mother. Each morning, she left him a banana on which she had written a note in cursive. The message could have been about anything, a chore perhaps, but each note was cradled between the words “We love you” on one end and “God bless you” on the other. 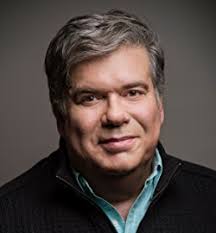 With this backdrop of parental love, the adult Leite joins his dad on a walk through a lane of an old farm where Leite worked as a teenager. His description of the sky, the tall stalks of grass near the fields, and the sweetness of the top of a stalk that he puts in his mouth is a contradiction to the anxiety he feels. The two walk in silence as Leite gathers his courage to begin the conversation with the one man he knows loves him unconditionally. Leite has brought a close friend, Bridget, with him to visit his parents, and this has resulted in a glaring misinterpretation of his relationship with Bridget. His parents, of course, are hoping for a daughter-in-law. Leite has, himself struggled with the possibility of marriage and family with Bridget in a desperate attempt to make himself “normal.” But it’s a fantasy that drives him deeper into the depression and anxiety he’s lived with since childhood. As the two walk, Leite opens the conversation.

“Daddy, I have something to tell you.” The grass bobbed in my mouth as I spoke.

We walked farther down the path, with me quiet, him waiting. I don’t remember if there was a buildup, or caveats, or tears. The words were just there somehow, out in the sunlight for the first time.

We had reached the end of the lane, where it opened up into the old fields. They seemed smaller than I remembered, less distinct and clear-cut. I looked straight ahead, trying to remain invisible.

“But…” He pointed in the direction of our house. “Bridget?”

“Daddy, you know timing has never been my strong suit.” After a long pause, I added, “It’s confusing.”

… He rubbed his fingers back and forth across as lips and then under his chin; it was a gesture he so often uses when he’s trying to gather himself. Before he spoke, I interjected:

“Are you surprised? Honest, tell me. Are you?”

He shook his head. There were so many questions I wanted to ask: when did he suspect? Did he remember my horror when he had explained sex to me? Was he disappointed? Before I could tell him that I wanted to change, that while I knew I loved Bridget, I was working very hard to become sexually attracted to her, he interrupted.

“Don’t say anything to your mother.”

I wanted to swallow my words whole. But there they were, glinting in front of us, taking up space and volume, refusing to be ignored.

This melted my reader’s heart.

As a child, so much of Leite’s discovery of his otherness and cultural identity came from food; the same food that would be such a significant part of his healing later in life.

…I noticed there were no families on TV speaking the soft sandpaper shushing of Portuguese words. Houses weren’t crammed with eight or ten people. No kid was ever forced to eat salt cod or octopus stew that seemed to take on pulsating purple life in the bowl. Fathers weren’t carpenters, and mothers certainly weren’t fat. TV people had maids who were plump, but it was always the mothers who pirouetted out of swinging kitchen doors, their dresses fanning open like morning glories, carrying anything made with Velveeta. 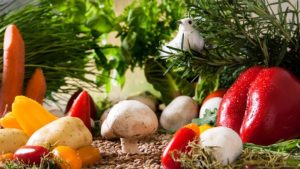 The cultural grace is in the food. The scent of Rofago, meat filled with onions and garlic, prepared by his beloved grandmother, Vo, filled the house, upstairs and down, with an aroma that lasted for hours. Leite writes of smelling the scent of Rofago on his fingers hours after the meal was over. Years after her death, as he remembered Vo’s cooking, Leite reclaimed her recipes, and his cooking became a critical component of his emotional healing.

Yes, “Notes On a Banana” is a food memoir, but I feel that to deny its importance as a window into courageous self-development would be to take away the loving spirit of the book. As I closed the book, I was hungry for more Leite. So I subscribed to his James Beard award-winning website www.leitesculinaria.com. 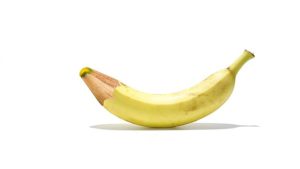 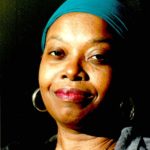 I’m Sala. I live in the Philadelphia area where an ever expanding community of extraordinary talent and camaraderie offers support for my efforts and the efforts of all aspiring writers. I’m working on a memoir infused with family, social change, spiritual studies and—love. Love is why I majored in and received a degree in Humanities. Love is why I write. Love is why I focus on what connects us, not what divides us. Please feel free to visit my blog: WORDS.