What comes to mind when you think critic? Better yet, what do general audiences think of when they think critic? If you ask my two teenagers, they might bring up Anton Ego, the imperious and acerbic food critic in Disney’s Ratatouille. In the film, Anton Ego is the Goliath to Remy’s David (Remy being the anthropomorphic rat played by Patton Oswalt who longs to be a chef). Anton Ego is the quintessential stereotype of a critic. It is no wonder that the character was designed to look like a vulture. He is, for all intents and purposes, a contemptible person who preys on or exploits others. His name (Ego) is an embodiment of someone absorbed in one’s self, excessively critical and self-centered. As far as film typologies go, good vs. bad, the critic is the person doing the criticizing or in the words of A.O. Scott, the one who provokes people to question our competence, our intelligence, our very right to exist. 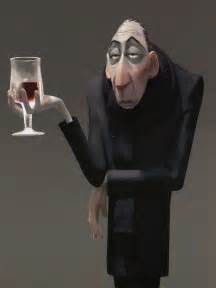 On the surface, this may seem the case, but A.O. Scott wants his readers to think critically about the role of the critic and that means reminding people that critics are employed to actively, skillfully and intellectually evaluate certain information and observations … you know, think critically. And, not hate. But how does a perceived “hater”, deliver this kind of message?

A.O. Scott’s latest, Better Living Through Criticism: How to Think About Art, Pleasure, Beauty, and Truth

is a defense of the art of criticism. Scott’s book draws on the long tradition of criticism from Aristotle to Susan Sontag and shows us that criticism is what allows real creativity to flourish. Moreover, he argues, the job of a critic is a specialized undertaking and not just something anyone can learn to do. I mean, without Anton Ego, what does Remy the Rat (aspiring chef) even know what to shoot for?

A.O. Scott is the chief film critic at the New York Times and Distinguished Professor of Film Criticism at Wesleyan University. He is joining Book Club Babble today to discuss his impassioned and deeply thoughtful defense of his art.

Maribel Garcia: Anthony, thank you for being with us today. Given these stereotypes, is it any wonder that the question often becomes, do critics have a right to exist? In your book, you write a lot about the perception that the work of a critic is all subjective. In your introduction, you remind readers that criticism is a job, more importantly, a species of journalism or scholarship. I thought that this was an excellent point of departure, something as simple as reminding people that critics bring in their own unique area of expertise. That they are trained to observe elements in food, films or books that either elevate its particular quality or dilute it.

I mean, let’s go back to Ratatouille for a second, without Anton Ego to set certain parameters regarding what constitutes great cuisine, how do we know if anything is any good? How will Remy or the restaurant know what it’s aiming for? You begin the book by telling us that the idea to write the book was born out of controversy. In 2012, you reviewed Marvel’s The Avengers and in addition to praising some aspects (clever dialogue and sharp performances) you complained about the film’s sacrifice of originality. Ultimately, your observation just stated that those characteristics that you praised were overwhelmed by soulless corporate spectacle. Your review was met with a tweet which caused quite a raucous. Samuel L. Jackson tweeted:
AO Scott needs a new job! One he can actually do!

This tweeter beef made the international news, and the backlash (from Avengers’s and Samuel Jackson’s fans) prompted a defense of criticism and a book dedicated to answering the question: what is the job of a critic? You answer this question in a variety of ways in the book, but do you have a short answer? 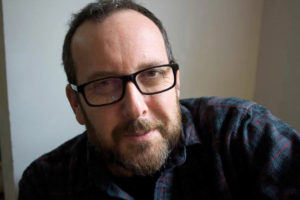 A.O. Scott: The critic has a few different jobs–audience surrogate; consumer guide; upholder of standards–but fundamentally the critic’s job is to think, to take the time and expend the energy necessary to make sense of a given work of art.

MG: In a recent interview with Slate’s Issac Chotiner, you were asked, “Who were you most loyal to, when writing criticism, the artist or your audience?” You answered: A critic is, in a way, offering consumer advice. I think it’s very, very important in a time where everything is commercialized, commodified, and branded, where advertising is always bleeding into other forms of discourse, for there to be an independent voice speaking to—and to some extent on behalf of—the public. You leaned toward the populist, the side of the public, insisting that your criticism is meant to guide and aid consumers. I thought of Consumer Reports magazine, do you think that your book, a conversation starter about the role of a critic, is setting the stage for making the argument that criticism in the arts is a legitimate kind of quality control? I mean, I don’t see Samuel Jackson going after anyone in that magazine for giving his car or any of his kitchen appliances a poor rating, right?

AOS: I’m not sure about quality control–critics don’t have much control over anything except our own words. But the analogy to other kinds of consumer goods works on a few different levels. For one thing, as you suggest, it is odd that we would try to exempt or protect certain kinds of products from judgment that we welcome in other cases. Before you buy a cell phone or a car, you might try to find independent evaluations, whether from friends or from other sources. At the same time, the companies who make those things spend a lot of money and effort to make that difficult, whether through advertising or through other, less overt forms of spin and propaganda. To defend those companies from criticism is a kind of toxic pseudo-populism that also afflicts the world of arts and culture.

MG: By asking, “Does criticism set a standard for artists to strive for?” in your book, it makes us look at the bigger picture, the role that art plays in criticism and vice-versa, but in the world of tweets and media sound bites, where more people will have the time or motivation to read Samuel Jackson’s tweet than read your book, what is a critic to do, if he/she wants to reach a larger audience? How do you envision continuing this conversation with the general public?

AOS: Social media certainly helps. Mostly I’m fortunate to have the New York Times as a platform, and the paper is currently experimenting with new ways to extend its readership and deepen the relationship between writers and readers. To be honest, though, my favorite way to engage with the public is in person. There is nothing I enjoy more–and nothing truer to the conversational spirit of the book–than talking with a room full of people who are curious, interested and sometimes quite skeptical about what I have to say. That may not be an efficient way to grow a huge audience, but I often think that the quality of that attention and the intensity of those conversations is better than big numbers. A reader and a writer are just two people, after all.

MG: The 2012 Twitter debacle shows how critics can be held accountable for their opinions, how has the incident affected your approach to criticism? Are you more self-conscious of your authority? Or, has writing the book in defense of criticism made you more confident?

AOS: The whole experience has made me more dubious of the notion of critical authority, and some of my critics have faulted me for not mounting a more robust defense of that idea. But all a critic really has or needs is the persuasive power of his or her voice, and a handful of readers willing to listen to it. Figuring that out in the course of writing the book and seeing it confirmed after the book was published has made me a more confident writer, and also more aware of the wonderful absurdity of my profession.

MG: Why do you think that criticism makes people so uncomfortable?

AOS: We’re generally uncomfortable with judgment, with argument, with the honest expression of opinion. We want to be nice, to avoid conflict, and we don’t like to be challenged. But at the same time, we can’t stop judging or arguing, and we value the truth. It’s just one of the many paradoxes that define us as a culture, and maybe even as a species.

MG: As a critic, how would you discern between someone’s tastes and artistic judgments? Or better yet, how does a professional critic keep his/her views relevant when addressing a public that might not watch as many movies as you do or know anything about film theory?

AOS: I know very little about film theory, to be honest. But it’s true that, even as we embrace our identities as regular movie-goers, we see movies in different conditions than our readers do. The answer, always, is just to write as clearly and honestly as you can, so that our greater access and broader knowledge is helpful rather than confusing or obnoxious.

Anthony, thank you very much for joining us today. Readers who would like to hear more may click on the Author’s Cut interview with the author.