Saving Alex: When I Was Fifteen I Told My Mormon Parents I Was Gay, and That’s When My Nightmare Began 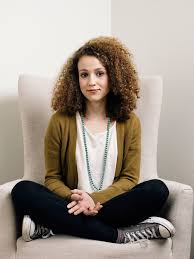 Normal. Typical. American kid. She took piano, karate, ballet lessons, loved to watch Law and Order re-runs with her mother and ride her purple go-cart a little too fast down her street. Alex Cooper was a little rowdy and independent; sometimes she talked back to her parents, sometimes she didn’t want to go to church on Sunday. But, for the most part, life was good. She adored her family and she felt safe with them. The beginning of the memoir reads like a novel about a child’s coming of age:

The home my parents made together was surrounded by apricot, pear, and plum trees, which flowered in the springtime and grew heavy with fruit in the summer. There were chickens, roosters, rabbits in the yard, a reminder of my mom’s childhood in a farmhouse…Our street was the kind where a bunch of kids were always out, riding bikes or scooters…

Alex Cooper was also a Mormon and even though she often grew restless during Sunday school class or didn’t feel like going to church every Sunday, being a Mormon was a big part of her life and one that she cherished. “Even when we misbehaved,” writes Cooper when reflecting on the actions of her best friends, “we never imagined leaving it.” At church, Cooper was taught that Earth had been created 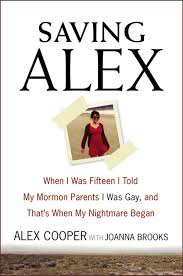 as a place where people could gain experience, make choices and also learn from them. And when you passed, no matter what happened on Earth, families would be reunited in heaven. Cooper found this comforting, so she had no reason to fear or doubt her religion or the deep love that her parents had for her.

Until love and acceptance became conditional.

Cooper’s life changed in one afternoon. It was 2012 and she was 15 years old. She came home with a hickey on her neck and her mother asked, “Are you having sex?” Cooper replied:

Very soon thereafter, Alex was sent to Utah to live with a strict Mormon family who used both physical and abusive treatment methods to “cure” her of her homosexuality. At the Siale’s household, Cooper is expected to be an unpaid servant, punched in the stomach and made to walk around with a backpack full of rocks. Throughout her ordeal Cooper tries to get away, but nearly everyone in the community was Mormon and had already been prepared for her arrival. This meant that no one could or would intervene to help or free her. Back home in California, her parents were not allowed to see or hear from their daughter. They had been told to trust the Siale family. They had no reason to believe that their child was being brutalized.

What follow are many tension filled scenes, harrowing accounts of relatives, religious leaders and even parents turning their back on a teen trying to escape her “conversion” captors.

The end, however, is very uplifting. When the Siale’s finally allow Cooper to attend the local high school, she meets students who are part of the school’s Gay Straight Alliance. The group is instrumental in connecting her to a lawyer who helps Cooper navigate the Utah court system and gain the legal right to refuse reparative therapy. Cooper is reunited with her family, even though they have not accepted their child’s sexuality–showing that homosexuality and faith are not always easily reconciled.