Gotta say, March 2016 was a good month for memoirs. Yes, indeed. Consider this list a bocadillo, enough to tempt your appetite but certainly not intended to be a full meal. 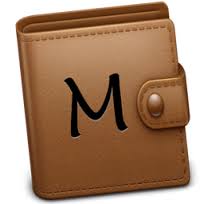 In full disclosure, Sue Klebold’s A Mother’s Reckoning was actually a February release. It took me a while to get through that one, not because it wasn’t good, not at all. Actually, the writing is superb. The subject matter is just so difficult that negotiating it is like walking through a land mine. You never know when you will be hit with something so gut-wrenching you will have to put it down. I can’t emphasize how important this memoir is. What you learn at the end is a true revelation—one that will eventually save many a life.

In honor of Women’s History Month and International Woman’s Day on March 8, I have included Julia Serrano’s The Whipping Girl, which was released on Woman’s Day itself. Originally published in 2007, the Second Edition was published this month and it deserves a shout-out. Well, without further adieu, my March Memoir Madness list:

A Mother’s Reckoning: Living in the Aftermath of Tragedy

When Sue Klebold held her newborn baby boy for the first time she vowed to love and protect him. For the next 17 years she did everything she could to ensure that her child was happy and that all of his needs were seen to. A good mother, she cuddled and tickled. She withheld sugary cereals and limited his TV time. Sue, along with her husband, taught him to be polite and kind, but at the end of her son’s life, Dylan Klebold was hiding something. He was concealing how unhappy and distressed he was and his loving parents had “drastically and lethally—underestimated the depth and severity of his pain and everything he was capable of doing to make it stop.” On April 20, 1999, Eric Harris and Dylan Klebold walked into Columbine High School in Littleton, Colorado and went on a shooting spree, killing 13 people and wounding more than 20 others before turning their guns on themselves and committing suicide. The Columbine shootings rank as one of the worst mass shootings in the U.S. history as well as one of the deadliest episodes of school violence.  A Mother’s Reckoning: Living in the Aftermath of Tragedy is Sue Klebold’s testament to the complexity of her son’s life and the senseless death and injury of so many innocent lives. 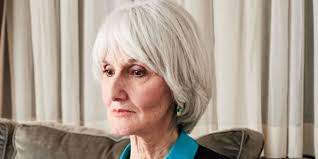 Sue Klebold has spent 16 years trying to understand why her son did what he did. She is painfully aware of the magnitude of suffering her son’s senseless massacre had on people and it’s one of the reasons she wrote the book. But broadening our understanding of how tragedies like Columbine can happen is her essential mission. Since the tragedy she has committed her life to raising awareness about suicide prevention. Ultimately, she asks the reader to rethink the way that society has looked at suicide in an effort to prevent more loss of lives. Although difficult to read, this memoir is incredibly well written and, hopefully will serve its purpose to help others.