A few times a year I’m asked to review a short story collection and I am always pleased to do it, especially when the publisher is World Weaver Press! With their focus on speculative fiction, this quality small press produces several full-length novels and a few carefully curated anthologies every year. Released in time for the holidays, Mrs. Claus – Not the Fairy Tale They Say, is an eclectic mix of tales, featuring Santa’s ever present yet little know partner in Christmas cheer, Mrs. Claus.

From Valkyrie to witch, ice goddess to fae, Mrs. Claus has been vividly reimagined within these pages, and she’s no one’s side-kick! The stories run the gamut of speculative genre fiction, from fantasy to horror to steam punk to straight up sci-fi – each tale providing Mrs. Claus with her own unique voice, character, and purpose.

A few of my personal favorites include the short but sweet “Good Morning” by Kristen Lee. Trapped in cold Christmas magic, Eve risks her life to break the spell, and free herself and her beloved Nick from their yearly forced duties. In “Unexpected Guests” by Andrew Wilson, human thieves trespass in Lady Elora’s magical realm, searching for the fabled treasure of Father Christmas. Randi Perrin’s Rhiannon Claus, star of “Moves Like Jagger,” is a witch whose elves are loosing their magic. She enlists the help of a Rolling Stone music critic to kidnap her estranged mother, wife of a band member, hoping that mom will help with the cure. Michael Leonberger’s strong, edgy voice makes “Miss ‘Lil Toe Head” a stand out among the darker tales. An emotionally scarred young woman, who plays Mrs. Claus for cash during the holiday season, runs into the real deal on the roof of an abandoned building. Despite its rather gruesome title, “Red to Hide the Blood” by Hayley Stone, is really a late in life love story, with a little mystery and a lot of charm.

Kudos to editor Rhonda Parrish for once again pulling together a noteworthy collection of stories! 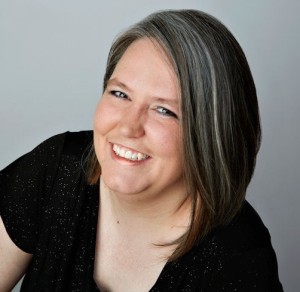 About the editor: Rhonda Parrish is driven by the desire to do All The Things. She was the founder and editor-in-chief of Niteblade Magazine, is an Assistant Editor at World Weaver Press, and is the editor of several anthologies including, most recently, Sirens and C is for Chimera. In addition, Rhonda is a writer whose work has been included or is forthcoming in dozens of publications including Tesseracts 17: Speculating Canada from Coast to Coast, Imaginarium: The Best Canadian Speculative Writing (2012 & 2015), and Mythic Delirium. Her website, updated weekly, is at www.rhondaparrish.com.