Usually, I’m not too fond of heavy swathes of confusion painted throughout a novel. My preference leans more toward a healthy smattering. But, We Lie Here by critically acclaimed author Rachel Howzell Hall pulls off its twisty bits of misunderstandings with Picasso-like ease. I read this thriller in a flash and not just because I wanted to find out the truth. I enjoyed the entire journey even though I was three-quarters clueless at least half the time, which takes me back to fourth-grade math class, but that’s an entirely different story.

The story in question, We Lie Here, begins when Yara Gibson returns home to Palmdale, California, to throw her parents a twentieth-anniversary party. Yara is already distressed and uncomfortable staying in her childhood bedroom and not just because her mother’s smoking habit triggers her asthma. But when she gets a cryptic text from her mother’s estranged friend Felicia Campbell: I have information that will change your life, her stress elevates. When Felicia turns up dead, it’s through the roof.

As Yara attempts to uncover the truth, she exposes buried family secrets and current relationship problems between her parents, making their twentieth wedding anniversary party seem like a farce. She presses on, finding herself in the strange position of trying to solve a murder and plan a celebration simultaneously. I loved the juxtaposition of these “goals” and am so happy Rachel Howzell Hall was able to chat with us about her engaging thriller.

Amy Wilhelm: Holy cow this one had a surprise ending! Not to give anything away, but how did you manage to keep us guessing without aggravating the heck out of us?

Rachel Howzell Hall: Ha ha! I’m glad you were surprised – and I hope that I earned that! Part of the guessing game is in the foundational build of the characters. Yara’s not totally reliable between her health issues, her flair for storytelling, and her trust issues. Barbara has anger and loyalty issues. Dominique is complex. No one is perfect and so no one escapes scrutiny. Just like in real life, right? And I think we all know that people aren’t perfect, but sometimes, a book can portray characters that are either all evil or all good and to me, that’s aggravating. Some readers like those clear definitions and may find my shaded characters aggravating.

I also study true crimes that are similar – and We Lie Here is inspired, in part, by a case involving… Well, I won’t say because that will be a spoiler for readers.

AW: Even though We Lie Here is a thriller, the question of how much family deserves, or doesn’t deserve, our loyalty is one that fascinates me. Is the idea of loyalty to family abused by those who act poorly?

RHH: Great question – and it is! Families assume that blood excuses everything. They can 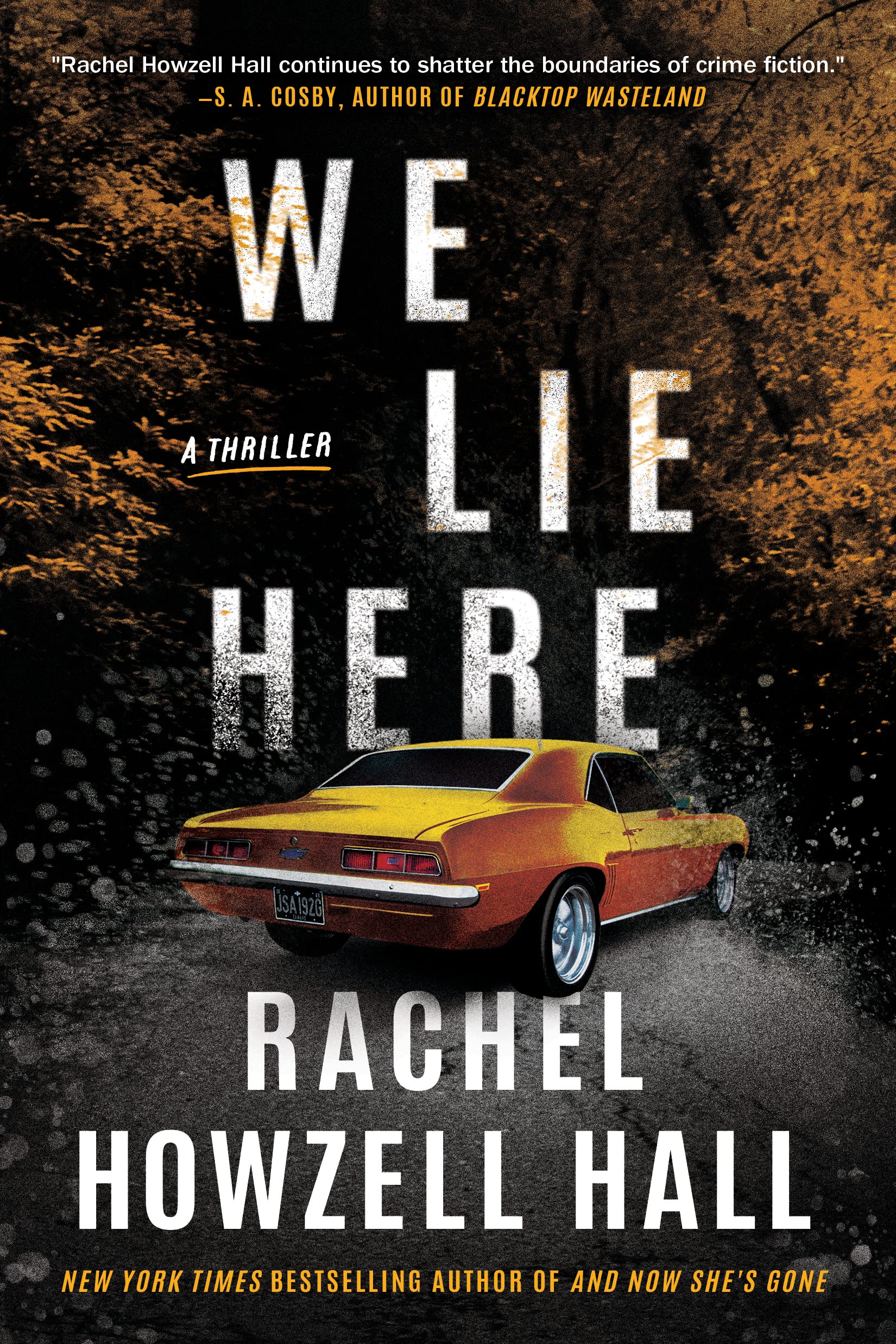 treat you horribly, abuse your trust, (and your body, for some people) and if you speak up, then you’re disloyal. And I’m fascinated by this kind of… cult-like behavior. I think people are starting to shake that off some – and this also includes church families – because they realize how wrong and dangerous this controlling behavior can be.

AW: You wrote The Good Sister with James Patterson. What do you like about collaborations? What’s challenging?

RHH: What an amazing experience – first, to be invited to collaborate and then, to learn from one of the greats. The most challenging aspect was getting past that fear of failure. Writers already struggle with that, but it’s worse when you don’t want to disappoint someone you respect and fear that new readers will reject you and hiss, “You’re not James Patterson.” While that was challenging and scary, I did enjoy learning his techniques – from cutting down words to make them pop to writing perfect cliffhangers at the end of every chapter.

I enjoy the prestige of having collaborated with James Patterson – it helps in those cases where readers discount me, but then lift their eyebrows when they hear that I’ve written with someone they absolutely respect.

AW: How’d you get started as a writer, and what drew you to thrillers? What can we expect next?

RHH: Like so many of my writer-friends, I was always that kid with a notepad, pen, and book. I even wrote down commercials while watching TV. Thrillers just felt natural – I was always interested in all the noise and weirdness and wrongness of the world around me, and I hated how I held my breath for so much of it growing up. ‘What’s about to happen?’ was always a question I had and to make myself calm down, I’d plot out my exit or how someone would respond. As I grew up and as my mind matured, I was right in so many of the scenarios. Even now, I can tell what someone’s gonna do, like if a new person at work will stay at the job or quit in six months. It’s that ‘What’s about to happen?” that drives all that I write.

What’s coming next? A story set on Catalina Island, which is just 26 miles off the coast of Los Angeles. A young woman returns to that island to uncover the truth about her family’s murder twenty years ago. It’s a story about family (but not family secrets, really), greed, race, and belonging. It’s called, What Never Happened and it will be out next summer!