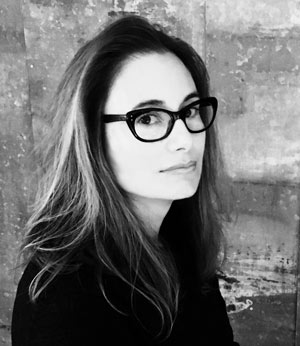 With the eagerness of a student and knowledge of a seasoned teacher, Ms. Spiotta spins a captivating story that echoes a real life game of truth or consequences. Her characters are drawn from an exquisite blend of insight and curiosity, each exhibiting a unique relationship with objective truth. The stories they tell themselves and each other form a literary collage that is a delight to explore.

Innocents and Others begins with a quote from Henry David Thoreau, “What is a course of history, or philosophy, or poetry . . .compared with the discipline of looking at what is to be seen?” The author herself provides the viewfinder necessary to see the thoughts, choices, and motivations of her primary characters Meadow, Carrie and Jelly, through the relentless inquisitiveness she applies to the variety of topics that interest them (and presumably herself). In fact, Ms. Spiotta’s irrepressible intelligence and spirit bubbles to the surface of her novel so frequently that your imagination will surely be awakened in a sort of osmosis.

Spiotta slyly offers the temptation to research and/or experience her character’s passions firsthand. While learning of Jelly’s entry into the enticing world of phone phreaking, you might find yourself doing a Google search: www.historyofphonephreaking.org. Or, as you follow her conversations with Jack Cusano, a famous music producer, you could discover you’re wondering how well you listen and where becoming a better listener may lead you.

Listening and its power is a recurrent theme in Innocents and Others. Both Jelly and Meadow are expert listeners. Jelly uses listening as a seductive tool to make men fall in love with her. And, Meadow wields a stealthy combination of listening and probing interrogation in her interviews/documentaries, getting her subjects to reveal themselves to her, and unwittingly to all who will see the films she constructs out of their confessions.

While Jelly’s listening skills bring her closer to those she speaks to, Meadow’s conversations alienate her from the subject of her interview and from her sense of compassion. She only questions her motives when circumstances force her to look at the truth she has hidden from herself.

Despite her frequent lack of introspection, Meadow Mori, like Thoreau, is fascinated by “looking at what is to be seen.” This obsession is illustrated by her enthrallment with both watching and creating films. She also likes to make lists. In fact, a good deal of what we learn about Meadow emerges through her lists. Whether they are lists of films she’s made, her thoughts on twenty consecutive viewings of Charlie Chaplin’s City Lights, or an unfinished list of personal faults, they reveal her inner workings and give her a sense of potent personality even if it is disconnected from an accurate sense of self. Meadow’s lists contain an element of self-consciousness, as though she knows someone will be reading them. As if she is being filmed and everything could be viewed by anyone at any time.

You could think using lists to tell a story would come across as artificial but as with everything else in Innocents and Others it works because it is honest. List-making is exactly what we expect Meadow to do once we get to know her, which, ironically the lists help us to do. The habit sharply contrasts with her impulsiveness (moving in with a famous filmmaker the day she meets him) and carelessness (driving so recklessly she endangers the lives of others).

Passionate and focused (usually), Meadow is fascinated with films and watches them in a binge-worthy manner. It is as though through continual consumption she will become a part of them. As if at some moment there would be no difference between her and the images on the screen. But there is always an inevitable separation between her and the object of her focus and she remains separate and alone. Even in her relationships Meadow is constrained by her perpetual recreation of isolation. Like Prometheus pushing a rock up a hill, the conclusion to all her attempts at love or some facsimile of it, end predictably–crashing down to earth.

Carrie Wexler, a friend of Meadow’s who is also a filmmaker, bears witness to her penchant towards isolationism. And if Meadow binges on movies, than Carrie’s binging is much more conventional–doughnuts and pizza. But, Carrie doesn’t share the same desire for exclusionism as Meadow and ultimately she achieves much more commercial success. In the end she isn’t any happier. Successful, yes. Happy, no. These two friends are opposites in almost every way, yet the same in their separate but equally distressing crises.

The life of Jelly, a woman who became quietly famous for cold-calling men and drawing them into nonsexual intimacy, is also stewed in the broth of unhappiness. When she calls these men she creates a false life for herself, just as film creates a false life, just as lying to yourself or to others creates a false life. Even when Jack comes to love her truest self, Jelly can’t escape the lies around which she’s constructed her life.

Though Ms. Spiotta’s characters struggle to merge the internal and external images of themselves, her novel is not dark. Although, it is not light either. It simply feels real . . . uncontrived, which is a feat considering it is all fiction. But the story is as well-told as it is worth telling. It is all that we as humans are: honest and deceptive, forgiving and judgmental, desperate and hopeful.

Looking At What is to be Seen: A Review of Dana Spiotta's Innocents and Others
Overall Reading Experience100%
Pace and Tension94%
Character Development100%
2016-03-08
98%Overall Score