Books being released in February of 2016 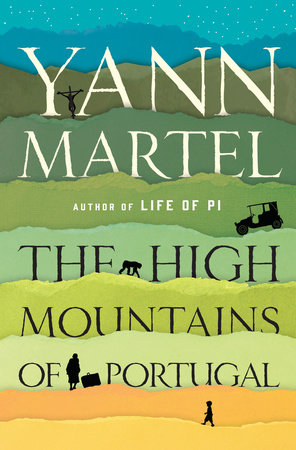 Yann Martel captivated our imaginations with his fantasy adventure novel  about a teenage boy adrift at sea with a Bengal tiger in Life of Pi (2001).

Now he is back with his fourth novel.  It’s a highly anticipated historical fiction novel, called The High Mountains of Portugal (Knopf Canada).

“Pack your bags,” writes Ron Charles from The Washington Post Review, “…Martel is taking us on another long journey… but the itinerary in this imaginative new book is entirely fresh. . . Martel’s writing has never been more charming, a rich mixture of sweetness that’s not cloying and tragedy that’s not melodramatic.”