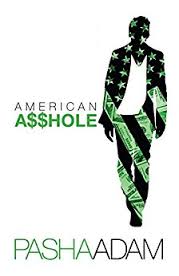 Or would that make you an asshole?

River Conway, the main protagonist in Pasha Adam’s debut novel, American Asshole, orchestrates such a campaign, and guess what? He doesn’t care what you think. River is a millennial, trying to pursue fame and fortune with a crowdfunding campaign. He has been told his whole life that he was meant to be someone BIG. His mother, described as overindulgent and “floundering in the lower middle class,” had taken her eight-year-old son aside one day, looked him in the eyes, and told him, “You are destined for greatness. You can be anything you want to be as long as you put your mind to it.”

His idea to “raise” a million dollars comes after finding out that he wasted his 20s in a cubicle job in the suburbs of Arizona. Only a day and a half after graduating from the Tish Performing Art’s school, his girlfriend’s father was diagnosed with cancer. The couple moved to Arizona, and he put his dreams on hold. He writes:

What began as a sojourn in Arizona turned into a living purgatory, held hostage by Alana’s father, a man who resisted health as much as he resisted death. Days turned to weeks, weeks turned into months, months turned to years…when he finally did the honorable thing and died, he took my hopes and dreams to the grave with him.

His decision to crowdfund his vanity project was also prompted by the success of his nemesis Tyler Price, who, unlike River has made a name for himself in LA. The death of his girlfriend’s father prompts River to make some big decisions. He packs his bags, moves to California and doubles down on his desire to be successful. With the money and the fame come the pressure and the pain. River uses crowdfunding to propel himself into becoming a reality TV star and he finally gets everything that he has ever wanted. In the second half of the novel, the author offers an exploration of what happens when individuals value fame, money, and image over community, affiliation, and self-acceptance.

Readers, you will have to read the novel to find out what River Conway learns about the “reality” of life in the public eye and the price of fame. Sorry, you’re not going to get any spoilers here! Meanwhile, we have invited River’s creator to Book Club Babble and asked him to explore some of the timely and provocative themes explored in his novel. 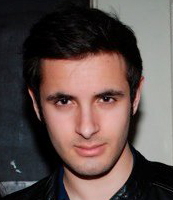 Maribel Garcia: Pasha, thank you so much for joining us. I was reading Alain de Botton’s book Status Anxiety recently and was struck by this passage:

The consequences of high status are pleasant. They include resources, freedom, space, comfort, time, and importantly perhaps, a sense of being cared for and thought valuable (even when the joke lacked bite), deference and attention.

Your novel fleshes out these themes beautifully, insofar as it captures our desire to be somebody. How did you come up with the idea to explore this perverted version of the American dream? And what is your personal take regarding how we have gone from noble aspiration to a commonplace expectation of individual enrichment?

Pasha Adam: Thank you for the kind words!

Although the novel ultimately became a take on the American dream, I never sat down to write with that in mind. I mostly just wanted to write about my own dissatisfaction at the time. And the idea of the Kickstarter may or may not have arisen from something I did as a “joke” in 2011.

What fascinates me about River’s journey is that he’s someone who’s nihilistically devalued almost everything life has to offer. And when someone devalues that much, they can either fold in on themselves and just give up or devote their life to the pursuit of something that has no façade of meaning. In this case: celebrity and wealth for the sake of fame and wealth.

Beneath it all, River has this artistic itch that needs to be scratched. And there’s a lot of tension between that and the nihilistic fame he pursues. I don’t even think that pressure is specific to Hollywood and celebrity. I believe that it’s always been part of the American dream and can be applied to anyone in any field who conflates chasing the carrot with fulfillment.

I’m also not convinced the consequences of having a high status are pleasant. Maybe they are from the outside looking in. I’m all about that hedonistic treadmill.

MG: Do you consider yourself a millennial? Do you think that the millennials have reconfigured the concept of the American Dream?

PA: Demographically, I’m definitely a millennial. Do I mentally consider myself a millennial? I didn’t. I used to just think I was an asshole. But then I watched HBO’s Girls and was like, “Oh look, there are other people like me!” Although to be fair, I had the same reaction when I watched House of Cards and Kevin Spacey started talking to the camera.

I’m not sure if millennials have reconfigured the concept of the American dream. Their aspirations may not be driven by materialism as much as past generations. Mine are. Maybe. I do like shiny objects. I’m also English. But then if I cared that much about money, I wouldn’t be writing novels.

YouTube has actually confused my understanding of millennials and the American dream a lot. Specifically, people who make a shitload of money from blogging. YouTube on my Apple TV is set up to autoplay videos. One lunchtime, a year or so ago, the app recommended a kissing prank video. Next thing I knew, it was bedtime.

I can’t tell if this has answered the question.

MG: Remember when celebrities were an elusive class of elite superhumans? I’m thinking old school movie stars like Greta Garbo, Bette Davis, Audrey Hepburn. They would never dream of carelessly getting out of their limousines and flashing their private parts to the paparazzi. Hell, they would not have even dreamed of going commando in the first place. My point? And I do have one, is that the gap between “us” and “them” has closed, significantly. Social Media (online tabloids in particular) play a significant role in your novel. Pictures of celebrities doing everyday things are ubiquitous, and they make us feel that we can be just like them. Do you think that this is why our culture is so obsessed with famous people, better yet, with becoming a celebrity? 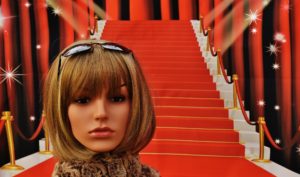 PA: Is our culture obsessed with famous people anymore? I don’t know. Is the dude who does those kissing prank videos famous? The lines are all blurry.

It depends on how we’re defining celebrity, I guess. The ones who are famous for being famous? That’s probably attainable and relatable to a lot of people, sure.

The people who are famous because they’re talented have usually made a lot of sacrifices and put in a lot of hours to get where they are. Sure, they have a nice life, but to want fame so you can have their lifestyle without putting in the work kind of misses the point.

MG: In the novel, River Conway does not employ social networking just for the sake of making memories, he is always fishing for compliments, seeking the approval of others. Do you think that he will outgrow this compulsive need for validation? Or is it here to stay for him and for all others using social media to supposedly “connect”?

PA: I don’t know. It depends if you think he’s a narcissist. If he is, those impulses may or may not mellow with age. If he’s just someone desperately striving to fulfill his potential, he probably needs the validation social media provides to stay motivated on what is otherwise a very demoralizing journey.

MG: The other thing that your novel explores is body image, male body image in particular. The trouble with social networking is that nearly everyone presents an unrealistic portrait of themselves and this is something that River Conway finds out fast. He was already in great shape and attractive, but he learns that the scrutiny that celebrities (even reality celebs like himself) are put under is intense and subsequently leads to adverse psychological effects, not just on the celebrities themselves, but on their friends or followers. Is this something that you experienced or saw upfront?

PA: It’s not something I’ve personally experienced. That said, I’m not going to the gym three to four times a week and drinking kale smoothies for my health. I don’t think that is unique to me, though.

I definitely think having a male character experience degrees of body dysmorphia was interesting to me, though. I actually think his body image issues have less to do with comparing himself to others and more to do with the impossibly high bar he sets for himself.

MG: I would ask a question about the end (which I really liked), but I don’t want to give anything away to our readers, so let’s talk around it. Was it hard to come up with it? You kind of kept us guessing?

PA: The ending wasn’t hard to come up with. Whenever I write something, the ending is always the first thing I come up with after the initial premise. The rest of the writing process is about getting to that point and earning it.

Some people who have read it have told me they think it’s a happy ending. I’m not convinced. I don’t know if that says more about my morals or theirs.

MG: Pasha, thank you for joining us today.

Feel free to check out the author’s blog.