It’s a pleasure to feature Kelly Kittel today on BCB. Most of Kelly’s past professional history involves working as a naturalist and biologist, and in her own way, trying to make the world a better place. Her time with the Peace Corps, work in environmental education, and dedication to Save the Bay, are all in keeping with this mission. Now, Kelly is a writer. On her website, she describes herself as slowly transforming from “a fish biologist who writes to a writer who used to work as a fish biologist.” Indeed she publishes articles and essays on creatures from narwhals to quahogs. But her memoir Breathe is about something different. 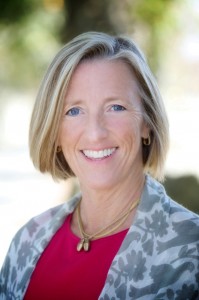 One sunny summer day, Kelly’s son, Noah, toddles into the driveway and is accidentally killed by her sixteen-year old niece. A year later, her baby, Jonah, is stillborn. Kelly has faced every parent’s worst nightmare. Twice.

Sometimes we are called to bear witness to another’s suffering. It isn’t easy. We can’t join them in the abyss of their grief. We can’t lift their burden. But we can listen, and it was an honor to listen to Kelly’s story. I am in awe of her resilience and the strength of her spirit. Breathe isn’t just about loss, though – it’s about love and courage and healing. Kelly’s words promise us that despite immeasurable pain, life can be rich and full and beautiful.

Visit Kelly’s blog at www.kellykittel.com, chat with her on Twitter @KellyKKittel, and catch up with her on Facebook at https://www.facebook.com/kellykittel.writer.

Tabitha Lord: I have to imagine that writing this book – this story about the two sons you lost – was part of your healing process. You mentioned in our conversations that when you were writing about them, it was like having them in the room with you. I think this is beautiful. Can you share a little more?

Kelly Kittel: Most people think that writing nonfiction must be cathartic but I think most of the catharsis has to have taken place before you can effectively write your story so that others will want to read it. Even though I waited ten years, my first draft read like a protracted scream. But as I gained time, perspective, and skill, with subsequent drafts I would lose myself so completely in the story, that, yes, I would look up from my keyboard some days and expect to see Noah come toddling across the floor to me, arms outstretched. Writing the story of my sons in scene after scene was like spending time with them. It was lovely. And one of the most amazing things about publishing Breathe is that prior to this, the most defining characteristic of their little lives was that they had died. That was what most people knew about them. But in reading their stories, people now know that they lived. They meet them and they hold them in their hearts and it’s like they’ve become manifest. That is the power of story.

Tabitha Lord: A significant part of the story focuses on family members behaving badly (this is actually quite an understatement). When you chose to publish this memoir, those relationships were already irreparably broken. Was the need to bring your truth to light part of your motivation in writing this book?

Kelly Kittel: Absolutely. I wrote Breathe to tell my sons’ stories. Mark Twain is credited with saying, “A lie can travel halfway around the world while the truth is putting on its shoes,” and I completely agree. I realize that each of us sees the world from our own two eyes and that any shared experience can be seen very differently as a result. But my husband and I knew that so many, many untruths had been told about us and about our sons that I did feel it necessary to tell the truth—the truth as we experienced it, the truth unclouded by denial. Writers can be a bit unnerved by negative reviews, but I found that one of my most personal attacks disguised as a review was actually quite helpful as it gave me some rare insight into the substance of the untruths that have been told. They say there is no greater agony than bearing an untold story inside of you and it is a huge relief for me to finally have this story, the truth, out in the world.

Tabitha Lord: Another section of this book focuses on Jonah’s death, which resulted from the gross mishandling of your pregnancy on the part of your doctor and the hospital. I was filled with frustration, anger, and terrible sadness on your behalf. The court case that followed provided me with a measure of satisfaction. Obviously nothing can replace your child, and no amount of damages can make up for that loss, but when I read the jury’s decision, I felt some resolution. You must have as well. Can you speak a little about this? 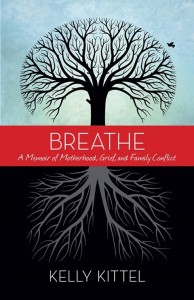 Kelly Kittel: When you lose your child, you lose many, many things and one of those things is your sense of confidence. You wonder if you’ve ever done anything right and if you’ll ever be able do anything right again. As I quote in Breathe, Edwidge Danticat writes in her own book, Breath, Eyes, Memory, “There’s a group of people who carry the sky on their heads. They are the people of Creation. Strong, tall, and mighty people who can bear anything. Their Maker gives them the sky to carry because they are strong. These people do not know who they are, but if you see a lot of trouble in your life, it is because you were chosen to carry part of the sky on your head.” This spoke volumes to me. By the time the trial began, we had lost so very, very much. We were barely able to stand up straight with the burdens we carried and all we’d been through in a relatively short span of time. So, yes, to hear that the jury heard and understood all that had transpired in the courtroom and that they’d decided overwhelming in our favor lifted a bit of the sky off our heads, restoring some of our self-confidence.

Tabitha Lord: Creating a successful marriage is a challenge, and many marriages break after losing a child. How did you and Andy survive this as a couple?

Kelly Kittel: Well, I am Irish and very stubborn! Our marriage has been forged by fire, no doubt, which makes it stronger in many ways. Like any relationship we have our struggles. But, as with all of our children, Noah and Jonah are a product of our love. They’re what we’re capable of creating when we work together and we try not to forget the power of that union. If I’d lost Andy, we would surely not have had either Isaiah or Bella. We met in the Peace Corps, an experience that has given us great perspective on life. One of the many lessons we learned living in the so-called “third world” is that things can always be worse.

Tabitha Lord: You currently work with bereaved families. Can you tell us a little about this? What is your role when you meet these newly bereaved parents?

Kelly Kittel: I am a survivor. That’s who I am. That is my role. Noah and Jonah died 18 and 19 years ago and at the time, I searched desperately for other bereaved parents because I needed to know that I would survive the unbearable pain I was in. Besides telling the story of my sons, the other reason I wrote Breathe was to help others. There is no solace like that given by a fellow traveler who truly understands. The only people who can effectively offer hope are the ones who have crawled on bloody knees through the valley of the shadow of death and lived to tell the tale. Emily Dickenson wrote, “Hope is the thing with feathers, that perches in the soul, and sings the tune without the words, and never stops at all.” I want bereaved parents to know there is hope. It took me a long time to find my voice so I try to speak for those who can’t, those who can barely manage to simply breathe. I want them to know that some day they, too, will find their voices and tell their stories.

Tabitha Lord: Let’s talk craft. Writing memoir is obviously different from writing fiction. And yet, you had to create flow, balance exposition with dialogue, and keep the reader engaged, just as any fiction writer must. How did you decide where to begin your story?

Kelly Kittel: When writing fiction you begin with the change, the thing that is happening right now that will separate the before—the so-called normal world—from everything that will happen after—the new normal. In memoir this is a tricky thing. If I had stuck to that fiction rule, I would have cut the first 6 chapters of the story to begin with Noah’s death. The story problem with that is that you wouldn’t have known him and therefore, as a reader, you wouldn’t have missed him either. The other story problem with that is that you are left with a rather hefty load of backstory you have to work in as the story progresses. I tried many things, many story shapes, but ultimately I decided to simply take the reader by the hand and start at the beginning, walking the journey together, experiencing the story the same way I did, page by page from Noah’s birth onward. Writing or reading this story is much easier than living it, believe me. And, as I say in my prologue, “I am with you every word of the way.”

Tabitha Lord: Building on the previous question, what was your process for editing? How did you prepare this book for publication?

Kelly Kittel: In the seven years it took for me to write and publish Breathe, I hired two full and one partial manuscript editors and it was copyedited just before publication. I had Beta readers and I attended numerous conferences and many, many writing workshops and webinars. I started a writing group on the beach in Costa Rica and joined another one in RI and my final full revision before finding a publisher was with that writing group. I was the only nonfiction writer in the bunch so they held my feet to the fiction fire, ensuring that my manuscript adhered to all the rules of fiction. This was invaluable. Many readers tell me that they read my book in one or two days and I credit my fiction friends with helping me to give it that page-turning quality.

Tabitha Lord: Your next project is a non-fiction, travel book! This is quite a departure from writing memoir! Can you tell us a little about it?

Kelly Kittel: Ahhhh, yes. Pura Vida. I just returned from a self-imposed writing retreat spent at my old house on the playa. My next book is a travel memoir about living in Costa Rica where we’ve lived for two different years and visited many other times. It hasn’t been all that easy marketing a book about every parent’s worst nightmare—burying their child—so it will be very interesting for me to see how the marketing of a travel memoir compares. Who doesn’t like to armchair travel to the tropics, after all? Nobody, I hope!