Continuing our series for Women’s History Month, today we have the pleasure of chatting with Judith Cromwell. The author spent a successful corporate career on Wall Street before returning to academia as an independent historian and biographer of powerful women. She previously published Dorothea Lieven: A Russian Princess in London and Paris 1785-1857 and Florence Nightingale, Feminist, and now turns to tell the real story of Queen Anne in Good Queen Anne: Appraising the Life and Reign of the Last Stuart Monarch. Find out more here.

Amy M. Hawes: Why is it important to tell the stories of women who made history? What unique challenges does it present? For example, are their stories more difficult to uncover?

Judith Cromwell: It is important to tell the stories of women who made history because these women inspire.

Great Britain’s Queen Anne (1665-1714) was neither brilliant, charismatic, nor beautiful.  But she had a kind heart, common sense, and put the interests of her people and her country first.   Diligently carrying out all her responsibilities as monarch, this “ordinary” woman became a beloved and effective queen. 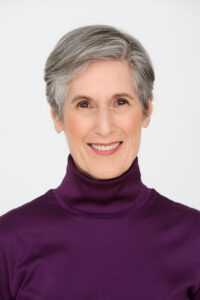 through centuries of male bias.   Until recently, men wrote history.  Until recently (and still today in some societies) women were considered “the weaker sex” – less capable mentally and physically, than men.  Hence, those who tell the stories of women who made history must dig below layers of gender bias to uncover the facts, to see behind the untruths that have taken on a life of their own as successive male historians repeat what they see as logical explanations.

Until recently, posterity presented Queen Anne as incapable and stupid because, as a female, she received neither schooling in statecraft, nor the classical education typically given to males.  But ignorance does not mean stupidity.  Anne learned from life.  Surrounded by sycophants since birth, the pious princess grew up at a corrupt court notorious for sexual and every other excess; in her father King James II’s reign she navigated the shoals of politics as a Protestant princess in a Catholic court; James’s successor, King William III, persecuted, and spied on, Anne, his designated heir.  Experience gave her insight into the human psyche, made Anne wise in the ways of the world.

JC: Throughout history, women were thought to have been put on earth to procreate and nurture.  Since raising children not only takes time, but also consumes a woman’s mental and physical energy, women were not expected, never encouraged, to have further ambitions.  Those that did, faced huge obstacles.

Seventeen pregnancies but no living children formed the central tragedy of Queen Anne’s life.  The death of her beloved husband dealt another blow.  Britain’s all-male parliament lost no time in petitioning the grieving, forty-three years old queen to remarry soon, in order to produce a male heir.

JC: What is meant by “typically feminine characteristics”?

Anne had grit, resolve, and a practical outlook on life.  Conscientious, kind-hearted, modest yet dignified, she treated everyone as her equal; valued patriotism, loyalty, and piety.  When Anne ascended the throne, her country stood on the cusp of a major war.  People felt nervous about their new ruler, untried and a female, to boot.  Would she have the guts to fight Europe’s superpower?  How would she manage the larger-than-life ambitious men around her? Could the gout-ridden queen even carry out the first official act of her reign — come to parliament in formal state to address the legislature? 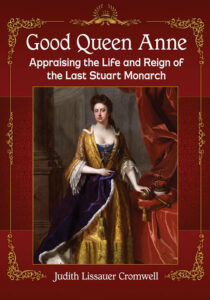 Wielding the power of royal ritual, the new queen appeared before parliament in magnificent robes modeled on those of her revered ancestor Queen Elizabeth I.  Delivering her formal speech from the throne in her characteristically clear musical contralto, Anne reassured her audience; her patriotism pleased, as did her promise always to put her country’s interests first. Anne backed the war until she judged the time right to negotiate an advantageous peace

With her active support, Anne’s moderate government achieved the historic union of England and Scotland, which created Great Britain; secured the Protestant succession, which gave the nation stability; and won the War of the Spanish Succession, which laid the basis of the British Empire.

JC: Because centuries of gender bias must be overcome, women’s and men’s achievements may not be viewed equally for some time. Women must prove themselves; men must recognize that women are equally capable.

Writers can help by making an effort to discover the truth.  Many kinds of bias exist – national, political, personal – to name a few.  Writers should beware manipulation.

Writers can help by watching their words – e. g. — some thought Queen Anne’s conversation insipid; others praised her discretion; some thought her stubborn; others admired her resolve.

Stories of the future will, I hope, feature more female achievers.