Jonathan Maberry concocts his young adult novel about humankind’s first venture to Mars from a blend of fiction and reality, a fusing that is the quintessential trademark of a Maberry creation. The novel brilliantly interlaces a present scientific dream with a love story that tips its hat to the Celtic tragic tale of Tristan and Iseult. Add to the recipe the intelligent, lovable, and humble protagonist Tristan Hart, plenty of interpersonal drama, life-threatening crises and another Maberry winner emerges.

The title Mars One is based on the real-life brainchild of Bas Lansdorp – Dutch businessman and entrepreneur, whose goal is to establish a permanent colony on Mars by 2035. Tristan has known since he was ten that he and his family would be going on a one-way trip to Mars. The idea of never returning to Earth might – and some would say should – freak out the average teenager. But, Tristan is light-years away from average, and most of the time he’s thrilled to be part of the groundbreaking mission to inhabit the red planet. But, leaving Earth means leaving behind Izzy – the love of his life and seemingly perfect match. And as Izzy puts it, “Mars doesn’t want you . . . ‘I do.'”

The stress on their relationship intensifies as the hostess of the reality TV show they’ve reluctantly agreed to be a part of pokes and prods at them to induce high ratings. Before launch, the intensity of their connection weathers the storm. But as their communication transmission times become longer and longer so does the strength of their resolve to stay together despite the physical distance that keeps them apart.

Paralleling the saga of the slow painful death of their relationship – think of a band-aid torn off by a sloth – are the conflicts between crew members, likely sabotage of their ship by a radical group opposed to Mars colonization, a potential romantic replacement for Izzy, and more. With the ease of a hall of fame slugger, Maberry places each hit with the precision needed to keep the story exciting and filled with emotional depth, while also giving a precise picture of how dangerous such a mission would be. Mars One is a young adult book that you don’t have to be young to enjoy, just human. And, maybe some of you reading will one day be Martians! 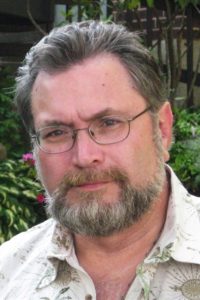