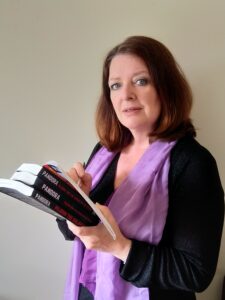 If you’re a reader, the age of the debut author isn’t relevant, but if you’re a literary agent or publisher it is. In simple terms, it’s all about the ROI, return on investment.

New writers who are middle-aged and older, don’t tend to think of their mortality whilst they’re banging away on the keys, but once finished, they cannot get past it. Unlike any other industry involved with the arts; with the exception of dance and female actors; new writers are given a shelf-life. A long life, if you’re a younger writer and a short one if you’re an older writer – it’s simple math. It’s all about quantified statistical probability – for those of you whose head just exploded, think about it in these terms; an older writer submitting a debut novel has less time to become successful – in the eyes of the publishing world. 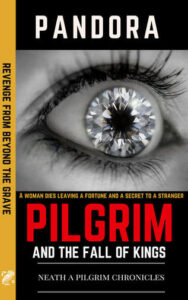 What age for a new writer are we talking about? Anyone fifty and above is measured more exactingly than their younger counterparts when it comes to their potential productivity. Have they written any other books? Do they have any other books in the pipeline? If it’s a stand-alone novel, it’ll need to be on-trend and sparkle to withstand the vagaries of the market.

Where we were; as older debut writers, we submitted exclusively to a particular agent by post and waited weeks for a reply. Fast forward technology, and self-publishing hit the industry like a battering ram. Those who didn’t heed the knell, were financially trampled. Those first to add a submissions page to their website asked for the age of the author, until legal caught up, and it was quickly altered to, tell us a bit about yourself. With a word limit of approximately 300, you didn’t need to be Einstein to do the math, those with a plethora of life experiences where flagged, and for a fiction submission, if the word retirement appeared, forget it. Those who wished to break into the creative arts only had to look at the various disciplines to see, newcomers signed to the commercial sector, were comprised predominantly by those under the age of thirty-five. In their defense, some argued, a good book, is a good book, regardless of age and this truth trumps all demographics. This rhetoric has been made redundant by the advent of self-publishing. There are plenty of accounts of older debut authors who found themselves being asked to sign with those agencies who’d previously turned them down after they’d become successful through self-publishing.

Where we are; as the publishing world has branched out to meet the demands of the reader – a book is no longer enough. The reader begins as a mentally sensory being looking for a totally immersive experience and in so doing, looks forward to the day the book is made into a movie.  The publishing industry is systemic to a large proportion of the entertainment industry; books turn into movies, into plays, into merchandise, into gaming – but – you have two disparate ends of the scale – those who read, and those who make a living from them. The smart money should seek out work with longevity, depth, the ability to lift the veil and sate the reader in one book. These authors produced a single novel that reached publication in their lifetime: Wuthering Heights by Emily Bronte, Gone With The Wind by Margret Mitchell, Doctor Zhivago by Boris Pasternak and The Catcher In The Rye by J D Salinger.

Where we’re headed; as a new writer of fifty-eight, I’m not discouraged by the bean counters, who by definition are always on the back-foot, analyzing the real numbers after publication – and it’s not naivety on my part – I simply recognize the fact, readers require balance to operate at their optimal level of happiness; which now sees them turning away from franchises where they see their heroes destroyed and resurrected for a Buck. It’s never been about the age of a debut writer, the industry is just coming to the realization, too much of a good thing dilutes it to mediocrity and the reader moves on. 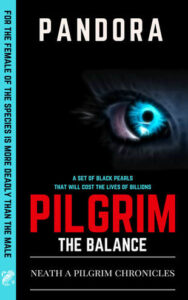 Fortunately, one’s age is no longer a factor when it comes to being published, as readers take over the demand and price of books and for the more mature debut writer, it’s all good.

Pandora, was born Claire Pandora Gearty in North London. At age eighteen she received her first award for writing and moved to Brussels where she joined the Brussels Shakespeare Company and was involved with broadcasting. She gained an American Bachelor of Applied Science degree in Administrative Management upon her return to the UK.

She is currently in the middle of writing the third book in the series, Pilgrim and the Fall of Kings, and loving every minute of it! What could be more exciting than spending time with Pilgrim and Baxter?

Pandora has worked and lived outside of the UK for sixteen years, predominately in California where she worked with people in the movie industry; this has given her writing an authentic and vital style. In France, she finished her debut novel, The Balance-Pilgrim; published in 2015 which has sold in over nine countries with impressive reviews. She has completed the movie screenplay for The Balance-Pilgrim, edited by L. Smith former Literary Editor for Lucas Film LA. Pilgrim and the Geometry of Fear, released 2016, is to be followed by, Pilgrim and the Fall of Kings, due out in 2o21. Pandora currently resides in Devon England with her husband and two daughters.