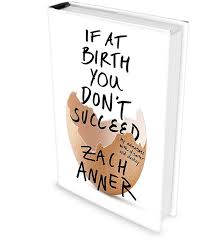 Book Club Babble interviews Zack Anner and talks about his new book, If at Birth You Don’t Succeed: My Adventures with Disaster and Destiny.

Lena Dunham envies his life, John Mayer writes music for his shows, and Stephen Colbert wants to make a buddy cop movie with him–not too shabby. Zach Anner has been on our radar ever since he gained worldwide attention with the submission of a video to Oprah Winfrey’s  “Search for the Next TV Star” competition.  His wheelchair travel show, called Rollin with Zach was a travelogue for people who believed they would never be able to travel. This wasn’t Anners first time in front of a camera.  While a student at The University of Texas, Austin (2005), he obtained celebrity interviews through a sketch comedy program (That’s Awesome) on the university’s local public-access television cable TV channel.  Anner has his own YouTube channel, where he posts videos on a weekly basis. The channel has over three hundred thousand subscribers and over eleven million total views. His series include Riding Shotgun, which premiered on October 23, 2012, and Workout Wednesday, which premiered on August 21, 2013. Most recently, Anner started doing a show with SoulPancake (a YouTube channel started by the actor and comic Rainn Wilson) titled Have a Little Faith, in which he explores, in his comedic way, the basic rules of several religions that have a foothold in the United States.

Zach Anner is the whole package-he’s handsome, funny, and a gifted writer—just check out Lena Dunham’s endorsement on the cover. 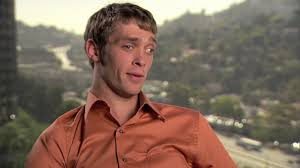 In his exceptionally written memoir, If at Birth You Don’t Succeed: My Adventures with Disaster and Destiny, Anner skillfully and hysterically finds meaning in all of his milestones. Using the power of narrative structure, and comedy as his context for struggle, he shows his readers, and legions of fans, that it is possible to find humor in every failure…starting with his birth.  Zach is chatting with BCB today about his new book and we are so pleased to have him. Let’s start at the beginning, like on your birthday.  You begin the memoir by writing:

When I was born…I showed up two months early to my own birthday party as a three-pound screaming hairless mole rat of a boy…There’s no denying it: I was a crappy baby who failed his way into this world and I’ve been making the best of it ever since.

When did it first occur to you to use this kind of self-deprecating humor? Was there a “moment” when you thought of this as your natural voice?

ZA: Growing up with cerebral palsy I needed help with almost everything. When you’re relying on adults to help get you dressed, get you food and go to the bathroom you can either develop of sense of humor or be embarrassed about everything.

MG: Your success, whether on video or in print, is due in large part to your smart, quick and funny comedic repertoire.  I have played your milestones video over and over, not just because it’s hysterical, but because your self-deprecating sense of humor is a reminder that we are all flawed and that nobody has it together all of the time.  Your style of funny appeals to those of us who like both smart and witty injected into our self-help (I’m a self-help junkie). When did you first decide to use your humor as motivation?

ZA: I realized pretty early that my sense of humor could be used as a tool to start important conversations, but I used to be insult comic who used comedy to get a rise out of people. I didn’t start using humor for good until I got out of college and realized that I needed to make a positive impact on the world, rather than focus on toilet humor. I still use a lot of those jokes, but now they’re inspirational too.

MG: Speaking of motivation, you believe that the greatest failures can be catalysts for triumph.  Your book is filled with fascinating stories. I love how you manage to find purpose in all of them.  The stories in your memoir show that suffering and failure is an inevitable part of growth.  If you had to choose the three most impactful experiences mentioned in the book, what would they be and why?

ZA: I can’t choose the top three because I don’t want to color what would resonate with the reader. For some people the lesson in the story about crapping my pants might really speak to them. And for others, my philosophy about The Olive Garden might make a profound light bulb go off in their heads. I can say that the chapter that talks about my first romantic relationship at 29 has shaped the course of my life in innumerable ways.

MG: I love your opening line in your Oprah audition video:

Hi, my name is Zach Anner, and I have something called Cerebral Palsy-which I believe is the sexiest of the palsies… You also write that after your Oprah audition went viral, you were given the chance to finally share your perspective.  Then you did – and the world is a better place for it.  You spoke about your life and talked about how humor helped you face discrimination and other challenges, yet there was the pressure from other camps to be the voice of CP (Cerebral Palsy)—or the accusation that in being funny, you were perpetuating stereotypes that were undermining what CP advocates were working for.  This is a tough spot to be in.  Has negotiating these two roles, comedian and disability rights advocate, become any easier with fame and experience?

ZA: I think as you get older, you become more comfortable in your own skin. So navigating through these tricky social issues is a lot easier for me to deal with because I’m a more confident man in general. It doesn’t have much to do with fame or notoriety but living my own personal truth and realizing that that’s the best any of us can do.

MG: Growing up, your family loved to make videos.  You write about drifting from table to table with your handicam back during your high school days while you shot videos for your pre-tube vlog (video logs) called The Zach Show.  In your 20’s, after a small stint at Disney University—which you write about in the book, you transferred to film school at The University of Texas at Austin where you starred in a sketch comedy show called That’s Awesome!  Have you considered writing a screenplay? And if you have, can you tell us what it would be about?

ZA: I actually wrote my first screenplay when I was 16. I haven’t been able to read it since because I’m afraid of how naive it will seem. But as far as writing one now, that’s definitely something I’d consider as long as it was written in my contract that if it ever got turned into a movie, Tilda Swinton would play me.

MG: Love it! One of the themes that your memoir also addressed was sexuality. Society, in general, has so many misperceptions regarding disability and sexuality and the barriers that prevent people with disabilities from exploring their sexuality.  One of my favorite parts of the memoir was your search for love. Eventually, you get very candid about very intimate matters.  I thought that this was a great way to begin to dispel the many misconceptions people have about CP and sex. Was it hard to write about your sexual escapades? Were your friends and family uncomfortable reading about your personal experiences in such a candid and honest way?

ZA: It wasn’t as hard as I thought it might be because my girlfriend at the time, Gillian Grassie, was also my writing partner for this book and we had long discussions about how to approach it and in the end we decided that it was more important to be candid and emotionally honest than to worry about what my grandpa and his church group might think while reading it. I’ve gotten so many messages from people with disabilities who say that they are accustomed to being dismissed sexually, so I felt a responsibility to tell the story without shying away from anything. You won’t get any Fifty Shades of Grey details, but I hope my story feels honest and relatable to anyone who’s ever had any hang- ups about sex.

Zach, thank you so much for talking to us.  We are looking forward to more of your fabulous work!