A family with four children heads to Martha’s Vineyard for a vacation and returns with only three. The mystery of what happened that day at the beach stretches decades, but when Ginger’s rebellious daughter overhears a whispered comment, she is forced to reveal and eventually confront a long-held family truth. A riveting and sumptuous read, Nancy Star’s Sisters One, Two, Three explores the consequences of keeping secrets and the power of love and forgiveness.

Kate Newton: Nancy, thank you for taking the time to talk with us about your new book, Sisters One, Two, Three. One thing I learned when reading your bio is that you have a background in film. As I read the story, this is very apparent, as your scenes are rich in texture and have a strong cinematic effect. But we know that film and written word are very different media. Does your film background either enhance or hinder your work as a novelist?

Nancy Star: Thank you so much for that description (Hooray for rich in texture!). Of course I can never know what my novels would have been like if I hadn’t worked in the movie business, but I can say this: during those years I was steeped in stories. To do my job well, I tried to see every movie that came out. In my search for material for adaptation, I read dozens of books a month and went to see theater two or three times a week. This was on top of working with writers on original ideas and reading screenplays in progress. I’m exhausted just remembering it all! It’s a very particular kind of education you get when you’re thinking about stories all day long, whether it’s stories on screen, in plays or in books. I’m sure that experience informed my writing. I’m not saying there isn’t a downside to it, but to be honest, I don’t see it. I feel the experience made me fluent in what it means to tell a good story and comfortable with going deep into a character’s head. So, all good! 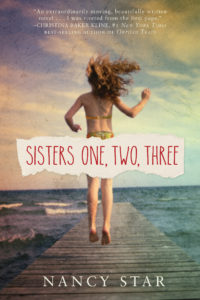 KN: The technique of structuring the story in a parallel fashion, alternating chapters with Ginger as a child and then as an adult helps readers understand what shaped her as a person. Within the first few pages, it’s easy to see she’s troubled—very uptight, anxious, maybe even suffering from OCD. She feels it’s her mission to keep everyone safe. There comes a point in the story when she’s able to channel that concern constructively. How would you describe Ginger’s growth as a character?

NS: I think Ginger starts out with a kind of black and white way of looking at the world. She thinks if she’s alert enough to danger, if she pays close enough attention, she can keep her daughter safe. That’s really what she cares about. Of course as the story develops, we begin to understand why this is. As the story moves along we can see that Ginger comes to realize things are not quite as straightforward as she imagined. She needs to rethink many things, about her sisters, about her mother, and most important, about what it means to raise a child to be a healthy adult. Ginger has been stuck for so long, paralyzed by worry, and over the course of the story she gets unstuck. It’s almost as if she finally finishes growing up.

KN: Over time, the adult Ginger has developed a complex relationship with her sister Mimi. It’s competitive, yet there’s something more that adds to the dynamic. How would you describe their relationship?

NS: You’ve got it right. Ginger and Mimi are very competitive. At first they don’t seem particularly kind to each other, either. But as the story develops we realize what a complicated past they share. And that past makes their current day relationship difficult. Still, even though growing up it was often every girl for herself, they did look out for each other. When there was a crisis they instinctively reached for each other’s hands. When one was threatened, the other was suddenly there offering protection. The more we learn the more we see the very deep bond and real love between them. And the more they learn the more they see that too.

KN: For much of the book, the character of Glory is frankly, not too likeable, if I may be so bold as to say so. But as we learn more about her, she becomes easier to understand. Ultimately, for this reader anyway, she becomes a sympathetic character. What did Glory want in life and did she ever achieve any of it? 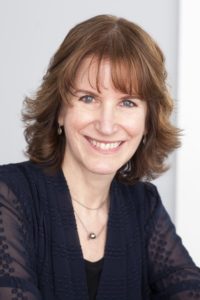 NS: I know Glory is hard to like when we first meet her, but I’m glad you came around to feeling sympathetic—just as I did! Glory is a totally unique character, but I think some parts of her are not that unusual for women of her time. She’s a smart, creative person with big dreams, but her life doesn’t give her an outlet. She marries an older man and has visions of a life where she will be an actress and he will be a dancer—but she ends up a traditional housewife with an inattentive and tired husband who wears orthopedic shoes and has a job she thinks is silly. You could say she got what she wanted in that she wanted to marry Solly and raise a family with him. But the life she ended up in turns out not to be the life she imagined. And then of course tragedy strikes. If it hadn’t, maybe she would have found happiness in her life. But it wasn’t to be.

KN: There’s a scene when the adult Ginger urges her sisters to stay overnight and she sees Callie shrinking back, and then she asks herself “Is this what Ginger [she] did? Make people feel in danger of getting crushed?” It seems like an epiphany, or at least a new awareness of her effect on others. Is there something specific that led to Ginger’s moment of self-awareness, or is it just that one day a lightbulb turns on?

NS: Ginger’s epiphany with Callie can be traced back to her recent experience with her daughter, Julia. Ginger realizes she played a big part in Julia’s leaving. This experience makes her really wonder about what happened when Callie was a teenager to make Callie leave. Ginger sees a real chance for redemption in her relationship with Callie. If she can make that relationship right, there’s a chance she can make it right with Julia too. So, yes, a lightbulb goes off, but the lightbulb is Ginger connecting the dots between her actions with her daughter and the possibility of keeping her estranged sister from bolting again.

KN: At a certain point, the truth about what happened on the beach is revealed, and it’s not so much a secret, as it is a false memory being corrected. Once this happens, how does the newfound truth alter the family’s relationships with one another?

NS: Once the truth is out I think everyone in the family re-evaluates their relationship and comes to a new understanding and commitment to making things better. They’ve lost a lot of time with each other, for one reason and another. And I think they all realize they now have a kind of last-licks chance to make things right.

KN: Are any of the characters inspired by people in your life?

NS: The characters are made-up but as all novelists do, I did borrow some details from people. One example of this is the community theater group that my mother was in when I was growing up. I was in the children’s wing of the same group! So I borrowed that for Glory. Unfortunately my mother is no longer around to read this book but if she was I’m sure if she’d be delighted. Another detail I borrowed: years ago I met a man in passing who sold slightly damaged toys at flea markets. I borrowed Solly’s profession from him but I don’t even know that man’s name! The only “character” who is actually inspired from my life is Echo, the dog. I had a devoted and handsome Welsh Springer Spaniel for fifteen years and Echo is based on that dog!

KN: Callie has very little “screen time” but is possibly the most fascinating character of all. How did what happened that summer shape her life? If the story were to continue, how do you think she would continue to grow as a person?

NS: I think there’s a lot more to Callie then we get to see in this story. She’s a very private person with a complicated past, who’s overcome challenges to build a life for herself. Because we see her through the limited lens of Ginger’s eyes, we don’t have a full picture of her life now. But yes, losing her mother, spending the summer with her sisters and nephews, finding out details that she didn’t know about her past, all this changed Callie as well.

KN: Lastly, what can we expect next? You’ve written four previous novels, is there a sixth one in the works?

NS: Yes! It’s too early to say anything about it other than that I am hard at work on Novel Number Six and I can’t wait till it’s done so I can share it with you!

KN: Thanks for sharing your insight with us, and we wish you continued success!

NS: Thank you! It’s been great talking with you!