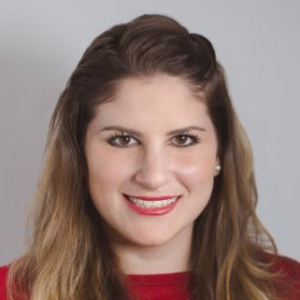 Jessica Barraco is the author of The Butterfly Groove, an investigative memoir about her mother, Dianne, who died of cancer when Jessica was only twelve. Ten years after her mother’s death, Jessica set out to investigate some of the mysteries of her mother’s past, and in doing so, discovered some things about herself.

KN: Jessica, thanks for sitting down with Book Club Babble for this interview. You’ve written a deeply personal book that is both poignant and inspirational. It’s hard to lose a parent at any age, but at twelve, it’s especially heartbreaking. You had so many things still to learn from her. Was writing an investigative memoir about your mother a way to bridge the gap and learn about the things she could never tell you?

JB: Thank you so much for your kind words. Yes, absolutely this was a way to bridge the gap that was created over half my life ago. I always felt a strong sense of spirituality connecting me with my mother, and so for the first several years she was gone, I focused on that as a means to connect to her. I saw psychics (as you see in the book), mediums, and spent a lot of time trying to talk to her and then pay attention to what followed: a song on the radio, a noise downstairs. But eventually, that wasn’t enough for me. As I grew into the adult I am today, I had to know certain things about her for fact; I had to know what made her tick. After going to school to be a journalist and upon graduating, I finally felt like I was worthy enough to take on learning about my mom. Not in the way a daughter would, but in the way someone would if their job depended on it. If the facts were all that mattered. If I could take my mom on as if I were a detective, or better yet, a journalist, then maybe I could really learn what I needed to from her.

KN: Writing a book of this type is deeply personal. I’ve spoken with authors who had planned memoirs but then decided to fictionalize their stories, or they wrote under pseudonyms. Did you struggle with that, or did you find that revealing these secrets and truths was in fact therapeutic? 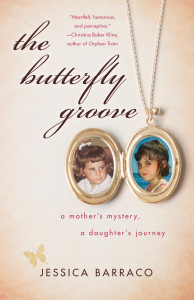 JB: I completely can relate and empathize with those authors. It is extremely difficult and risky to write a book that includes people who are still living, as any number of things can go wrong from telling not just my mother’s truths, but theirs too. Fortunately, a lot of people were more than happy to give permission to use their real names and the ones who weren’t, I was more than happy to protect their privacy. I guess, all in all, I was more concerned with protecting the people whom I was interviewing than myself. Many times dealing with the publishing industry, back in NYC where I lived and worked in the industry for several years, people would suggest I fictionalize my story, and my response to them was always something to the effect of, “If this were fictionalized, it would be a lot crazier than it actually is!” I didn’t want to write any more fiction about my and my mom’s lives that hadn’t already been said behind our backs. Both of our truths had been hidden or spun for so many years; I felt a deep sense that I owed more to her and to myself, than to keep creating fantasy around our lives.

KN: Fiction writers need to be aware of structure, the sense of building to a climax, yet with memoir it’s more difficult, as our lives are not necessarily “structured” in that way. Yet you were still able to achieve a story arc, as we see Dianne wondering about Bill, and then later as readers, we are kept in suspense hoping to learn about Frank. Did you find the alternating chapter structure (from your point of view and then Dianne’s) to be helpful in that regard?

JB: I have two words for you. Nicholas Sparks (!!!!). I read The Notebook about ten years ago, and to say I was impressed and then influenced after reading that novel, would be an understatement. The way Sparks alternated the story lines between present and past, completely drew me in and intrigued me. Part of what sometimes bores me about memoirs is that they can be so self-indulgent (by definition, but still) and then lack an arc. I am always left wondering how the author got from point A to point B, and I wanted The Butterfly Groove to read more like fiction, and then also more like a mystery too. I didn’t want my readers to have to think about how I got from X to Y, or that of my mom – I wanted to build that in seamlessly in the plot so that they could immerse themselves in each time period and scene. Also, my mom was too vibrant of a soul to simply quote and write words about. I wanted to bring her back to life the only way I could—onto the page.

KN: At one point in the book you mentioned a concern that maybe your mom didn’t want you to know all of these things, or else she would have told you. How were you able to reconcile those doubts and continue your research?

JB: You see, my mom was a private person, but as I grew up, I always felt like she and I were more similar than she might have thought we would eventually be. I think she thought the fire in her, the very same passion in myself that has prompted people to call me a “firecracker,” or something of that nature, was a bad thing. But really, it’s one of the most profound things that made her who she was. I began to develop a strong sense of curiosity about her life, but also a strong sense of responsibility that I would be the family member who would understand her best, so therefore I not only deserved to know more about her, but deserved to know her truths. I feel strongly she would have been honest with me and told me (most) of what I discovered had she lived.

KN: How has your family reacted to the book? Have their feelings changed from when you first told them you were writing it to when the book was released?

JB: Great question. I could write a whole other book about this! I have a very small family and many of them have either not read it, or not yet spoken to me about it. I got a lot of pushback from some relatives as they had labeled my mother as “troubled,” and that I was trying to make sense out of nothing. “She was wild, why don’t you just drop it?” and “By the way, you will never get a book published” were common responses I heard when I began my quest. I am not unique—I know that most writers and authors hear they will never publish. I felt there was a story in her past the relatives either did not know fully, or did not recognize as a poignant one. To sum it up, I took a nod from my mom regarding my family. Not everyone will agree with what you do with your life, so your own happiness needs to come from within yourself. I learned a lot of the time when my mom looked to her family for guidance, she was rebuffed and hurt, so I learned too, that I would be my own rock, and I will derive happiness from my own approval, and no one else’s—not even my family’s. It’s worth mentioning here that my older sister is very proud of me, and I am thankful for that.

KN: Without giving away too much of your story, you had doubts about the candor of one of the persons you spoke to. Have you considered pursuing that person, or do you think some things are best left unlearned?

JB: I think even the best journalist will tell you, sometimes you must let sleeping dogs lie. As people, and with advancements like the Internet, etc., as much as we’d like to know everything, I know that we aren’t always meant to know everything. Going back to my spiritual closeness with my mother, I feel that she allowed the pieces of information that I learned to come through. And the rest, might always be a mystery. I am certainly leaving the door open for that person to come back to me—I won’t lie to you and say that it wouldn’t be thrilling if that were to occur! But ultimately, I feel inner peace knowing that I know enough, and that if I thought that one person could tell me who my mom was (this person being a strong catalyst for the book), then I had a thing or two to learn. And I did! I like to think of this whole process as actually my mom spiritually mothering me, and teaching me a lesson of sorts, like a butterfly does for her spawn. Such as my title: butterflies live very short lives and focus on mating to further the existence of butterflies. But most butterfly parents die before knowing their children. Yet, somehow their children know how to break out of their chrysalises and flap their wet wings (to make them dry) and finally, to fly. Alone. I have a feeling most butterflies, and insects with similar life cycles, feel as I do with my mom. A sense of spiritual mothering.

KN: You have some very vivid images in the book, like in one chapter, you describe hearing the sound of plastic hangers hitting each other on the floor. This type of imagery is what makes great writing. Do you any have plans to write fiction? Or any other projects in the pipeline?

JB: That is so flattering! Thank you. A part of me wants to say yes – that all those years of reading Nancy Drew, obsessions with Dateline, and the skills I learned in journalism school might tee me up to be a great mystery writer. I leave it open for another chapter in my life. It’s possible! In the pipeline (I just got married), and as my own family eventually grows, I’d love to write about how being motherless has both tortured and graced my life at different points; potentially even in what’s to come: my own motherhood.

KN: Thanks so much for taking the time to talk with us, and best of luck with everything!

Order The Butterfly Groove from Amazon.