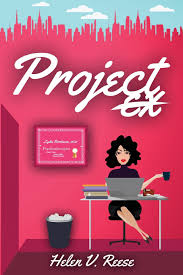 Book Club Babble welcomes author Helen Reese and talks about her experiences as a first-time novelist and self-published writer.  Helen, thank you for being here with us today.  First of all, tell us about your novel’s premise.

Helen Reese: My protagonist is 50-year-old Lydia Birnbaum, a psychotherapist who’s been divorced for twelve years and is still clueless about how to find a meaningful relationship. Returning home one night from a date from hell, she decides to launch an intriguing research project on Facebook. When “Project Ex” (as in “ex-boyfriends”) unexpectedly turns her into Philadelphia’s radio relationship-guru sensation, she attracts the attention of jaded food critic turned investigative reporter Jared Abrams. Jared — who has past relationship issues of his own — assumes a fake identity as a new therapy client in an effort to unmask her as a fraud. Before long, Lydia finds herself on a whirlwind journey that takes her far beyond the empirical findings of Project Ex, far beyond her past, and into her own heart, where she discovers what she has been looking for all along.

MG: Let’s talk about genre.  You mentioned the terms matron lit, hen lit and hag lit in an interview to describe current categories of fiction to describe novels with a mature female protagonist.  I assumed this was you being funny, but Wikipedia actually has a category for matron literature—‘hen lit’ in parenthesis.  Are you kidding me? I’m sure you have a lot to say about this.

HR: Do I ever!  When I began writing Project Ex, I had no idea that I was creating a protagonist who was somewhat of an anomaly in the world of genre fiction. Although 50-year-old psychotherapist Lydia Birnbaum’s romantic misadventures make her seem like a “chick” at times, she’s clearly no “chick” by genre standards. On the contrary, because of Lydia’s “advanced age,” Project Ex falls into a category of fiction called “matron literature.” And yes, subcategories of this genre are “hen lit,” “granny lit,” and — God give me strength! — “hag lit.” It’s all true — believe me, I couldn’t make up stuff like this! On the flipside of this labeling “system,” novels with male protagonists – of any age – have their own category. It’s called “fiction.” It’s infuriating and kind of ridiculous, really. I wrote a blog post about this issue –“Ruffling My Feathers, or Why I Resent Being ‘Hag-holed”: “There’s no doubt in my mind that Lydia Birnbaum would be horrified to hear herself described as a ‘hen,’ let alone a ‘hag.’ Having created her and understanding how vulnerable and sensitive she is, I feel an obligation to try and rescue her from being associated with the barnyard creature whose sad fate all too often is to end up on a dinner plate, not to mention the crone who tempted Sleeping Beauty with the luscious but deadly apple that put her to sleep for a hundred years.” 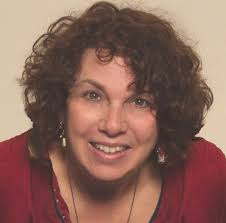 MG: You were the winner of the Main Line Point’s  Pitchapalooza in September 2014. (For those of you who are not familiar, Pitchapalooza (the American Idol for books) was the brainchild of Arielle Eckstut and David Henry Sterry (co-founders of The Book Doctors and co-authors of The Essential Guide to Getting Your Book Published: How To Write It, Sell It, and Market It… Successfully (Workman, 2015). How much preparation had gone into your book and/or pitch by the time that you participated in this event?

HR: What an exciting moment it was when Arielle and David announced I was the winner! When I participated in the Pitchapalooza, I had completed my manuscript and spent many months perfecting my pitch…which evolved from years of writing query letters. The pitch had to be short — no more than a minute — so every single word was carefully crafted. I rehearsed it over and over — God bless my very patient husband — before the competition.

MG: Not too long ago, someone asked if our site could interview a non-writer who had become a writer.  I wanted to respond by asking if they meant first-time writer. But I knew where they were going.  Many young writers know they want to become writers in college.  They major in English, then enroll in an MFA program.  Others come to the craft more circuitously. What made you decide to sit down and actually start something? When did you decide to become a writer? Why do you write?

HR: Although I’ve been working as a social worker for over twenty years, my first love has always been writing. I began as an editorial assistant at a small magazine and eventually moved on to become a public relations director of a local theater and then an arts center. I also wrote arts and entertainment articles and theatre reviews for local newspapers. For most of my life, I’ve written short plays and parodies which have been produced in a variety of settings. However, I never dreamed I’d write a novel! I still wake up every day and pinch myself to make sure my new life as published author is real.

MG: What are your ambitions for your writing career? Do you write full-time or part-time?

HR: I have an almost full-time job — I recently pared down to four days a week — and do most of my writing on weekends and now on my one free day during the week. My goal is to be a full-time writer but I’m not there yet! I’m passionately committed to writing a series of novels about older women who face life’s challenges with grace, wit and style.

MG: Why did you decide to self-publish? How hard it is to reach readers in a crowded marketplace? Do you have any advice for other writers considering that route?

HR: When I won the Pitchapalooza, I had the opportunity to send my manuscript directly to a NY agent, who had some very nice things to say about it. However, she felt it would be difficult to sell in today’s marketplace, mostly because of the comedic tone. I think she considered the “mature” protagonist a bit of a stumbling block too. At that point, I decided to take control and publish Project Ex myself, rather than face the prospect of spending years trying to find a literary agent and publisher. It was a bold move that led me into scary territory that I was able to navigate only with the help of my wonderful children and other writer friends who guided me through the process. However, I’ve never regretted it and love the freedom it gave me over my work. The only advice I can give to other writers who are considering self-publishing is to urge them to make sure they seek assistance from professional editors before they even consider beginning the self-publishing process. It’s a challenge to find ways to promote your book; however, even traditionally published authors tell me this is their nemesis too. And having a firm business plan in place doesn’t hurt either.

MG: What are you working on at the minute?

HR: People who have read Project Ex have been asking about a sequel — which I really hadn’t considered before. However, it makes sense to me that they want to know more about Lydia and what happens next. I can see the sequel unfolding in my head and have begun writing notes and sketching out scenes. I’m also working on a play which focuses on the challenges of living with someone who has attention deficit disorder. I describe it as ‘Next to Normal’ without music and with attention deficit disorder instead of bipolar as its central theme.

Helen, thank you so much for sharing with us today.