Gina does not necessarily have her bleep together, but she’s trying. Using the relationship tips she gives to her followers isn’t as easy in practice as in theory. After her divorce, selling her gorgeous memory-filled home devastates her even though her children have moved out and are enthusiastically supportive. Someone is following her while someone else is flirting with her (she thinks). Choices need to be made, and Gina’s life needs to be lived even if half the time she feels like she’s flying by the seat of her pants.

Reading Gabrielle St. George’s novel How to Murder a Marriage is like having an intimate conversation with your best friend. You’ll laugh, you’ll relate, definitely sympathize, and feel strengthened and empowered by the sharing. Gina is both complex and accessible. Readers will find it easy to walk in her shoes and will be rooting for her the entire way. We are delighted to have the author with us today.

Amy Wilhelm: How much of Gina’s story is autobiographical? Did writing this novel help in your own healing process?

Gabrielle St. George: My kids say Gina is me, I’d prefer to describe her as a version of me, but they might be right. Much of the story in my novel How To Murder A Marriage is quite autobiographical. Of course, some experiences are amalgamated and exaggerated, and many others are toned down because the truth is definitely stranger than fiction and often harder to swallow. I draw upon many of my real-life experiences and relationships for inspiration, fodder, and straight-up material in my writing. Everyone knows to be careful about what they say around me but nobody is!

Writing this novel was a form of therapy for me. Time is, of course, a great healer, even when we don’t believe it possible and now, I truly can laugh at many of the stressful and traumatic events that troubled me for years. Laughter is my medicine and finding the humor in my past pain helped me write this book and writing this book helped me heal the pain.

AW: Does being a screenwriter help you visualize scenes better? What do you enjoy about writing novels that you aren’t able to do in a screenplay?

GS: My training ground was screenwriting, but I think I always saw life cinematically anyway (love me some drama). How To Murder A Marriage is my first novel and going into it I did imagine every scene as if I were watching a movie and then felt like I was just recording what I saw and heard.

Visualizing scenes comes so naturally to me that I never thought about it as something unusual before. You’ve made me wonder if all authors do the same. Is there another way to imagine a story? I’m actually not sure.

In a screenplay, you don’t write anything on the page that wouldn’t show up on the screen and that can be tricky sometimes when you have certain information you need to convey that only one character knows or is thinking about and it’s not the sort of thing they’d go around speaking aloud. In those instances, you must come up with creative ways to express the information through their actions. In a novel of course, you can spend pages upon pages inside a character’s head and I hung out there a lot and enjoyed it immensely. I think that’s why my preference is to write in the first person—I like expressing a character’s thoughts on the page.

AW: I love the honesty of Gina’s character. What surprised you about her as her story unfolded?

GS: Gina really came to life and took over the book and that was totally unexpected but super lovely. She was so easy for me to write; I basically did what she told me to do and acted as the stenographer. I see myself as a pretty courageous person, but Gina is braver than me and I was surprised by that (I want to be Gina when I grow up). I was particularly surprised by how brave Gina was when it came to being vulnerable especially in the scene where she contemplates suicide or at least wonders about it but then finds her strength and will again and overcomes her feelings of acute overwhelm. I have been there myself, but I never discuss that with anyone (you’re the first).

Gina showed herself warts and all and she could laugh at herself which is a level of honesty that I think is lacking especially on things like social media. I think people really crave that realness. I know I do.

AW: Gina’s children are her lifeline to stability. Many people stay in less than ideal marriages because of their children. Yet in sacrificing part of their happiness, they are likely passing along that mentality to the next generation. What have you learned through writing your Gal Guide Series that you’d like to offer to women who love their family but not their marriage?

GS: I addressed this exact point in the Introduction to the first Gal Guide book that I wrote How To Break Up Without Breaking Down. I hope it’s okay for me to provide an excerpt from that book in answer to your question because I think it hits the nail on the head…

Many years ago, my girlfriend Sue threw her philandering used car salesman of a husband out of their home. (Yes, he actually was a used car salesman and had successfully sold her a lemon of a marriage). Sue was suddenly a single mother to two toddlers. A terrified, heartbroken, single mother. Sue’s own mother offered her this advice, “Any man is better than no man at all. Keep him.” 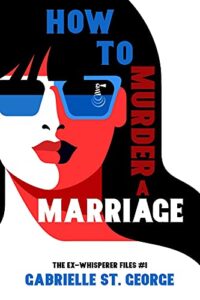 Sue spent many sleepless nights struggling with her decision to risk the security of a marriage, albeit a bad one, and the wholeness of her family, in the pursuit of personal happiness and the better life she hoped for.

More recently when I threw my philandering snake oil salesman of a husband out of my home (yes, he actually was a snake oil salesman and had successfully sold me a fraud of a marriage), I suddenly found myself a single mother to four kids. A relieved, hopeful, single mother. My mother advised, “Keep your family together. No matter what you have to do.”

After a two-year-long separation, during which the used car salesman racked up a lot of mileage on his stick shift, Sue followed her mother’s advice, took the cad back, tried to turn her lemon of a marriage into lemonade, and twenty years later is still married to a man who is apparently only barely, ‘better than no man at all’.

I did not follow my mother’s advice. Those well-meaning women were from a different generation where women had less choice, fewer resources, little power and suffered a punishing stigmatism if divorced. I could not relate.

Times had changed and I knew I was right to expect more, demand more, and create more from my marriage and my life. I understood that I was worthy and deserving of more from my partner. Maybe Sue did make the right decision for her. Maybe she couldn’t have survived without her fraction of a man. I was in search of wholeness in all its forms, and I definitely made the right decision for me, but that’s not to say it came easily.

Rather, I tortured myself with guilt, feeling like I was detonating a nuclear bomb in the nucleus of my children’s happy home life. I wasn’t the one who had created the bomb, rather I was the bomb squad, and I was exhausted from spending years running around stealthily diffusing the explosives and concealing my husband’s weapons of mass destruction from our children, friends, neighbors, the in-laws. I’d done such a stellar job that when I finally quit the thankless task of protecting everyone in my world and turned in my superhero cape, everybody was completely shocked when Dick blew our seemingly perfect world to smithereens. It wasn’t just the kids and I who were hit with the shrapnel. The breaking apart of long-term relationships can leave casualties far and wide.

But remaining in a bad relationship also causes serious injuries. And oftentimes does even worse damage. I don’t believe that a slow, lingering, painful death is preferable to a quick one, if you happen to find yourself in the position where you can, or must choose the ending to your Armageddon.

Strangely, even Dick was shocked that I’d allowed him to self-destruct. He was blindingly angry that I’d quit the team, forfeited the game and I was scared out of my mind, but at the same time, also secretly thrilled. Strewn among the smoldering ruins of my marriage, I could see the wonderful things that had survived the explosion. New life was burgeoning almost immediately. The fresh, green growth of possibility, potential, and freedom was pushing through the cracks in the worn concrete of my old life.

Hope and healing lay before me, and I was delirious with excitement.

Granted, there are a number of definitions of delirious. I would say I was delirious in the manner of being, “in a state of wild excitement or ecstasy.”

My mother, on the other hand, considered me to be delirious as in the definition of, “an acutely disturbed state of mind resulting from illness, illusions, and incoherence of thought and speech.”

Gabrielle St. George is a Canadian screenwriter and story-editor with credits on over 100 produced television shows, both in the USA and Canada. Her feature film scripts have been optioned in Hollywood. She is a member of the Writer’s Guild of Canada, Crime Writers of Canada, Sisters in Crime, Mystery Writers of America, and International Thriller Writers. Ms. St. George writes humorous mysteries and domestic noir 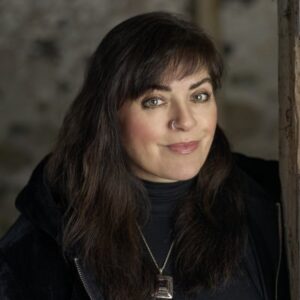 about subjects of which she is an expert—mostly failed relationships, hence her debut soft-boiled series, The Ex-Whisperer Files, which launches with How to Murder a Marriage. She is also the author of the non-fiction GAL GUIDE SERIES: How to Say So Long to Mr. Wrong, How to Know if He’s Having an Affair, and How to Survive the Love You Hate to Love.

Gabrielle lives a wildly magical life on a fairy-tale farm along the Saugeen River and spends weekends at her 1930s cabin on the shores of Lake Huron with her partner (current coupling still alive and kicking) and their extremely disobedient dogs. When she’s not writing, painting, gardening, stargazing, moondancing, and daydreaming, she travels the world to visit her four fabulous children who live abroad.