One of the painful truths of growing up is the inevitable shift that takes place between parent and child in the twilight years of those who’ve raised us. Book Club Babble recently had the opportunity to speak with bereavement specialist Dr. Virginia Simpson, who wrote The Space Between: A Memoir of Mother-Daughter Love at the End of Life. The book is a deeply personal account of Virginia’s relationship with her own mother, and how she coped with the changing bond that had endured for more than fifty years. 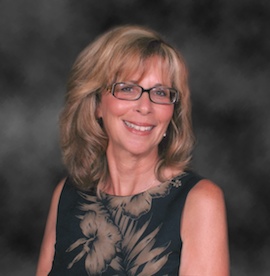 Kate Newton: Thanks, Virginia, for taking the time to meet with Book Club Babble. In The Space Between: A Memoir of Mother-Daughter Love at the End of Life, you’ve written a very candid account of your last years with your mother. You’re a bereavement specialist, so this is a topic you are all too familiar with, but was there any hesitancy on your part to uncover these very personal moments about your own life and the life of your mother?

Virginia Simpson: I did not hesitate when it came to sharing the personal moments included in The Space Between. My story is a very human story and by telling the truth, I give voice to many emotions and thoughts people often are too ashamed to admit to themselves or others. Because of my professional expertise, I knew it was important to normalize what is true and real.

KN: Most of us, if we’re lucky enough to have our parents live into old age, will some day find ourselves in the role of caregiver. Some of us can recall the exact moment when that shift began to take place, when the dynamics of the relationship had begun to change. Was there a defining moment for you, when you realized you had begun to adopt the role of a caregiver?

VS: The shift occurred when my mother developed a life-threatening disease and relied on me to decide whether she should go forward with a procedure that would either save her life or kill her instantly. From that moment on until the end of her life, she became my responsibility and in many ways I took over the role of parent.

KN: I imagine this shift is particularly difficult for those who were always able to rely on their parent to watch after them, because the contrast is so stark. Whereas, other children have troubled parents whom they can recall “taking care of” even as a child. Was your mother a strong caregiver as a child? Did she make you feel safe?

VS: My mother was a wonderful caretaker before my father died but was lost for a long time after his death. She was forced to go to work and at 12 years old I became a “latchkey kid,” long before the word existed. Because she had to work, she could no longer be home to take care of me when I was sick. Thanks to her, we were able to keep our home. She was always there for me when I needed her, ready to listen and only offer advice if I asked.

KN: You lost your father at an early age, and you mention that this led you to have a heightened fear of your own death and your mother’s. Is this something you have come across in other people you have counseled? Is it a common phenomenon that those who confront death at a young age have a greater sense of fear of death, or even extreme reactions to the untimely deaths of others?

VS: It is not uncommon for children to have a heightened fear of death after they’ve lost a loved one, but we can do a lot to assist them. They are particularly concerned about who will take care of them if something were to happen to their one remaining parent. It is up to adults to help normalize their feelings by offering children a safe place to come to when they are scared or crying, and by also giving honest answers to their questions. When adults are too afraid to be honest, children become more fearful. Trust your children enough to tell them the truth so that they will know they can trust you. 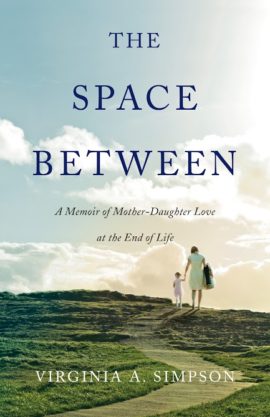 KN: One thing that amazes me is some of the callous treatment and attitudes shown toward the aging population, not just in your book but in society in general. At one point you write that a doctor comments that a member of hospital medical personnel stated “eighty-four is so old it wouldn’t matter if the blood clots kill her.” Patients can pick up on this type of attitude and it undoubtedly leads to higher incidences of depression in the elderly.

VS: In the situation with my mother, it wasn’t just one member but the entire medical staff who thought because she was old it wouldn’t matter if the clot killed her. Fortunately, her doctor knew her and fought on her behalf.

I recently had a conversation with my cardiologist and he said there is a growing attitude within the medical community that less medical treatment should be undertaken to save old people. I believe we all must take action to prevent this attitude from becoming the norm. We cannot allow a number—meaning someone’s age—to determine the value of another person’s life. My mother had a lot to offer after she was eight-five, not the least of which was giving us the time to heal issues that stood between us.

In regard to your reference to depression, elderly white men, in particular, are prone to depression. This occurs primarily due to feeling a lack of purpose in addition to the challenges of losing their friends, spouse or a partner. Ageism in America is real. In other countries, the elderly are considered wise elders. Aging in our country is not easy because the elderly lose their value as a relevant and valued segment of society.

KN: You reveal a traumatic relationship with your brother and expressed that you were hurt by your mother’s not so much acquiescence, as much as failure to recognize his poor treatment of you. Do you feel that you resolved this issue with your mother before she died?

VS: I am certain we resolved the issue and we did this by continuing to communicate. Once I realized my mother honestly could not tell me why she reacted the way she did, I no longer felt she was consciously choosing him over me. Also, in the end, without saying anything to me, she chose to keep me safe and told the hospice people not to call my brother at the end of her life.

KN: At one point your mother implied that she believed in reincarnation. Did you find that a comforting possibility?

VS: My mother simply shared a memory of us having known each other many times before and not always as mother and daughter. She indicated her prior death was fun and this one would be even more fun. My mother was not a spiritual person, hadn’t read books on afterlife, and never believed in reincarnation, and it is for these reasons that I am very much comforted by her experience. But if her experience wasn’t real, at the very least, my mother gave me hope that I’ll have the same type of illusion she had, which would certainly make closing in on the end of my life more palatable.

KN: One thing many of us will have to face is maintaining our dignity as we reach the end of our life. Your mother seemed to have a great sense of humor as she was forced to confront these issues. Her spirit is something all of us can learn from and adopt. What do you attribute to this ability that she had to laugh at herself in the midst of an uncomfortable reckoning?

VS: My mother was a stoic and pragmatic woman. Because she faced whatever occurred with great courage and determination, she was able to laugh and enjoy her last months with gratitude and humor.

KN: You founded a group to help others deal with grief over loss of a family member, and you were involved with this group while your mother was in her declining years. After she’d gone, did you find it hard to take your own advice, or were you able to integrate what you’d taught others into your own healing?

VS: I most definitely followed the advice I would offer any grieving person, which is to be gentle with themselves and to not fight the grief. Because grief takes you on a rollercoaster ride of emotions, most grieving people begin to feel they are going crazy. They think they’re doing fine and when the painful emotions sweep over and through them again, they believe they are falling apart and something is wrong with them. Knowing not to resist or fight whatever emotional way my grief was manifesting at any given moment helped me the most. The only way to deal with grief and to heal is to allow its expression. I also kept in mind that my goal was to allow the grief to teach me because grief always contains valuable lessons about life and love if we are willing to pay attention.

KN: Finally, you say and I quote, “It is too simple to rewrite history in favor of the dead person, and that’s never a good thing.” As you wrote your story, did you find yourself tempted to gloss over some important truths, or did it help you in some way to present an honest portrayal of your relationship, even if it wasn’t always the most flattering?

VS: I was never tempted to gloss over anything in my story. I put down the worst and the best about my mother and myself. I believed writing the truth was important so readers could observe the potential for growth and healing when two complex women in a challenging relationship keep the lines of communication open.

My comment that, “It is too simple to rewrite history in favor of the dead person,” came from listening to grieving clients. My clients couldn’t even hear themselves when they’d say disturbing things about the person who’d died. Rather than integrating this truth that the other person was not easy and may have even provoked much of the conflict, they felt tremendous guilt and blamed themselves for every argument or misunderstanding while practically describing the dead person as a saint.

KN: Thank you for sharing this deeply personal memoir. I think it’s certain to help others who are going through this difficult yet important stage in the life of a parent.