We are happy to discuss The Dinner Party, and more, with its author Brenda Janowitz.

Kelly Sarabyn: Class ambition was a prominent theme in The Dinner Party. Are class dynamics something you have always been interested in? Was that part of the original idea for the novel, or did it start with something else? Depicting the ambition for wealth has a strong tradition in American literature—do you have any favorite novels in that vein?

Brenda Janowitz: Yes, it’s something I’ve always been interested in. And that was the original concept for the novel—these three very different families gathering for a holiday meal.

And yes! I have so many favorite novels in this vein. Most recently, I loved The Nest by Cynthia D’Aprix Sweeney, Seating Arrangements by Maggie Shipstead, and Everybody Rise by Stephanie Clifford.

BJ: Yes, I agree that since the younger generations in this book grew up with money, it colors how they view the world. In contrast, a character like Joe, who did not grow up with money, has big plans about how he will make his fortune. I think that having money (or not having money) influences whether or not you think it’s important.

KS: Sylvia Gold is very impressed with generational wealth and the status that goes with that, even though she herself is solidly upper class. Do you think, for her, that it represents a kind of impenetrable security? That having massive wealth would insulate her and her children from all heartbreak or pain? Or is it something else that drives her admiration? 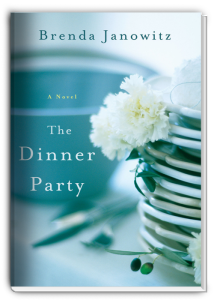 BJ: Sylvia grew up very poor, and in chapter fifteen, she thinks about what she wants for her daughters—a life like her own, which includes a marriage to a smart, handsome, wealthy doctor. So I do think that Sylvia believes that wealth can offer her children a certain type of security.

And as for her admiration of the Rothschilds, they are legends. Who wouldn’t be impressed with that? I certainly am!

KS: I found it interesting that one character was disappointed to discover her significant other came from the same upper class background as she did. On the one hand, it seems legitimate to want to learn about other backgrounds, but on the other hand, there seems to be something offensive about rejecting a person because of their family’s class. I would have loved to know more about this character’s motivations. What is your view of her? Do you think she was misguided, or do you think she was being reasonable?

BJ: I think that she was, and has been her entire life, trying to run to something bigger, something better, than what she came from. Something more noble. Something more important. Throughout her college and grad school career, she tried on different personas, always to find herself back where she started. I think that the takeaway from this character and her arc is that she didn’t really know this person she was dating, after all.

KS: Two of the families in the book were depicted as having very different parenting styles. The Rothschilds seemed to have spoiled their son by letting him do whatever he pleases, and the Golds, particularly Sylvia, seemed to have parented with very high expectations for her children. As a result, the Rothschilds’ son is floundering as an adult, neither in college nor employed, and the Gold children are all successful but, to different degrees, burdened by the weight of their mother’s expectations. Do you think there is a lesson there about finding a happy medium, or is parenting individuals too particular to derive general lessons? Do you think excessive wealth makes it difficult to raise a grounded child? I saw a study that claimed 70% of family wealth is lost by the second generation, and 90% of it is lost by the third generation.

BJ: I’m the mother to two children, so this is a tough one for me to answer! I suppose that we’re all always trying to find that happy medium. But it’s hard. As my dad likes to remind me: You were raised by the bible of Dr. Spock. Years later, they said that everything Dr. Spock said was wrong. So, do what you want because no one knows the answers anyway!

KS: Your book chapters were short, only about three and a half pages each. Did you plan the format out that way, or did it just develop organically? How do you think that particular format helped the telling of this particular story?

BJ: The format worked out organically, but I tend to favor books with shorter chapters. For this novel, I think shorter chapters worked particularly well since I was working with a close third person style and a large cast of characters.

KS: This book is told in third person, and it successfully moves amongst many different characters’ perspectives. Did you find it difficult to balance so many different voices, and decide who to shift to and when? Since you didn’t have much space to capture each person, did you ever struggle to come up with scenes or anecdotes that would reveal a character concisely but effectively? 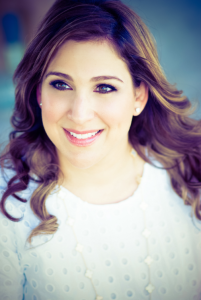 Originally, I was writing the book in first person, told entirely from the point of view of Sarah. But I soon realized that the central relationship in the book was between Sarah and her mother, Sylvia, so I wanted to dive into Sylvia’s head a bit. From there, I began exploring other characters a bit more intensely, so the book became a close third with shifting viewpoints.

KS: I loved how different all the characters were, and how they were all flawed in their own ways but still interesting and sympathetic—did you have a favorite?

BJ: Thank you for that! That’s such high praise.

I love all of my characters like they are my children, but Valentina was particularly fun to write. As my editor says: Valentina always says what everyone’s thinking, but is afraid to say!

KS: One of the families depicted in the book are part of the wealthy Rothschild clan. Why did you choose to have your characters come from a real family?

BJ: It is hard to impress Sylvia Gold. So, in thinking about the perfect family for her to meet, they had to be the be-all end-all of Jewish families. Thus, the idea to use the Rothschilds was born.

KS: Some of your earlier books were categorized as “chick lit.” What’s your view of labels like chick lit or even women’s fiction? Is there a concern about such labels turning off male readers or do you think they appropriately inform the reader of the content of the book? When writing this novel, did you think of the marketing label or just tell the story you wanted to tell? How do you feel your writing has evolved over the course of five books?

BJ: If labels can help a reader find my book, then I’m all for them. It’s tough when people use labels to denigrate your work, though.

When writing, I try not to think about marketing too much; I try to just tell the best story that I can. But as you pointed out, my writing has evolved over the course of five books, and I’m always looking to write a better book, tell a better story each time. I hope that I’ve achieved that with THE DINNER PARTY.

Brenda is the author of five novels, including THE DINNER PARTY (St. Martin’s April 2016). Her work has also appeared in The New York Times, The Washington Post, Salon, the New York Post, Publisher’s Weekly, PopSugar, Mom.me, Hello Giggles, Writer’s Digest Magazine, WritersDigest.com, and xojane. You can find Brenda on her website, www.brendajanowitz.com, and on Facebook and Twitter at @BrendaJanowitz.