A newly married lawyer is drawn into a complex web of circumstances involving her charismatic client, her young neighbor, and secrets from her past. My Husband’s Wife is a haunting, unpredictable story spanning decades and exploring the heights of ambition and the depths of guilt.

Kate Newton: Jane, we appreciate you taking the time to discuss your novel, My Husband’s Wife. Your book is a unique, taut, psychological thriller full of surprises until the end, and I mean literally, the end. Can you tell us how you first got the idea for the story?

Jane Corry: Thank you for asking me! I got the idea because, after my first marriage ended, I took a job as writer in residence of a high security prison for men. I’d never been inside a jail before and I was very apprehensive. But when I got inside the prison, I found I was hooked. I helped men to write short stories, letters, poems, life stories and novels. It showed me that some prisoners can be very different from the stereotype characters I had in my head. I was also influenced by the whole concept of marriage. Towards the end of those three years in my prison job, I got married again. It made me think about the relationship between first and second wives. The result is My Husband’s Wife! 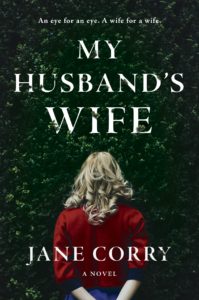 KN: How would you describe your writing process? Did you plot things out in advance or did the story develop organically?

JC: I start with a core idea and then I think of characters who would fit into that idea. I always work out an initial scene in which a main character finds herself in a sticky situation. Then I work from there. It is organic but at the same time, I have structure in terms of pages of concepts which come to me both before I start a book and then during the process. For example, I will find I know the characters far better at the end of the novel so I’ll go back and deepen then. I will also add ‘clue seeds’ that lead to the final twists.  Then I revise again, putting in more scenery and somehow, as if by magic, it comes together! At least I hope it does…

KN: The book alternates chapters from Lily and Carla’s points of view. While Lily’s POV is present tense first person, Carla’s is past tense deep POV. Deep POV is a relatively new technique — it’s third person but from a highly subjective point of view. I found it particularly effective. Was there a specific reason you used these different POVs for the two characters?

JC: Yes. The two points of view were a deliberate technique to make the two characters very different – not just in terms of personality and appearance but in the way they come across to the reader. I enjoy writing in both these points of view. I hoped that they each got the reader into the character’s skin. I always try to imagine that I am in my character’s head. 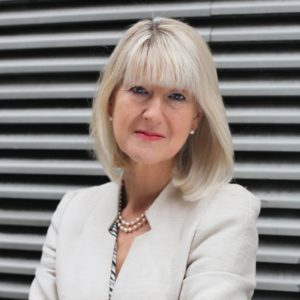 KN: Mental disorders play a large part in this book. I don’t want to give too much away for readers, but several of your characters’ actions and behaviors were very compelling from a psychological point of view. Do you have a background in behavioral science?

JC: No! At school, I was hopeless at anything that was vaguely scientific! But I’ve always been fascinated by people and why they act as they do. I think this is because I trained as a journalist and wrote for women’s magazines for several years. I specialized in interviewing ‘ordinary people who had done extraordinary things.’ I wept and I laughed with these people and many became friends.

KN: Lily is an attorney working and living in England. I’m a lawyer too, but I confess to knowing very little about the British legal system. Can you give our non-UK readers a quick primer on the solicitor/barrister distinction?

JC: In broad terms, solicitors take instructions from clients and then brief barristers to argue the case in court. Sometimes solicitors can do that too but they need to take an extra qualification for the higher courts. Solicitors’ firms tend to offer a broad range of services from civil matters such as buying a house and divorce to criminal cases. This might be anything from ‘minor’ theft to complex fraud or murder. Barristers work from ‘chambers’ where the clerks receive the instructions from the solicitor and distribute the court work according to the skill and availability of their barristers.

KN: Throughout the book, there’s a constant contrast between two characters—one who’s filled with guilt, and one who seems to have none. Yet occasionally, their actions and thoughts reveal that there is more to them than meets the eye. By the end, we see the moral complexity of a number of individuals. As a writer, how do you go about developing characters that are multifaceted?

JC: I do it in layers. I start with a character and get them moving in the plot. Then, as I begin to know him or her more, I add personality and problems and hang ups. I don’t do this in one go. There’s a lot of going back and forth on my screen! I can also be doing something completely different like walking the dog or gardening or swimming when another idea will come to me! My family is used to me scribbling on anything that’s to hand – including my own arm…..

KN: Would you say that the characters of Lily and Carla evolve, or do they just become more fully understood as the story progresses?

JC: I think they evolve like any human being. My own personality has evolved as I have got older and I think this is the same for many other people. The young Lily and Carla have to go through some challenges in order to develop into the characters they become towards the end of the book. This doesn’t necessarily mean that they are better or wiser. They’ve just learned things that make them do what they do!

KN: Lastly, I understand you have a new book coming out called Blood Sisters. Can you tell us a little about it?

JC: I’d love to. Blood Sisters is about sisters, friends, lies, love and prison. The two main characters are Alison, an artist (who specializes in stained glass) and works in a jail. The second is Kitty who cannot walk or speak but is far more aware than anyone realizes. The link between them appears to become clearer as the book continues. But don’t be fooled! It’s easy to jump to conclusions . . .

KN: Thanks so much for taking the time to chat with us!