Our Kids: The American Dream in Crisis by Robert D. Putnam is a sobering and timely read about inequality in America. Putnam’s book sidesteps heated political debates about the redistribution of wealth by focusing on a premise the majority of Americans agree on: namely, that Americans should have equal opportunities.

Putnam argues that in the last forty years, opportunities have become less equal. More and more, the economic rung people are born onto is the same rung where they end up. Putnam marshals forward a variety of “scissor” graphs, where the upper classes have maintained (or increased) a high level on various beneficial indices—not only of household wealth but things like dual parenthood, education level, family dinners, number of extracurricular activities for their children, and social networks—while the lower classes’ scores on these traits have precipitously declined.

Putnam doesn’t put these recent divisions in a larger historical context. In might be that the 1940s to the 1960s were a time of unusual economic equality, and the historical American norm might be one of significant inequality and class segregation. This would be worth examining if for no other reason than it might help illuminate the reasons for their fall and rise. As books like American Tragedy and The Great Gatsby (both published in 1925) illustrate, the American Dream might have always been in crisis.

Indeed, Putnam briefly acknowledges this difficulty but then ignores it. Putnam makes no attempt to separate people content living on a lower income from those struggling to make more, even though he insists his book is about opportunities, not outcomes. There are also those who wish to make more but are either unwilling or unable to take advantage of opportunities. 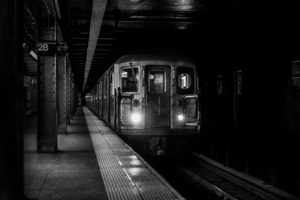 Putnam avoids delving into these distinctions and instead focuses on the large gap in benefits given to lower and upper class children. Even though many of those benefits are social and thus arguably the choice of the parents, and not society, it seems like Putnam’s position is that the inequality gap has grown so large that even if some of it is accounted for by parental values, it is still a societal problem.

Answering why inequality of opportunity has risen the last forty years is a complex endeavor, and Putnam does not do a particularly good job disentangling various possible causes. Single parenthood, for example, significantly decreases a child’s chance of advancing economically, and its incidence has skyrocketed in the lower classes. From 1955 to 2010, the rate of single parenthood in the lower classes went from 8% to 65%. Meanwhile, in the upper class it went from 5% to 9%. In other words, upper class parents have continued to primarily raise their children with a partner while the majority of lower class parents have shifted to doing it solo.

This shift—from a 3% class gap in single parenthood to a 56% class gap—has had a large impact on children’s respective opportunities. Putnam acknowledges cultural changes might play some role in this development, but blames wage decline and stagnation, and increased incarceration as the primary factors at work. He doesn’t, however, successfully explain why, during the Great Depression, even though the marriage rate declined, there was no spike in children born out of wedlock. He also dismisses, with little explanation, immigrants who come to America with little money and manage to avoid these trends. Both those facts suggest that it isn’t just stagnating wages that are to blame for the increase in single parenthood, but also something having to do with the evolving cultural attitudes of the lower class.

Even though Putnam argues economic instability makes marriage less desirable, he doesn’t provide a compelling reason why this would be so. It seems like pooling meager resources would be advantageous, especially if there were children to be taken care of. Rationally, it seems like the wealthy would be the ones less likely to “need” marriage as they have extra money for sitters, nannies, housekeepers, and tutors. Meanwhile a single parent with a low-paying job will likely have to rely on cheap daycare, and cobbled together care when the child is sick or the daycare is closed. They also have to maintain their household while taking care of their child. These are burdens that it would seem advantageous to share with a partner.

It’s unclear why most of the lower classes have foregone those benefits, and Putnam doesn’t provide a convincing answer. Most likely it is a storm of factors, economic and cultural. The single parents Putnam interviewed for the book who are lower class don’t disclose their reasoning to him.

Even though Putnam’s explanations for how we have arrived here are lacking, he does provide a very convincing portrait of lower class children in crisis. Lower class children have less time with their parents, less access to extracurricular activities, less family dinners, and face more housing instability, and harsher discipline. The stories Putnam shares from his interviews of people in the lower class, illuminating his graphs, seem full of unplanned children, floundering relationships, housing instability, substance abuse, imprisonment and unreliable employment.

New research suggests that the early years of a person’s life might have lifelong consequences for executive functioning and relationship formation. Thus a segregated lower class that is overburdened, underemployed, more frequently imprisoned, economically stressed and raising children in single parent homes might be harming the very qualities in their children that would empower them to get ahead. Not only do poor children have less opportunities—in a devastating statistic, Putnam points out that high scoring poor children are less likely to go to college than low scoring wealthy children, for example—they might be less equipped to take advantage of opportunities they do encounter because the upheaval in their upbringings leaves them less capable of navigating them.

This is a particularly dangerous development—lower class children being less prepared to succeed—because Americans tend to be much less supportive of equalizing adult outcomes than they are of equalizing opportunities. If lower class children are launched into adulthood with less impulse control, less education, and less executive function, then, even if they were to get equal opportunities, they won’t be able to take advantage of them as well as their wealthier peers. 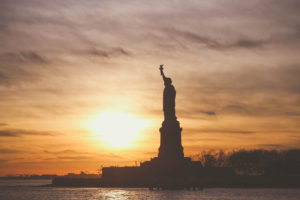 So how to intervene? Surprisingly, Putnam found that schools per se had little effect on children’s outcomes. If lower class, low scoring children enter a school, lower class, low scoring children tended to graduate from a school, even if the school has the exact same budget as a school in a wealthier neighborhood. Putnam suggests, then, either integrating poor children into wealthier schools, or giving schools in poorer neighborhoods an even larger budget to try to equalize the results with wealthier schools.

In the last chapter of the book, Putnam offers this as part of a laundry list of possible interventions. Many of his suggestions have shown only modest gains and are expensive (free preschool, increased school funding and mixed income housing, for example) so one has to wonder about their political viability. His suggestion of reducing drug-related incarceration, something that has burgeoning political support, seems more promising.

Other ideas, like increasing the number of unskilled job opportunities, are laudable but require complex economic knowledge Putnam does not seem to have. He offers little on how to achieve such a complex economic goal. Putnam also urges cultural changes—encouraging dual parenthood, mentoring poorer children and coaching poor parents—that would be helpful but, again, Putnam doesn’t seem to know how to make this successfully happen. Intentionally changing cultural mores from the outside is difficult and likely calls for significant cultural knowledge and creativity.

Even though Our Kids doesn’t compellingly disentangle the solution to America’s increased inequalities, it does demonstrate these inequalities exist. That alone makes the book well worth reading. Our Kids illustrates the increasingly divergent experiences of children born to the lower and upper classes in a way that will hopefully engender a broader conversation about how this has happened and what can be done about it.