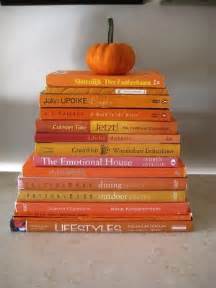 There I was, trying to think of ways that Book Club Babble could raise awareness about bullying since October is National Bullying Prevention Month. I started to mentally put together a list of painfully honest, yet hopeful memoirs on the subject.  Then I thought, maybe I should focus on books like William Golding’s dystopian The Lord of the Flies or Stephen King’s 1974 debut, Carrie? Maybe Nineteen Minutes, Jodi Picoult’s 2007 novel, which tackles the controversial subject of high school shootings, might be a better choice? Sadly, the selection of antibullying titles is dizzying, and let’s face it, there is nothing inspirational about books about bullying. I continued to struggle. Should my list mix fiction with non-fiction? Should I include books that research bullying— ones that have raised our collective awareness of the serious impacts it can have on children and adults? My mind was spinning…

Enter my encounter with Monica Lewinsky. Every October, schools, and organizations across the country observe National Bullying Prevention Month.  My school just happened to have Monica Lewinsky as a speaker and I ran into her on the way to the faculty lounge last week. 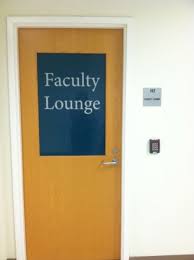 How did I not know that she’d created a PSA (public service announcement) that was completely relevant to the post I wanted to create? It was a godsend, stopping my whirlwind of ideas and giving me a powerful message to focus on. Her PSA is amazing – a brilliant and thought-provoking way of showing how people behave online, hide behind screens, and write things that they would never say to your face.

She recently debuted it for Bullying Prevention Month, and it’s called In Real Life. The piece delivers a powerful message on the power of words. Actors play the part of bullies and their targets throughout New York streets and coffee shops, using real online comments as dialogue. Her goal was to creatively demonstrate the difference between people’s online and offline behavior in a thought-provoking way. 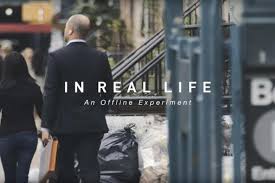 In one scene, two men are sitting at a coffee shop, when a man walks up to the couple and says, “I think gay people are sick, and you guys should just kill yourself.” Cut to another scene, a Muslim woman in a park is confronted by a white woman who yells at her, “You know what? All of you Muslims need to go back to the hellholes you’re from. Can you believe this? Fucking terrorist.” 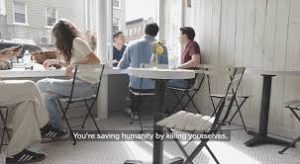 We have to ask ourselves, why does it take a PSA to remind people about the inhumanity of their actions. The vitriol that trolls type with impunity is, in reality, things that they would never say to someone’s face. The only reason that I found out about Monica Lewisnky’s PSA is because I accidentally ran into her.

Only moments before, I had learned that she was in the building, speaking to our students. I was vaguely aware of her anti-bullying campaign, but in my mind, she was still the larger than life “Lewinsky”. She was so famous that I had still failed to make the connection between her real-life experiences and her new (and very important role) as an anti-bullying advocate.  It wasn’t until I met her in the flesh that I realized that someone’s famousness does not make them immune to feeling violated, to being bullied. My chance encounter with Lewinsky was about seeing her as a real person.  Not the famed Lewinsky, but the grown woman (standing just before me) who got up out of bed that morning (just like the rest of us) and had to figure out what to wear…

In that hall, it was just the two of us – both forty-four years old.  The difference was that at twenty-two I led a rather private life, while she was the 22-year-old intern who had an affair with the then most powerful man in the world, Bill Clinton.  More to the point, at that age she was one of the many women who was (and continues to be) punished for the misconduct of a powerful man.  While Bill Clinton resumed his life and continued on to be the esteemed philanthropist people still know and talk about, she was and continues to be stigmatized and shamed. 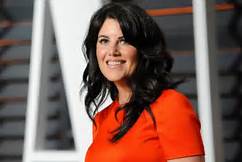 So, what did I learn? I learned that she isn’t a punchline, she is a human being. True, it is something that she has said herself, and something that should be a given, but it’s not. I learned that it is easy to remain complicit in the public shaming of individuals when they don’t seem human. Last year, The Guardian interviewed Monica Lewinsky for a series that they were doing to address the issue of online harassment. They wrote: “Lewinsky was once among the 20th century’s most humiliated people, ridiculed across the world. Now she’s a respected and perceptive anti-bullying advocate.” As someone who has been bullied, and continues to be bullied, she is now working very hard to destigmatize the shame of online harassment.

Personally, I am grateful that I had the opportunity to see that Monica Lewinsky is a real human being. And it made me realize everyone we see in the media is too. It is never OK to be on the receiving end of humiliating comments and mocking memes. More importantly, cyberbullying can have devastating consequences. Suicide is one.  Lewinsky has committed to using her voice for all those who haven’t.  Please share her PSA and spread the word. And don’t forget to keep all of the women who are currently speaking their own truths in the media right now in mind. Earlier this month, allegations against producer Harvey Weinstein opened the floodgates and inspired #MeToo, a movement highlighting sexual harassment in the entertainment industry and beyond. The backlash has already started. This week the White House’s official position is that all of the women making allegations of harassment against President Donald Trump can be summarily dismissed as liars.

When these women get branded as “asking for it,” “sluts,” or “whores,” online, this is bullying, all horrific acts of public humiliation. Back in a 2014 Vanity Fair magazine article, Lewinsky wrote, “Where were the feminists back then?” I hope that history does not repeat itself with this president.