Guest post by Lynne Reeves Griffin, author of The Dangers of an Ordinary Night, publishing November 9, 2021, by Crooked Lane Books

When I was a kid I couldn’t get enough of the Hidden Pictures puzzles found in Highlights Magazine. Whether I sought out the latest copy on the shelves of my town library or I rushed to beat my sisters and brother to our mailbox—during the year my mother agreed to subscribe—I loved the experience of finding a secret book, a cloaked girl, a masked fox on the page.

When I turned to writing stories instead of merely imagining them, it occurred to me that I could create similar puzzles within my own work. In fiction, telling details are those words or images employed to help the reader see the world the writer is describing. Anton Chekov called these precise and illuminating visuals, little particulars. More contemporary writers refer to the subtle placement of imagery as literary Easter eggs.

Well-known examples include Lewis Carroll’s Through the Looking Glass, which contains an acrostic poem that spells out “Alice Pleasance Liddell,” which was the name of the real girl who inspired the fictional Alice. And the frontispieces in each book of The Lord of the Rings trilogy, which showcase messages along the border, written in a language created by Tolkien who was also a linguist.

No doubt you’ve heard the expression: a picture is worth a thousand words. To writers, their chosen images are not merely decorative. They’re there to ask readers to fill in the blanks with their own knowledge, their experience—their emotions. What do you conjure in your mind when you see the words, dollhouse or baby’s breath? How do you feel when you read the words, dead-end street.

The writer Jessica Morrell writes in her excellent book Between the Lines: The Subtle Elements of Fiction Writing, that when used thoughtfully, “imagery acts almost like a sixth sense, whispering to the reader’s subconscious.”

In all of my novels, I’ve tried to paint pictures that pack a punch, playing with color, selecting names, and adding flowers with symbolic meaning. With a nod to my now-adult son and daughter, I placed their favorite children’s books inside my stories. I’ve had fictional characters read The Runaway Bunny by Margaret Wise Brown and The Lotus Seed by Sherry Garland. I wrote an entire scene in one novel that recreates imagery from the classic One Morning in Maine by Robert McCloskey.

As obvious as these references were to me and my children, there are many times when the writer doesn’t want or need to express things so directly – when the visuals are intended to play out more subtly.

Instead of forecasting to the reader, that items scattered throughout the narrative have import to the writer, imagery is more subdued, leaving room for the reader to see it or not. The goal is more to create architecture than awareness.

I’ve always loved the part of the conceptual process where I get to create the stage upon which my story will play out. At the outset of writing my new novel, The Dangers of an Ordinary Night I always knew it would take place in a performing arts high school. Yet over time, I began to wonder what if each chapter contained the exact right hidden picture? Could I add a play reference from outside the story that would inform the inside story? 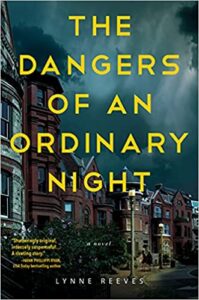 Sometimes I’d simply read a play and think its title was the perfect chapter title for my novel. A Doll’s House. Six Degrees of Separation. The Swing of the Sea. Other times I’d bury the lede so to speak, leaving the title inside the lines. Our Town,Good Kids, Spring Awakening.

Though it wasn’t my intention to write a novel in code, before long, play titles popped up everywhere, and hidden images related to over two dozen plays found their way into the narrative. Some readers might recognize details and images from the play being referenced as they read. If you’re a theater geek like me, you’ll have fun with it. For readers who’d rather forego the noticing in favor of sticking to the reading, a list of plays as they appeared can be found at the end of the novel.

I enjoyed placing these theatrical hidden pictures within the story, even if a reader doesn’t notice the structural aspect of this narrative choice. The strong foundation will be there whether the reader notices the architecture or not. The art of finesse sentences and layering in meaning by adding visual gems aimed at pulling readers into the story experience posed a challenge. It was also the part of the process that brought me the most joy. It’s my hope that it will delight the reader as well. 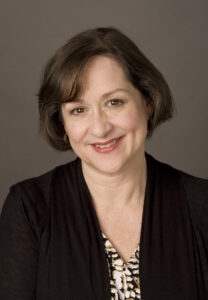 She writes novels of domestic suspense as Lynne Reeves, with The Dangers of an Ordinary Night published by Crooked Lane Books, available now. to learn more about Lynne’s work, visit LynneGriffin.com or follow her on Twitter @Lynne_Reeves and on Instagram @LynneReevesGriffin.