Something unusual has happened to me since I started writing. I find myself feeling rather vulnerable, and with some regularity. I had a different career before this – one where I was confident in my abilities and proficient in my day-to-day work. Of course I made mistakes, and I grew and learned from those mistakes, but this isn’t the same thing. This vulnerability is raw and unsettling.

And, to my great discomfort, it’s been creeping into other areas of my life. I’m more emotionally fragile with my husband. I’m less secure in a crowd of new people. I’m sometimes hesitant to talk about my work. I barely recognize myself. My own sense of identity has been completely challenged. And yet…

I can’t imagine doing anything else. The artist side of me is someone I haven’t recognized or honored in a long time. She feels like a different version of the person I knew so well and worked hard to cultivate – but she’s been in there all along. Now I have to acknowledge her, and I have to find a way to balance the discomfort of vulnerability with the joy of creativity.

During a recent yoga class, my teacher and friend played us a portion of a TED talk given by Brene Brown. It was serendipitously titled: The Power of Vulnerability, and I highly recommend listening to the whole thing. The one piece that resonated with me was about people Brene called the “whole-hearted.” These were the people from her study who had a strong sense of worthiness, love, and belonging. And all of them had a few things in common – they had the courage to be imperfect, they had compassion for themselves and for others, they created connections by being authentic, and they fully embraced their own vulnerability. I’ve been really sitting with this last one for a while. The healthiest, most well adjusted people in the study were those who fully embraced their own vulnerability. Huh.

My older kids are choosing careers in the arts. One is pursuing film acting and the other screenwriting. We’re all storytellers in our own way, I guess. We’ve had thoughtful conversations about what it means to be true to your voice, and still appreciate constructive criticism, how to be confident in your talent, yet constantly seek to improve your craft. In some ways they have an advantage – they’ve been putting themselves out there all along. They’ve learned to deal with the critics, the naysayers, and the failures with good grace. They’ve learned to embrace their vulnerability.

My husband is a singer and songwriter. A while ago he said to me, “Honey, it’s time to stop singing in the basement and get booed on stage.” This was around the time I’d finished an exhausting round of edits for my first manuscript and needed to send my book baby into the world. I was terrified! As a musician, he understood my fear right away, but that didn’t stop him from giving me a gentle shove. After all, he doesn’t sing in the shower or in the basement – he sings on a stage. He risks getting booed. 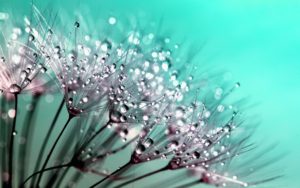 In the face of self-doubt, failure, and sometimes-callous criticism, why do we press on? Why do we continue to create? Perhaps because it is immensely satisfying to touch another person’s soul with something we’ve made. Perhaps because the world needs its painters, storytellers, sculptors, photographers, musicians, dancers, and actors. We need them not just to entertain us, but because the mere fact that they exist at all says something powerful about being human.

Any artist in any field understands that to share our work is to be vulnerable. We’ve risked baring our hearts to strangers – with words, in images, with a paintbrush, on a stage. We’ve put something of our private selves out into the world. Even my stories, full of spaceships and evil villains, myths and magic, have some of the real “me” in them. People who know me well will recognize those pieces. But I think it’s worth it to tell the story, and I’m slowly learning to make peace with the discomfort.