Novelist Julie Prentice and her family move to a quiet town, seeking a change of scenery and a fresh start after a former law school friend turned obsessed stalker targets Julie. But soon the relationships in her new community go terribly awry, and an old suspicion, that Julie based her bestselling novel on real events from her past, follows her. A page-turning psychological thriller, Fractured builds suspense and intrigue until the very end. I’m so pleased to welcome author Catherine McKenzie to BCB today.

Tabitha Lord: Julie, the main character in Fractured is a writer and a lawyer, as are you! This part of the story feels particularly authentic. Where do your own experiences sneak onto the page?

Catherine McKenzie: I make a real concerted effort for my characters not to be based on me, but that does often mean that I end up choosing professions for my characters where I have some insight. My sister, who helps me in the developmental stage, recently said “No more lawyers or writers!” And she’s right!

TL: You wrote the book in two voices, Julie the main protagonist, and John, her neighbor across the street. Why did you choose these two perspectives from which to narrate the tale?

CM: I think there are many sides to every story and so I wanted to show that in this story. Also, Julie is the outsider and John is the insider—I thought it was important to show the story from both of those perspectives as well as a way to add tension and depth.

TL: The timeline is not consecutive in the novel, but rather shifts from past to present and back again. Can you discuss this and some of the other techniques you used to build suspense throughout?

CM: I like to think of the book as having two clocks in it – one twelve hour day which is linear and one 12 month period leading up to that day that starts 12 months ago and winds down to the day in question. That was key to keeping the reader in the dark about what was happening. Another technique I used was not to have the present day narration talk about what had happened in the past. The characters in the present know what happened, but they don’t have to reveal it.

TL: I want to talk a little about Julie’s character. Her narrative is first person, so the reader gets a sense of her personality, but you still manage to surround her with a faint cloud of mystery – a little bit of distance that we can’t quite breach. For example, I still question her decision to have her dog attack Chris. I understand her fearful response seeing someone climb out the neighbor’s window late at night, but she wears a panic necklace that she simply could have pressed, and she wasn’t alone on her walk. The violence of her response felt disproportionate to the situation. Her rather strange interaction with the woman on the airplane is another example, and there are a few more. Was this a strategy to keep the reader wondering about Julie, or in your mind is she just a complex character?

CM: In a word, yes to both. Julie is a complex character and is also a little off. What she does makes sense to her, but not always to those around her. She is a little unreliable, in several ways, even to herself.

TL: Julie’s stalker, Heather Stanhope, is presented over time and in layers. Although I knew from almost the beginning that she was the catalyst for Julie’s move to a new town, it was witnessing her harassment of John that really made the destructiveness of her actions and her terrifying, obsessive behavior hit home for me. Can you talk a little about why you included this scene in the story?

CM: There is a misperception that stalking is necessarily about the subject of the stalking; it isn’t. It’s about the person doing the stalking. So I wanted to show that. I also wanted to show how frightening it could become and how quickly. So I thought if I had her shift to John, who enters the fray a bit innocently, it could show that effectively in a short time frame.

TL: I’m always curious about another writer’s process. Throughout the book, many of Julie’s writing habits are revealed to the reader. How do your habits compare?

CM: They are not similar at all. I don’t write full time and I don’t have kids so our schedules are very different. The only commonality is word goals, but since I have less time to write, I set them higher than she did. I do have a nice office to write in which I never use!

TL: How long does it take you to bring a book to life, from concept to final edit?

CM: Each book is different. Fractured came together very quickly for me, with the bulk of the draft being written in five months or so but I worked on the book for a year before I turned it in.

TL: I’m excited to learn that you’ll be publishing Julie’s novel The Murder Game next, and writing as Julie Apple! Can you give us a little sneak peak?

CM: Sure! You can read the first chapter here: http://julieappleauthor.com/about

TL: Thank you so much, Catherine. And happy release day! 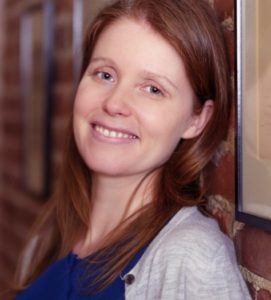 Catherine McKenzie is a graduate of McGill University in History and Law, and she practices law in Montreal, where she was born and raised. Her novels Spin, Arranged, Forgotten, and Hidden are all international bestsellers and have been translated into numerous languages. Her novel Smoke was named a Best Book of October by Goodreads and one of the Top 100 Books of 2015 by Amazon.