Thank you for joining us to round out our Women’s History series. We hope you’ve enjoyed the conversation as much as we have! Today’s featured author is Susanne Dunlap.

Susanne is the author of six historical novels, two for adults, four for young adults. Her forthcoming adult historical novel, Listen to the Wind, is the first book in the Orphans of Tolosa trilogy, and will be published by Bellastoria Press in April 2019. Congratulations, Susanne!

Why tell the stories of women?

It’s important first of all because, for centuries in the Western world, history has been told by men who assumed that only men made history—because men were the ones recognized for governing, or leading armies, or making scientific advances. Women simply weren’t seen. While it’s true that, because of the way society was structured, women did not (in most cases) have the power to be the leaders of governments or the officers in war, it’s important to remember that even the men in positions of power did not exist in a gendered vacuum.

Men have controlled the narrative around women for so long that it’s easy to assume that women were not important to history except as rare, extraordinary phenomena. The very fact that historians and authors of historical fiction keep finding more and more women who made important contributions to society, or fought side-by-side with men in wars, or were spies or artists or scientists means there are probably many more yet to be discovered.

It’s important to tell their stories to ensure that future students and readers don’t get the same male-skewed view of history.

It’s also important to not just highlight the major figures with names everyone has come to recognize, but also to shed light on the more mundane contributions women have made to history. More and more, the extraordinary women of history—who may not be women who achieved anything notable other than thriving and persisting despite the odds—whose stories have been overlooked by the keepers of the historical canon are being investigated, analyzed, brought to light, by both historians and authors of historical fiction. These stories are vital to gaining a truly rounded view of the events and movements that have preceded us—especially vital to young girls and women who are trying to find their own place in the world, to make them appreciate how far women have come—even though there’s farther to go.

Fortunately, it’s easier than it used to be to find information about almost anything, thanks to digitized archival collections. Documentary evidence that was once locked away in university libraries or national archives is now frequently at the fingertips of anyone with Internet access. All this is to say that the information is there in a way it once wasn’t, which helps when it comes to unearthing forgotten or overlooked figures. There’s still nothing quite like the thrill of discovering a cache of letters or a forgotten manuscript in some dusty archive. But that takes both time and money and often the support of an educational institution—things most aspiring authors don’t have.

In historical fiction, where the preponderance of readers are also women, an interest in the female 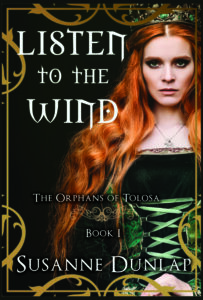 characters—famous and otherwise—who have not been given the attention they deserve in mainstream history has long existed. Fiction gives an author the latitude to not only bring a female historical figure to light, but also to life. Research reveals the facts of what happened and sometimes letters or other primary sources offer a glimpse into the personality and psyche of the woman. Fiction, with the license to imagine what exists in the empty spaces between pieces of documentary evidence, offers the opportunity to round her out as a living, breathing human being and present her as a complex and real individual.

My greatest hope as an author is that someone is intrigued by my fictional accounts and takes the initiative to explore the actual history.

Where does raising families come in?

This is a question that touches on both gender and class. Depending on what period (again, I speak of Western history since that is what I’m most familiar with) and the social class of the woman, her involvement with the raising of children could vary a lot. Of course, women had to bear the children, and pregnancy in some eras and places was looked upon as a sort of illness that incapacitated a woman for its duration. The Victorians particularly liked to sequester pregnant women. Many of the Victorian women who managed to break the bonds of their gender and class and achieve their dreams were not married. Florence Nightingale is a good example, although her achievements were in the traditionally feminine realm of nursing. She was able to do battle with the army doctors in the Crimea to institute sanitary conditions in the barrack hospital in Istanbul (then Constantinople) and in the field hospitals. Would she have been able to accomplish what she did if she had been married and had children? Doubtful.

The entire question of motherhood and its strictures on women is a rich one. My forthcoming novel Listen to the Wind takes place in mid-thirteenth century Occitania—a region of southern France that was a separate political and social entity from France at the time. Unlike many other places in Europe, women could inherit property, and estates were left not to the eldest son, but to all the surviving children, male or female. This gave women of the noble class a bit more political and financial power, but their primary role was still to bear children at a time when many of their progeny were not expected to survive to adulthood.

With little surviving documentation, other than heretics’ confessions and legal disputes over land or livestock, the only named women from the period and region who have come down to us are the trobairitz, the women troubadours, who wrote sophisticated and artful poetry and music as part of a courtly tradition. We know little about them except their names and a few surviving poems. It is these kinds of women who fascinate me as a historical novelist more than the Anne Boleyns and Queen Elizabeths.

Tell us about your protagonist

I would say my main protagonist, Azalais, is rather forced to adopt masculine characteristics just to survive. However, the typically feminine need to nurture and protect—her companion owl, the dependents on the estate she becomes mistress of through disguise—is something she possesses in abundance.

My secondary female protagonist, Domna Jordane, uses all her feminine qualities to achieve her goals. She knows she is beautiful and recognizes the power of this to get her way. She is also a trobairitz, a woman troubadour, which enables a great deal of the successful intrigue and deception throughout the novel.

Many of my main characters have been fictional, so I don’t think a heroine needs to be a historical figure to inspire young women. In fact, my imagination is often powered by trying to convey what an otherwise ordinary woman or young girl would have experienced in a previous era, what she would have to do to overcome the restrictions and traditions that would keep her to a prescribed path if she did not actively struggle to break out of it. In some ways, I think it can be easier for readers to identify with a woman who is not famous, who is more like them. This also gives freer rein to the imagination to create a whole, rounded character who isn’t restricted to what is known about her historically, but who can interact with the historical characters and give them context.

I have granddaughters. I hope for them that they will grow up in a world where their voices are not silenced, where they are not told they can’t do or be something because they are girls. I wish for them that their choices of reading material don’t include women’s fiction, because by the time they are women there will be no such thing. While of course different types of novels appeal to different readers, and men and women can have different tastes that align with their gender, I think that particular designation is harmful because it carries with it an implication that such novels are of lesser importance, that they deal only with the (frivolous) subjects of interest to women.

I think writers can contribute to a world where women and men are valued equally by writing their truth, whether it’s through contemporary fiction or historical. I don’t know what the stories of the future will look like, but I hope they are increasingly diverse, that they place women and men on a level playing field, and that all genres—fantasy, science fiction, romance, historical, mainstream—give people of all genders voices and characters that engage and inspire.