Book Review and Author Interview with 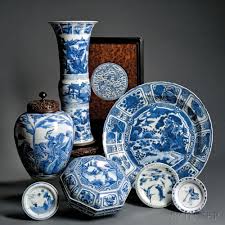 Things Unsaid is a family saga that takes you through the thorny tangle of family relationships and how these relationships influence elder care. In Things Unsaid, we meet Jules Foster, her sister Joanne, and her brother Andrew. Three adults, who despite having been raised together by the same two people, all have varying views of and reactions to what role they should play in their parent’s predicament.

Andrew is the son who can do no wrong in his mother or father’s eyes. In his youth, Andrew is indulged. He is showered with moral support, monetary resources and encouraged to be the best at whatever he chooses to be. Ah, but come adulthood, enter the pesky (but all too true) gender bias in terms of who cares for an aging parent. After all, it’s still fairly universal that people think of women as primary caregivers. 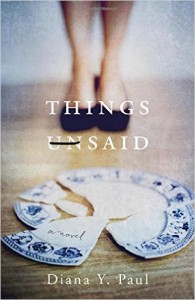 Joanne is the flaky sister. She is mostly unreliable, financially unstable and also expects to be bailed out by Jules. And then there is Jules, the oldest daughter, and the one who feels that she has a moral obligation to see that her parents are taken care of in their old age. She is still trying to get over losing tenure—a hard pill to swallow since she had sacrificed so much time away from her family. In addition to a career that was cut short and book that doesn’t seem to be going anywhere, the two people who rely on her the most—her husband and her high school age daughter—are losing their patience with her.

When will she be there for them? Can she figure out her life, that of her siblings and still see to it that her parents don’t end up on the street? Fortunately this female is multidimensional. Her sense of duty and obligation are not so strong that she is blind to taking care of herself. In the end, we are treated to a story of a woman who is able to meet these difficult challenges and surface with her sanity and spirit intact.

The characters in Diana Y. Paul’s novel are easy to sympathize with despite their flaws. Paul’s writing beautifully and poignantly captures individual portraits of people’s lives in a manner that makes the reader empathize with their self-doubt as we cheer on their courage. It is easy to become invested in each character’s own perceptions of their actions and selves. The real beauty of the novel, however, is the author’s ability to leave it up to the reader to ultimately judge how each sibling reacts.

Diana kindly agreed to answer some questions about Things Unsaid. Many thanks, Diana!

Maribel: The main theme in your novel, what to do with aging parents, is one that we are all too familiar with (or will eventually be familiar with). Jules, Joanne and Andrew all have children of their own. Still, they are all faced with the question of what to do to help their parents, who insist on maintaining the upscale lifestyle they’re accustomed to, despite their mounting debts. This kind of quandary forces people to ask all kinds of questions and ones that your novel eventually answers. Jules Foster finds herself torn between the needs of her 80-year-old parents and the needs of her immediate family. Does she pay her daughter’s college tuition or does she help her parents meet the exorbitant monthly fees of their upscale assisted living facility? What inspired you to write about this topic? And what would you do in a similar situation?

Diana Y. Paul: The new old age is a challenge for everyone: for the seniors who face an unprecedented life expectancy, for their aging adult children confronting saving for their own retirement, and for the young soon-to-be adults who may be caregivers themselves before they are prepared. Family conflict almost certainly will present itself as dilemmas: impossible choices about whom to help. Siblings will not agree on what is to be done. Furthermore, old sibling rivalries may surface, often with ugly consequences. I have several friends whose disagreements with their sisters and brothers often hinged on spending less for mom and dad so they could receive a larger inheritance, in spite of the fact that expenses were being paid from their parents’ own savings! My husband faced a similar family situation.

However, I would like to think my husband and I could discuss family problems with regard to caregiving by sitting down with my parents, siblings and spouses, and all teenage and young-adult children. We might have to call in an elder care professional facilitator. If there were dementia or Alzheimer’s involved, as is hinted at in Things Unsaid, caregiving becomes extraordinarily more difficult and stressful. The role reversal of parent and adult child is the pulse of our times and one that needs to be addressed compassionately.

Maribel: In Things Unsaid, your main character’s siblings make quite the pair. On the one hand, you have Joanne, the recent divorcee who gets treated more like an indulged adolescent than a middle-aged woman. On the other, you have Andrew, a dentist on his second marriage, with four children and one very big secret (yeah, you won’t see this one coming). Independently, each sibling has very good reasons for being who they are, but I couldn’t help but get a little frustrated with Andrew. Sexist attitudes still play such a role when it comes to which children are favored and even when Andrew stays away and avoids his parents, he is still his mother’s favorite little boy. Yet, when it comes to his parents’ new financial difficulties and late in life trials, he is MIA. “It’s none of my business anyway, Andrew thought. He had his own problems.” This isn’t just fiction, it’s something real families see all of the time.

As the oldest, Jules feels taken for granted, ever the dutiful daughter, she says, and “That’s what a good daughter is supposed to do-love her mother even if her mother doesn’t love her back.” The ending (which I will not spoil) resolves (quite satisfactorily, in my opinion) Jules’s dilemma. Obviously, gender factors have influenced modern family dynamics– today’s baby boomers are not tomorrow’s millennials. How do you see family dynamics regarding elder care in the future? For example, given that today’s fathers play larger roles in their children’s lives and mothers spend a lot of their time working outside the home, what might family relationships look like when their time to care for parents come?

Diana Y. Paul: Eldercare is only going to increase for the next generation. It is conceivable that our children could most likely be hit with the same type of family crisis Jules Foster has to face in Things Unsaid: competing needs for retirement savings, college tuition funds, and aging parental eldercare costs. Family dynamics between mother and father in the baby boomers, Gen X and millennial generations are more of a sharing, egalitarian distribution of responsibilities, but financial resources are still required for eldercare. For those with Alzheimers, the costs skyrocket. Unless we plan for multigenerational residential housing with healthy seniors helping with childcare, and eldercare provided by volunteer residents, this problem is not going away. It will only get worse. Working parents are stretched to their limits. More information with regard to what to expect may ease the fear and emotions for everyone about what to do, but systems need to be put into place as a safety net and as a compassionate, respectful response.

Maribel: There is nothing black and white about the dilemmas that your characters face. Problems abound and this is where it gets complicated, as selfish as Andrew and Joanne are, how much should Jules sacrifice, ultimately? She was never put first, by either her mom or her dad, her needs were always last, but Jules, in addition to being the first-born, is a practicing Buddhist. What can you tell us about the Buddhist philosophy and why it was so important to you to incorporate it into the narrative?

Diana Y. Paul: Buddhism, particularly Zen, has affected my life and informed my philosophy ever since studying the subject in graduate school and teaching courses on Buddhism at Stanford. Karma is a powerful concept—the complex chain of events for understanding who we were and who we become.

I wanted to step out of the boundaries of traditional storytelling and infuse the story with Buddhist values as well as the residue of Catholic guilt, which the protagonist still experiences. In my debut novel, Things Unsaid, a multi-generational family saga unfolds in which the complicated private relationships we all share with our parents and our children take perilous detours and side-trips.

By overlaying guilt and karma, the characters became rooted in obligation, duty and broken promises. I don’t believe this has been done in a novel before. But the process of writing Things Unsaid was also influenced by my Zen Buddhist practice.   For me, writing is also a form of meditation. When unlocked, writing reveals what is real in my emotional life, my memory, my images. Just as a Zen practitioner experiences losing of “self”, I also felt the losing of self in writing. In writing Things Unsaid the characters had a life of their own, arising in scene after scene, like momentary thoughts arising in zazen meditation.

To overthink is to destroy. I trust what is intuitive, almost seamlessly and organically. And then I let it go and move on. The writing process itself is a letting go, to give myself the permission to speak my truth, to let go of the editor, critic, and censor within. Without my background  in Buddhism, I doubt that I could have written Things Unsaid.