Every once in a while, I read a book that I normally wouldn’t, either because it’s not a genre I’d usually look at or I’m backlogged 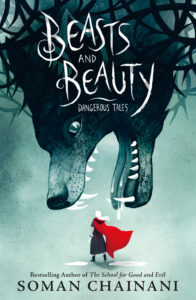 and simply don’t have time for everything that comes my way. I found Beasts and Beauty on my fellow BCB writer’s desk, amidst a pile of to-be-read ARCs, and she offered it to me. When it comes to books, it seems we all bite off more than we can chew, so to speak! Anyway, that night I curled up on her couch and read the first tale – a powerful reworking of Red Riding Hood, where the most beautiful girl in the village is offered to the Big Bad Wolf as a yearly ritual sacrifice. It hooked me with the first paragraph.

I don’t know about you, but the classic fairy tales have always frustrated me. While the colorful imagery in the stories withstands the test of time, in my opinion, the messages certainly don’t. I wouldn’t use them to teach my children lessons in morality. The stereotypically beautiful yet helpless princess doesn’t interest my daughter, and I don’t consider a handsome prince a hero if his only skill is kissing. The stories are representative of a certain time and place in history, but they don’t necessarily resonate in the modern world. Of course, I can’t deny, they each have something compelling about them, some kernel of interest that lingers. Soman Chainani’s vision for each story keeps the magical essence of the original but delivers an extraordinary upgrade. His lyrical writing style combined with a vivid imagination makes Beasts and Beauty a compelling, layered, and thought-provoking read. Each tale is a stunning little gem that will linger in your mind long after you turn the last page. 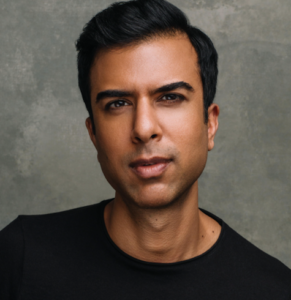 Soman Chainani is the New York Times bestselling author of the School for Good and Evil series. The fairy tale saga has sold more than 2.5 million copies, has been translated into 29 languages and will soon be a major motion picture from Netflix, which Chainani will executive produce. Soman is a graduate of Harvard University and received his MFA in Film from Columbia University. He began his career as a screenwriter and director, with his films playing at over 150 film festivals around the world. He has been nominated for the Waterstone Prize for Children’s Literature, named to the Out100, and received the Shasha Grant and the Sun Valley Writer’s Fellowship (both for debut writers). Every year, he visits schools around the world to speak to kids and share his secret: that reading is the path to a better life.