Months later, many people are still puzzling over Donald Trump’s presidential win. As an entertainer and businessman without any political or military experience, Trump was an unconventional candidate who made numerous statements (about women and Mexicans, for example) that would have tanked a normal candidate. He also had an unprecedented level of disapproval from his own party.

Logistically, Trump lost the popular vote, but he won the electoral college by flipping a number of Rust Belt states from blue to red. Many of the Rust Belt counties that went for Trump voted for Barack Obama at least once.

There are many theories as to why Trump won his party’s nomination and then the presidency, including the economic disenfranchisement of the working and middle classes, a widespread anti-establishment sentiment, a resurgence of bigotry, an opposition to identity politics, the unpopularity of the Democratic candidate Hillary Clinton, and the desire for a brash, forceful leader.

It’s unlikely we will be able to disentangle all the social and economic forces that led to Trump’s election without the hindsight of history, but these books are a good place to start.

The Righteous Mind: Why Good People Are Divided by Politics and Religion by Jonathan Haidt. This book provides a psychological explanation for how humans approach morality and politics. Humans are intuitive in their moral judgments (applying rationality only after the fact) and tribal. Published five years ago, Haidt’s theories explain why, in a society with rising socioeconomic segregation, our politics, on the left and the right, have become even more tribal.

The Unwinding: An Inner History of the New America by George Packer. One of the remarkable things about the 2016 presidential election was that Trump, who has a history of donating to Democrats and supporting many of their polices, won the Republican nomination, and Bernie Sanders, who has long identified as an independent and democratic socialist, almost won the Democratic nomination. In other words, it seems Americans of all parties were searching for an alternative to the current political establishment. The Unwinding explains why that might be the case, using insightful character studies to show an America in crisis, its institutions and mores crumbling. Packer shows how this “unwinding” was brought in large part by skyrocketing economic inequality—as evidenced by the devastating statistic that the six heirs to the Walton fortune at one point had as much money as the poorest 30% of Americans.

Listen, Liberals: Or, What Ever Happened to the Party of the People? by Thomas Frank. Even though a Democrat has been president for sixteen of the last twenty-four years, the gap between the rich and poor hasn’t abated; in fact, it has only increased. Frank argues that this is because Democrats have become the party of new economy professionals, passing policies that benefit Wall Street, Silicon Valley, the academy and the creative class. This has left the working class disillusioned and angry, with little voice in our political system. Frank’s analysis can explain the rise of Bernie Sanders (who Frank argues elsewhere was trying to return the Democratic Party to its working-class roots) as well as Trump, who repeatedly promised to bring back working class jobs. 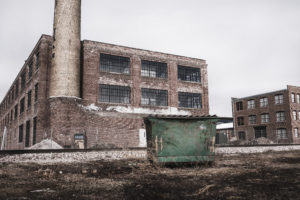 Age of Anger: A History of the Present by Pankaj Mishra. Mishra argues that modernization has produced winning elites, on one hand, and a losing, atomized populace, on the other. Those left out of the spoils of modernization are angry and isolated, and drawn to cultural supremacy, populism, authoritarianism, and even brutality as an outlet. Broad in scope, Age of Anger seeks to explain nationalist movements, the rise of Trump, ISIS, and more.

Dog Whistle Politics: How Coded Racial Appeals Have Reinvented Racism and Wrecked the Middle Class by Ian F. Haney-Lopez. Published three years ago, this book documents the use of strategic racism in American politics. It shows how politicians use coded language and race-baiting phrases to stoke fears about minorities, and lead the middle class into voting for economic policies that go against their own interests. While Haney-Lopez’s views are a bit extreme, there’s much here that applies to Trump’s campaign.

Hillbilly Elegy: A Memoir of a Family and Culture in Crisis by J.D. Vance. This immensely popular book is part-memoir and part-analysis of the type of towns that swung the election for Trump. J.D. Vance grew up in a dying Rust Belt town with an alcoholic mother. Eventually, he clawed his way out, first to the Marines, then to college, and finally to Yale Law School. He is sympathetic but critical of hillbillies, arguing cynicism, distrust and “learned helplessness” has come to dominate their culture.

The Populist Explosion: How the Great Recession Transformed American and European Politics by John B. Judis. The Populist Explosion explores the rise of populism on the left and the right, in America and abroad. Judis argues both left and right wing populism oppose the elite establishment, but populism of the right often opposes an establishment that is perceived as “coddling a third group” like immigrants or African-Americans. The current surge in populism can help explain both Bernie Sanders’ rise and Trump’s. Trump invoked both left and ring wing populism in his campaign.

White Trash: The 400-Year Untold History of Class in America by Nancy Isenberg. This sweeping book documents the entire American history of poor whites’ subjugation, from the founding to the present day. In an interview with Book Club Babble’s Amy M. Hawes, Isenberg explained why Trump appealed to poor whites, and compared Trump to Andrew Jackson, who also used vulgarity to portray himself as a “common” man.