I never expected to make the transition to writing memoir.  As a long-time novelist, I was used to fabricating stories – as opposed to recounting them.  But then I realized that the most memorable, most “true,” most evocative parts of the novels I was writing were based – sometimes loosely, other times directly – on my actual experiences.  In my book, The Dating Diet, I wrote about a character attempting to climb into what she thinks is the window of her hotel room only to discover that she’s at the wrong room.  In Yoga Cocaine, I described a seedy back-alley drug buy.  And in Confessions of A Straight Gay Woman, I paint a picture of a heterosexual woman who not only has sex with, but falls in love with a lesbian.  All of these experiences were derived from my actual life, and writing about them was not only cathartic, but relatable. 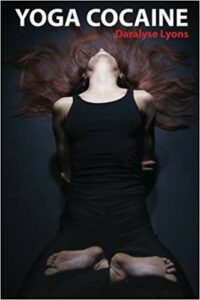 Readers wanted more of me and, although, at first, I was reluctant to expose myself to such microscopic scrutiny, I embarked on an ambitious, multi-level memoir project on which I am currently working.

True confessions: It’s intended to be a five-part project, so I expect to be “currently working” on it for at least another couple of years. Writing about myself has been eye-opening.  I’ve had to confront the fact that the person I wish I were is not always the person I actually am.  And I have to be honest about that, to memorialize my failures forever, then publicize them in the hopes that my experiences might evoke a strong sense of identification in my readers.

For me, fiction is much easier to write, but also less rewarding.  I believe that readers quest for truth even in the midst of the imaginary.  Yet, as a writer, my own most profoundly truthful moments have only happened when I stepped outside the realm of make-believe and into the fraught and fragile territory of memory.

What does it mean to recount an experience twenty years after the fact?  How can I do justice to the lived sense of what I went through?  How can I shed light into the darkness of my past and illuminate the shadows?  These are just a few of the questions I’ve had to ask myself as a recently converted memoirist.  When I write myself into a corner, I can’t simply make up a way out.  I have to go back the way I came.  Years ago, when I was in inpatient treatment for an eating disorder, I had a therapist who described herself as a “honey dipper.”

She proceeded to explain that, years ago, in the early days after the introduction of a standardized sewage system, there used to be a group of people who would go deep down into the abyss of human waste and delve into the disgustingness (I won’t get too graphic here, but you know what’s in a sewer) for accidentally discarded trinkets.  These men and women sifted through waste and found jewelry and other valuable, drain-descending, objects that people had accidentally flushed down the toilet or lost in the sink.  And guess what?  Many of them got rich!

I’ve come to believe that memoirists are honey dippers.  We wade through shit and uncover treasures.  So, while I haven’t given up on writing fiction, I’m realizing that – for me anyway – making things up is no longer enough.  I seek, as I write, to make myself whole. 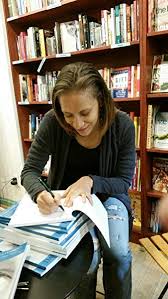 Writing isn’t so much what I do.  It’s who I am.  Ever since I was five years old, I knew I wanted to tell stories for a living.  I have a tendency to fall in love with characters and a somewhat (by which I mean extremely) fanatical need to put their lives down on paper.

I write Young Adult fiction because I am still seventeen at heart and because I remember what it felt like to pick up a book and see myself in its characters.  Some of the books which influenced me as a teenager include Summer Sisters by Judy Blume, She’s Come Undone by Wally Lamb, and all the Sweet Valley High books by Francine Pascal.  I hope that my readers can see themselves in my characters and get lost in my fictional stories and the very real emotions that drive them.

A few fun facts about me…  I am an adrenaline junkie who loves skydiving, rollercoasters, and parasailing.  As a certified yoga instructor, I try to find peace in movement and I meditate (almost) every day.  I live in the quaint Mount Airy section of Philadelphia.  And at least once a week I do comedy improv (think Who’s Line is it Anyway?) and laugh at the utter ridiculousness of make believe.