Taryn Moore is a stunning and intelligent college co-ed who has a complicated viewpoint of men. Her father left when she was a young girl and the college course she’s taking Star Crossed Lovers stirs up her emotions around abandonment and how women should deal with it. She considers Medea, who killed her children in the name of revenge, and Heloise, who stood strong in her passion while her lover wavered, to be misunderstood role models. Over the backdrop of her college experience, we add a high school sweetheart who’s broken up with Taryn yet she continues to stalk, and an affection-starved professor who admires both her body and her mind.

When her dead body turns up on the sidewalk below her apartment balcony broken from the fall, most detectives would call it suicide and the case closed, but Detective Loomis starts to see signs that some sort of foul play could be afoot.

Choose Me is so fast-moving you might get whip-lash when the story reaches its end. It’s intelligently crafted and a great read for both thriller lovers and those who just want something compelling and different to throw in their beach bag. Tess Gerritsen and Gary Braver are real-life good friends and by pairing up they’ve created the coveted double-punch of tension and story/character arc that every thriller strives for. We’re excited to share our interview with the dynamic writing-duo!

Amy Wilhelm: Choose Me begins with Detective Frankie Loomis investigating the probable suicide of Taryn Moore. We already suspect there is foul play at work. Is it more challenging to give this much away at the beginning and then fill it in? Or, is it equally difficult to create tension no matter how you organize the timeline?

Tess Gerritsen: It’s far more challenging to keep tension at a high level when you’re giving so much away at the beginning. We didn’t start out with this complicated structure. We wrote it in chronologic order, starting with the affair, then Taryn’s death, and then the investigation. But our editor liked the character of Det. Frankie Loomis so much, she suggested that we introduce her earlier in the story. That’s why we chose the double After/Before timeline, opening with the crisis, and then backing up to see how we got to this terrible place.

It was a tricky thing to do, balancing these timelines while not giving too much away.

AW: I love how you incorporated a fictional college thesis class Star-Crossed Lovers into this novel. Was it fun to weave this element into the plot? Where and when did the idea first take form?

Gary Braver: Yes, it was. It’s been said that the difference between life and literature is that literature makes sense. It has unifying themes. Life often doesn’t.

So I wanted to make up a course—a small seminar—that was intimate and that reflected the core themes of the book—ill-fated lovers, unrequited love, and men who use, abuse and abandon women. That would be the sad story of Taryn Moore who was abandoned by her father as a girl, who is dropped by her long-time boyfriend, Liam, and who is ultimately rejected by Jack Dorian.

So I came up with “Star-Crossed Lovers,” which had a lot of literary examples from classical antiquity—Virgil’s Aeneas, Euripides’ Media—to Romeo and Juliet, and all the way up to Gone Girl. That course would help broadcast the thematic unity of the novel.

BTW, I think this would be fun course to teach.

TG: And you should definitely do it!!!

AW: Taryn and her professor Jack Dorian connect because of their shared discontent. It seems inevitable that their affair won’t end well. Why doesn’t either of them see it coming?

GB: Jack is in denial. From the moment Taryn enters the seminar room in his first chapter, he has a premonitional instinct that his attraction to her might be dangerous. As the story moves along, so does their mutual attraction, as does the tension between 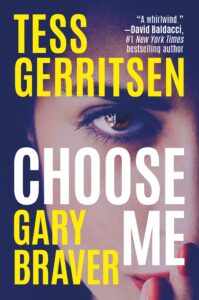 his duty (to his wife and profession) and desire. But the flesh is weak.

Most people know when someone is coming on to them. For Jack, the signs are there—Taryn’s warm vibes, her casually touching his arm, how she tells him he’s her favorite professor, says he’s the best, and defends him to the Title IX official.

Then at lunch she asks if he’d ever date a student, sending out “choose-me” messages.

Her flirtations arise out of neediness and vulnerability. Jack is also needy yet he tries to fight his own attraction to her, chiding himself for thinking illicit thoughts. But that is undercut by the lack of intimacy at home—like Nick in Gone Girl. Even on the way to the literary conference at UMass, he reprimands himself for going to a hotel with her. All along he thought he could control his own libido, until Taryn shows up in his room, and desire overwhelms duty.

AW: For a thriller to be a success, the ending must be both a surprise and believable. Choose Me nails those criteria on both accounts. Without giving anything away, how’d you come up with such a superb conclusion?

GB: It wasn’t easy. Here we are, two inveterate mystery/thriller writers, and we reached the halfway point and couldn’t decide who the villain was. Well, we knew all the candidates and tossed around options, but only one made the most sense and would still be a surprise.

AW: On the practical end, how did you divide the work of writing a novel and make sure it flowed consistently?

GB: From the outset we decided that I’d write the Jack chapters and Tess would write the Taryn and later the Frankie chapters. When each of us finished a chapter, we’d send it to the other for any edits or suggestions. These led to new scenes that were needed.

AW: It seems like it would be a lot of fun to collaborate with an author friend. Is it?

GB: It was both challenging and energizing to work with another author, especially Tess who is highly skillful and accomplished. It was also reassuring to have a second set of eyes to help move things along.

TG: It also made the story so much richer to have both the male and female perspective on this crisis. The best way to have an authentic male voice is to actually have a man writing it, and Gary added a deeper dimension to what a guilty husband might experience and the angst and panic he’d feel as his life falls apart—all due to his own bad decisions. 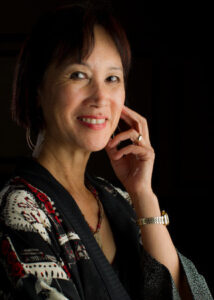 International bestselling author Tess Gerritsen took an unusual route to a writing career: it wasn’t until she was on maternity leave from her job as a physician that she began to write. Since then, she’s written twenty-eight suspense novels, with more than thirty million copies sold. Her books have been translated into forty languages, and her series featuring homicide detective Jane Rizzoli and medical examiner Maura Isles inspired the hit TNT television series Rizzoli & Isles, starring Angie Harmon and Sasha Alexander. Gerritsen now writes full-time and lives in Maine. Learn more at Tess Gerritsen’s website. 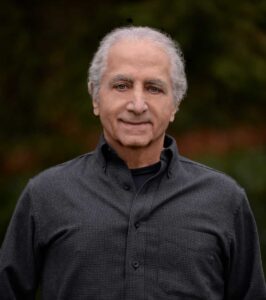 critically acclaimed mysteries and thrillers, including Gray Matter and Flashback, the first thriller to Massachusetts Book Award. His work has been translated into several languages; two have beenoptioned for film, including Elixir. As Gary Goshgarian, he teaches science fiction, horror fiction, bestsellers, and fiction writing at Northeastern University. He lives with his family outside Boston. Learn more at Gary Braver’s website and follow him on Facebook: @GaryBraver