Fans of Lucy Score and Claire Kingsley, meet Annabelle McCormack! You may recognize her name from a previous BCB post. Annabelle is also the author of the historical fiction series Windswept, but she’s ventured into slightly different territory with her Brandywood Small Town Romance series. Here’s the thing – I’m pretty convinced Annabelle could write in any genre and own it. Her romance novels are smart and sexy with just the right amount of angst. The characters are flawed, lovable human beings who learn to become the best versions of themselves. The first two books in Annabelle’s Brandywood series are available now, with the third scheduled to release April 2023! I recently asked Annabelle, why the turn towards romance, and here’s what she said…

When I first started writing novels at the ripe age of twelve, it never occurred to me that the publishing world tends to encourage writers to stay in one genre lane. I read widely between genres, writing widely followed naturally. After a while, I began to focus most of my efforts in historical fiction, which will always be my favorite, but a common theme emerged in everything I wrote: all my manuscripts had a love story at their backbone.
Then, in the midst of writing the sequel to my historical debut novel in 2021, I got stuck with horrible writer’s block due to some intense family situations. In order to process some of the drama in my own life, I turned to contemporary romance as an outlet and picked up a manuscript I’d abandoned a few years earlier. A few weeks later, I had written the first draft of one novel and the first draft of the second novel followed immediately after that. The joy I felt in creating these books spilled into wanting to see them in the hands of others who might enjoy them and I decided to publish them.
While initially I considered a pen name for the new genre, I decided shortly into the process that I would rather have my existing readers find my books easily and simply be a “writer of contemporary and historical women’s fiction and romance.” It may be a mouthful, but I feel like I straddle both women’s fiction and romance with everything I write, so it makes sense to me; hopefully it will to my readers, too! 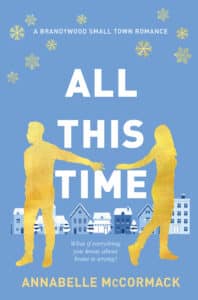 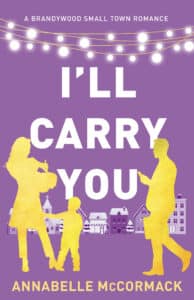 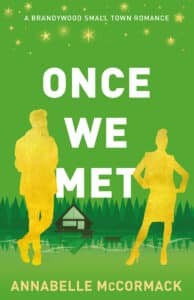 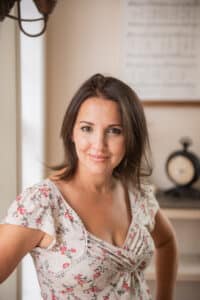 Annabelle MacCormack loves to write the types of novels she always wants to read: 1) epic historical adventures that don’t skimp on the thrills or romance, and 2) contemporary love stories that have heart, depth, emotion—and don’t fade out when you get to the good parts. Born in Costa Rica and raised (mostly) in Maryland, she graduated from the Johns Hopkins University’s M.A. in Writing Program. She’s worked in cancer research, as a schoolteacher, actress in SAG/AFTRA, wedding vocalist, professional photographer, government contractor, and did a one-day stint as a restaurant hostess after which she asked her sister to call and quit for her. (She hates both the phone and disappointing people.) She lives in Maryland with her husband, five home-schooled children, and two boxer dogs, where she is still patiently waiting for the magical cleaning fairy from her childhood to show back up again. Sometimes, she pretends she’s funny. Follow her adventures on www.instagram.com/annabellemccormack or check out her website at www.annabellemccormack.com and sign up to her newsletter for free goodies.