As this dumpster fire that was 2020 comes to a close, let’s look at the bright side: many great books were published this year! And thanks to all of that social distancing, we’ve had a chance to read many of them. If you’re looking for a stocking stuffer or a way to pass the time this winter, check out our recommendations for books of all genres and varieties. Happy holidays!

Curtis Sittenfeld’s fictional alternative-reality take on Hillary’s life, pre- and post-2016 election is on my list of best books because it’s such an audacious project. This is not a biography. This is not fan fic. This is what *could* have happened if Hillary dumped Bill back in the 1970s and forged her own course. The author weaved known facts with completely made-up events, and it’s hard to remember what’s real and what’s imaginary. It’s a book that only Sittenfeld, with her unique wit and creativity, could have pulled off. Plus, it’s very 2020 to write fake (fictionalized) news about America’s most famous female politician. 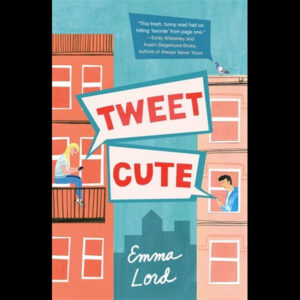 Emma Lord’s YA debut captured my heart and became my favorite young adult romance of the year. It’s about two classmates, Pepper and Jack, whose families each own rival burger joints. When they face off in a Twitter war of words about who serves the best grilled cheese, their virtual battle ends with them forging a real-life bond. They both struggle with their identities in the shadow of their families’ businesses. The best part of this book was the amusing back-and-forth of their sick Twitter burns as well as their warm-hearted romance. Looking to feel good in 2020? Try Tweet Cute.

A Beautiful Crime by Christopher Bollen seduced me from its premise. The story is about Nick, a budding silver specialist from New York, who agrees to use his knowledge of antiques to help his new lover Clay con a man in Venice out of something that should rightly be his. That the story involved international travel to an iconic, romantic city and involved antiques and mystery was all I needed to buy the book. It ended up being an interesting moral tale as well. While we’re all still stuck at home, do yourself a favor and follow Nick and Clay down the rabbit hole in Venezia.

The Fountains of Silence (historical YA)

Ruta Sepetys hooked me again with her latest YA historical fiction work, this time set in Franco’s brutal Spain of the 1960s. The story is about a young Spanish girl, Ana, whose parents were murdered by Franco and who works at a tourist hotel in Madrid. There, she’s assigned to be the personal valet of a wealthy Texas family who’s come to the country to do business and to vacation. They bring their son, Daniel, who wants to be a photojournalist. Ana and Daniel are drawn to each other as people the same age often are, and maybe there’s attraction there too. But, how can their friendship grow stronger when Ana must keep the secrets of her difficult life private, or risk paying a high price? As I’ve found with other works from Sepetys, especially the ones set during turbulent times, the story about young people surviving ends up being enthralling. 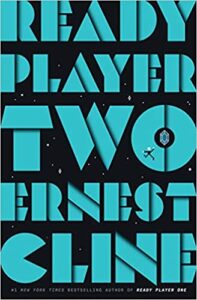 Although I was completely sucked into the not-so-distant and frighteningly believable future in Ready Player One, it often felt like Ernest Cline was scene-setting instead of showing what was happening to the protagonist Wade Watts in the present. It is a tremendous compliment to the author that I stuck with it. Normally, I’d abort when the umpteenth list of name-dropping eighties computers or video games took up half a page. That being said, I completely enjoyed this sequel where Wade has to locate and put together the shards of a new Easter egg hidden within the indistinguishable-from-life video game OASIS, and the background story is where I like it – in the background!

Wade’s not the same hero he was in book one. He’s given up on the real world and the real friends in it. This book is just as much about Wade’s struggle to live in reality when virtual reality is so much easier to enjoy and control, as it is about winning the contest, which gives the story engaging complexity. There’s a reason this book is a number one New York Times bestseller! 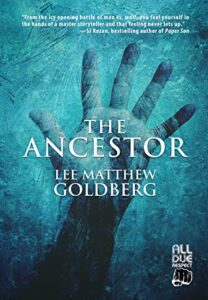 When a man wakes up in the middle of Alaska, he doesn’t remember anything, not even his name. His old-fashioned way of speaking and his ignorance of technology set him apart from the folks in town who view him as the oddity he is. Gradually, he recalls his name is Wyatt. Wyatt happens to look uncannily like Travis Barlow, one of the town’s residents who has taken him under his wing. After Wyatt meets Travis’s wife and child, he remembers he too had a wife and child in a different time. As his memories unfurl, so do his plans to find a way to create a new life to replace the old one he lost

I found this genre-crossing novel thoroughly engaging, unique, and despite its dipping its toes into the waters of the paranormal, believable. Wyatt’s journey of self-discovery and self-delusion is a perfect mix of the unexpected and the understandable. As a reader, I like to be surprised but also like to see the path that led to a character’s choices even if that clarity is only available in hindsight. Loved this book!

This novel by best-selling author Elinor Lipman was published by Lightning Books out of the UK because American publishers thought their readers might have Trump fatigue. In reality, the story is much less about Trump and much more about its heroine Rachel Klien and her ability to deal with her ever-changing circumstances. Those circumstances were set in motion when she inadvertently hit “send all” on an email criticizing Donald Trump and therefore lost her job of taping up his torn documents so that they could be filed. As she’s walking away from the building, she’s hit by a car that’s driven by a woman who is a special friend of the President. From there on out things get a bit complicated as a lawyer, a lover, well-meaning friends and parents, and an intrepid writer enter the mix. I truly loved Rachel’s story and Lipman’s delightful telling of it in this fun easy read!