Delilah Dawson first caught my attention when she wrote a short story for the Star Wars franchise titled Star Wars: The Perfect Weapon. When I looked into her other work, I learned she had an impressive resume of speculative fiction, from dystopian to paranormal romance, right up my alley! I wanted to read them all.

One of the things I love most about writing for BCB is that I get to meet some amazing authors, either virtually or in person. I chat with them about their process, their work-life balance, their latest release, and I get to read their fabulous stories. As a writer myself, I’m inspired by the breadth and depth of their talent and creativity. I receive many requests to feature books and interview authors on BCB, but sometimes I’m so excited by an author, I reach out first. That was the case with Delilah, and she graciously agreed to be featured on BCB today. Welcome, Delilah! Thank you so much for taking the time to share your thoughts.

Tabitha Lord: Your first book was published in 2012. What was your path like to becoming a full-time writer?

Delilah Dawson: Well, I didn’t grow up wanting to be a writer. I didn’t even think it was possible. I thought being a novelist was like being a doctor or a nun, something you always knew you wanted to do. I was a painter with an art degree who ran galleries. After my second child was born, he stopped sleeping, and so did I. Running on three hours of sleep a night, my brain pretty much broke. I started hallucinating. And my psychologist husband recommended that in addition to getting more sleep, which he helped with, I should do something just for me – have a hobby outside babies. He suggested writing a novel, and my brain was so out of wack that I… wrote a novel. It was terrible, but I studied the publishing process online and queried it. After tons of rejections, I trunked it and wrote my next book, which got my agent. That book didn’t sell, but the third book sold at auction in a three-book series.

So I was found in slush and didn’t have an MFA or any contacts in New York. Since 2012, I’ve had eight books, seven novellas, one comic, and oodles of short stories published with five more books under contract, and I couldn’t be happier.

TL: That’s a fantastic and inspirational story for many of us creative types. You must be incredibly busy! My husband and I both mainly work from home. We still have kids in the house, and I know we both have trouble shutting down and transitioning out of work mode. As a full-time, work-from-home writer with a family, how do you find balance? Do you have a particular way you structure your day? Do you have any words of wisdom to impart?

DD: My best work gets done when both kids are in school. I like to wake up, ease into the morning, and get down to writing around 10 am. I shoot for 2000 words per day but often go way over. I also write articles for CoolMomPicks.com and teach writing for LitReactor.com, so things can get pretty hairy. I excel at making lists and pushing things off my plate to keep my brain nimble for first drafting.

The hard part comes when both the kids and my husband are home, and those are the days I have to disappear into the basement with my earbuds or sneak out to Starbucks. I’m fortunate to have a spouse who supports my writing 100%, so he is usually happy to take over when I’m about to go crazy. My words of wisdom would be to think of your writing as work, or at least as a passion – and never feel guilty for claiming that time for yourself. It’s important and it makes you feel alive.

TL: So true. If something’s a priority, or we say it is, then we have to create space for it. Can you work on simultaneous projects, or must you be fully focused on one thing at a time?

DD: I don’t have a choice anymore. I have to work on several things at once. I look at my deadlines and see which things can be easily pushed off my plate first and knock those out first—articles, interviews, emails. Then I get to the projects that require more immersion, like edits or especially first drafts. I try to do bigger projects all at once so I can hold all the information in my head. I liken first drafts to carrying hot laundry from the dryer to the bed—I have to hurry and clutch it tightly, or I’ll lose all the socks.

TL: I love that analogy! You write books for both adults and young adults. I’m struck by how well you capture the voice of your teen protagonist, Nettie Lonesome, in the Shadow series. She’s a gritty young survivor, struggling with gender identity, abuse, and prejudice. You weave these difficult and important topics seamlessly into the narrative, while at the same time propelling the reader through a page-turning, supernatural, western-themed thriller. Not an easy task! Where did the spark for Nettie’s character come from?

DD: It actually came from Twitter. I was watching Lonesome Dove one night and tweeted about how someone needed to write Lonesome Dove, but with monsters. And then I watched some more and realized, with great annoyance, that women in that world could only ever be martyrs, whores, or lunatics. So I wanted to craft a heroine who would have every mark against her in the patriarchal Wild West and still get to kick butt. Nettie Lonesome was born from that rebellious streak, and then she just… kept going. Like a force of nature!

TL: While most of your work is speculative fiction, it ranges from steampunk, to dystopian, to paranormal western with a touch of horror, to straight up sci-fi. Your worlds are all so well crafted, with each one unique from the others. How do you immerse yourself in the world building? What are the three most important elements you have to work out about each world?

DD: Making a book’s playlist is a vital part of my process. As I’m working out an idea and finding the protagonist and world, I make a Spotify playlist of songs that feel like the world. I usually get around 30 songs, and I listen to them obsessively as I drive, clean, walk, or work. When I hear those songs, I’m in that world. That helps condition me to the feel of the world, and I can see it clearly whenever I hear it. I wrote a blog post on that process here: //www.whimsydark.com/blog/2016/5/17/how-and-why-to-make-a-book-playlist

The three most important elements, I’d say, are the culture, technology, and voice. But I never think of them separately; it all comes together organically as I merge what I know of the world and how I need to challenge the character. It’s like putting together puzzle pieces when I have a pretty good idea of what the overall picture will look like. Crafting a main character with a strong voice helps. I can slip into Nettie Lonesome’s voice very easily, for example, because she’s so very herself.

TL: Let’s talk about the Star Wars gig. How did that all come about? How was this project different from your other work, where the story is your creation from start to finish? How much guidance or freedom were you given?

DD: Star Wars is its own sort of animal, but writing for them is a dream come true. My agent sent me an email titled “I’m about to blow your mind” and it definitely blew my mind. It’s very different in that I’m hired to write to someone else’s exact needs, but I still get plenty of creative freedom within that framework. There’s a lot of guidance, and it’s a back and forth process, but the world is one that’s felt like home since I was a little kid. When I saw Bazine on the screen on the opening night of The Force Awakens, I couldn’t help screeching.

TL: What an absolute dream. I’ve been a Star Wars fan since I was 7 years old and I would have totally screeched! You’ve ventured into comic books. Can you talk a little bit about that project and the impetus behind it? Was there a learning curve heading into comic territory?

DD: Oh, yes. Big learning curve. I’m so grateful that my editors at BOOM! Studios helped me level up so quickly. Ladycastle is an all ages comic predicated on what would happen if the king and all his men were eaten by a dragon while on crusade, leaving the women in the castle behind. The idea came from watching Monty Python and the Holy Grail and the line, “strange women lyin’ in ponds distributin’ swords is no basis for a system of government,” because my thought was… BUT WHAT IF IT WAS? Ladycastle is full of strong women of all ages, shapes, and races allowed to be as feminine or masculine as they like as they fight monsters. The greatest compliment is that my 8yo son and my 10yo daughter love it and keep asking when the next issue will be out.

TL: It’s a big win when your own kids love it! What are you currently working on?

DD: Well, Kevin Hearne and I just sold a three-book series called The Tales of Pell that starts with Kill the Farmboy, and it’s so much fun to write. It’s been compared to Discworld and The Princess Bride and takes a humorous, irreverent look at classic Fantasy tropes. The first book will be out in 2018, and we’re writing it now, trading chapters back and forth. Kevin just sent me chapters today, so I can’t wait to see what he’s done.

TL: Delilah, thank you so much. Best of luck with the new project! 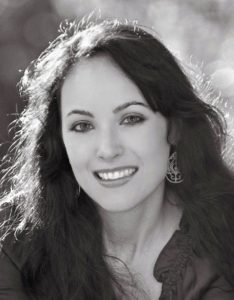 Delilah S. Dawson is the writer of the Blud series, Servants of the Storm, the HIT series, Wake of Vultures and Conspiracy of Ravens (as Lila Bowen), Star Wars: The Perfect Weapon and Scorched, and a variety of short stories and comics. Her first comic, Ladycastle, is out January 2017 from BOOM! Studios. She is the winner of the 2015 Fantasy Book of the Year from RT Book Reviews for Wake of Vultures and the 2013 Steampunk Book of the Year and May Seal of Excellence for Wicked as She Wants. She has earned stars from Kirkus, Publishers Weekly, and Library Journal for Wake of Vultures as well as a star from Library Journal for the Blud e-novella The Damsel and the Daggerman. Please geek out with her on Twitter @DelilahSDawson for full SQUEE, and visit her website  //www.whimsydark.com/.