What do you get when you cross a hard-working, driven and successful lawyer who has the discipline and commitment to also write? In this case, not your usual story of a crusading lawyer trying to prove his client’s innocence, but one about the life and times of an entertainment attorney who gets involved in a singer’s career controlled by organized crime. This surreal journey into the world of music and it’s intersections with the mob is a subgenre of thriller and crime fiction where the system of justice is always one of the main protagonists. In Two Times Platinum, Mr. Remick gives his readers an insider’s perspective of the sports and entertainment industry. His novel follows Dex Randle, an entertainment lawyer from Philadelphia, and a young aspiring singer from a poor background named Val Clifton who has aligned herself with a seedy, mob character in order to achieve fame. Remick’s protagonist’s life is forever changed when he takes her on as a client. 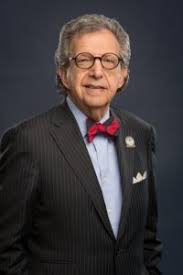 Lloyd Zane Remick concentrates his practice in the areas of entertainment, sports, hospitality and communications law. He is also President of Zane Management, Inc., a Philadelphia based sports, entertainment and communications consulting and management firm. Mr. Remick, welcome to Book Club Babble. Good to have you with us today. Legal thrillers explore the financial and unethical machinations that we do not like to think about in the music industry-pay to play world of mob connections, what inspired you to write about this particular aspect of the industry?

Lloyd Zane Remick:Having spent the majority of my life representing celebrities, sports figures, etc. I have seen and witnessed a great deal, and so I thought it would be interesting for readers in a fictionalized way to get a picture of the seedy side/underbelly of the entertainment and sports world that they rarely see.

Maribel Garcia: Your passion for the law and teaching about it really comes through in the scenes where Dex is lecturing his law students and doing something as mundane as editing tedious contracts. In real life, students come to law school because they want to help, yet, sometimes the experience of law school and the legal profession often dilute the commitment to justice. Was writing a legal thriller a way of reconnecting to justice as the core and foundation of this occupation?

Lloyd Zane Remick: True enough, my crime legal thriller does incorporate what I like to think is the philosophy of life combined with teaching some of the ways that deals are really done so that law students and those interested can get a “behind the scene” look at some of the things that are not typically taught in law school. Justice and helping clients has always been at the core of my practice but as unfortunately as pointed out in Two Times Platinum sometimes justice is blind.

MG: Your novel gives readers a rare glimpse as to what goes on behind the glitz and glamour of becoming a star. It is not pretty. How did your female character Val come about? 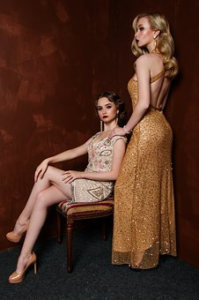 What begins as a stereotypical, sexually exploited woman in the music industry starts to emerge into a more complex picture of how difficult the path can be for vulnerable women in the industry, Sadly, Val’s story is pretty ubiquitous in the industry. You have powerful men on all sides and a young woman on the rise who needs as much support as possible. I really felt your main character’s sense of impotence when it came to witnessing this kind of untouchable power in the industry. I mean, you would be hard pressed to find a woman working in the industry today who’s never been a victim of sexual harassment or abuse. As someone who works with these types, do you think that today’s focused lens on sexual harassment will have any impact on the music industry?

Lloyd Zane Remick: The novel for the main part was written prior to what is becoming more and more known about the entertainment industry. But in the storyline I speak about equality for all and yes, one of the main characters is victimized but without giving away the plot, she does rise and hopefully becomes a stronger person throughout the course of the story. I think the focus lens that you refer to will reverberate and have a lasting impact on many industries not just music and sports and entertainment.

MG: I enjoyed getting insight into the world of pre-fight spectacles, the weigh-ins, the one hour that a boxer who has only one hour to knock off via dehydration via running or sweating off or laxatives or just what it might look like to hang out with up and coming recording artists. Your career has you rubbing elbows with professionals in the world of boxing; you get to work with some of the game’s biggest stars and newest players as well as managers, trainers, promoters, club fighters, and many others. What is this like? And is this why you write?

Lloyd Zane Remick: You must remember I have been practicing entertainment and sports law and management for 50 years, so yes in the early years there was an excitement when meeting well-known celebrities. But as the years have gone by I have become to realize a good portion and a good number of my representation includes not only crossing t’s and dotting i’s of contracts, but giving career advice as well, and so no, I am not impressed with celebrity-ness. More importantly, making the celebrity understand that even though they might have a “god given talent” that does not entitle them to special perks. Not always an easy task to accomplish.

MG: How in the world did you find time to write a novel with such a busy schedule? And how did all of your years of writing as a lawyer prepare you to write fiction?

Lloyd Zane Remick: I tried to teach my clients, students and my children that prioritizing, focus and discipline are some of the key ingredients to being successful and so when I set out to write this novel I literally set aside 12 pm to 3 am five nights a week for approximately nine months to hammer out this story. What I have learned is that the more you have on your plate, the more you accomplish when you focus and get disciplined.

MG: There are some pretty steamy, sexy scenes in here. Any Hollywood plans?

Lloyd Zane Remick: Remember that I am in the entertainment world and so while writing this novel and the storyline I always and I do mean always, picture it to be a movie and/or television series. So, yes, I try to write it being faithful to the storyline and my teaching and philosophy but always believed it could someday be a great movie. I guess time will tell.

MG: Mr. Remick, thank you so much for joining us today.