Assassin’s Lullaby, by Mark Rubinstein, is a fast-paced thriller that I devoured in a weekend. It checked all my boxes for this category including a compelling main cast, a complex, twisting plot, and an ending that was both surprising and fitting. I caught up with Mark to chat about his latest work of fiction, and more, today on BCB. Welcome, Mark!

What made you want to explore the inner psyche of a contract killer and a Russian mob boss? 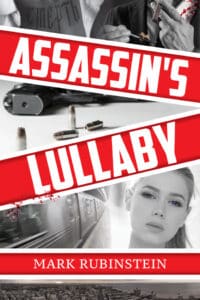 I’ve always thought that the most interesting characters are not only conflicted people, but are those with checkered pasts and are people who have lived on the edge. They’re people who have experienced the extremes of life, whether they’ve been victims of crimes, persecution, or just simple bad luck. I think there must be something drastically wrong in a person’s life so that he or she became a contract killer or belongs to a lawless crime mob. Therefore, Eli Eagan and Anton Gorlov, the protagonist and antagonist in Assassin’s Lullaby are inherently interesting and will make for an interesting dynamic as the story unfolds. But conflict must be at the center of all interesting characters which will make the reader want to turn the page and find out what happens next.

I love reading and writing the anti-hero. In your opinion, what makes for a good anti-hero, and what were you considering as you developed Eli Dagan’s character?

I consider Eli Dagan both a hero and an anti-hero in a sense that he has a moral center and at the same time, can be ruthlessly efficient when it comes to killing people who are evil.

While writing about Eli, I considered his tragic past, the losses he’d sustained at relatively young ages and the effects such losses had on him. I’ve always felt that aside from whatever nature endows us with, our past experiences will always impact us and are crucial for who and what we have become. I wanted Eli to be the product of tragedy and that partly explains his belief that in every life, tragedy lurks and waits to rear its head.

Assassin’s Lullaby had a great twist at the end, one that totally worked for the story. Without spoilers, did you have the ending in mind all along, or did it become clear as you were writing?

Whenever I write a novel, I always have some idea about how the story will end. It’s usually somewhat amorphous, but in Eli’s situation, I pretty much knew how the story would end. I always want to reader to be WOWED by the story but especially by the way things turn out at the end. The worst thing that can happen for a thriller author is to have the outcome predictable. You always want the reader to wonder “what happens next?” in the course of the novel, but you also want the ending to have something in store that the reader never expected.

You have a considerable backlist of non-fiction in addition to your fiction collection. Is your process different for drafting fiction? Do you enjoy writing one more than the other?

Non-fiction, especially medical and psychiatric non-fiction is much easier for me to write than fiction. After all, I don’t have to depend on imagination or plausibility in writing non-fiction. It’s all right there, in reality and it’s just a matter of conveying that reality to the reader in what I hope will be an enjoyable way. I can’t really say I enjoy one more than the other, although there’s very little that can compare with the sudden awareness of a new plot  twist or turn of events when writing fiction, especially when you think you’ve written yourself into a corner.

What project are you working on next?

I have a number of novels already “in the can.” I’ve completed a novel entitled Downfall that’s coming out in April of 2023. I’ve also completed something called A Lethal Question coming out in 2024 and have just put the last touch on a first draft of a sequel to Assassin’s Lullaby which has a working title of Assassin at Rest. Eli Dagan’s troubles are by no means behind him. 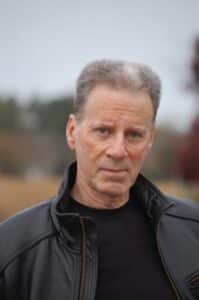 About the Author: After earning a degree in business administration at NYU, Mark Rubinstein served in the U.S. Army as a field medic tending to paratroopers of the 82nd Airborne Division. After his discharge he returned to college, went to medical school and became a physician, then a psychiatrist. As a forensic psychiatrist, he was an expert witness in many trials. As an attending psychiatrist at New York Presbyterian Hospital in New York city and a clinical assistant professor of psychiatry at Cornell, he taught psychologists, psychiatric residents, nurses, and social workers while practicing psychiatry.

Rubinstein’s high-octane thrillers Mad Dog House (2012) and its sequel, Mad Dog Justice (2014), were both finalists for the ForeWord Book of the Year Award. His novella, The Foot Soldier won the Silver award in the 2014 Benjamin Franklin Awards competition, in the Popular Fiction category. His novella, Return to Sandara, (2014), won the gold IPPY Award for Suspense/Fiction. The Lovers’ Tango, won the gold medal in popular fiction at the 2016 Benjamin Franklin Awards. His most recent novel is Mad Dog Vengeance (2017), the last book in the Mad Dog trilogy.

Before turning to fiction, he co-authored five self-help books on psychological and medical topics. His latest non-fiction books are Bedlam’s Door (a finalist for the 2017 Benjamin Franklin Award in non-fiction) and Beyond Bedlam’s Door. Both are sets of stories about patients he’s treated or evaluated as a psychiatrist and forensic psychiatrist. His most recent book is a non-fiction work entitled, The Storytellers: Straight Talk from the World’s Most Acclaimed Suspense and Thriller Authors, a compilation of candid interviews with writers whose novels have been worldwide bestsellers.

He now writes fiction and non-fiction, has been a contributor to The Huffington Post, was a contributor to Psychology Today, presently contributes columns to Literary Hub’s Crime Reads, and is a book reviewer for The New York Journal of Books. Website: www.markrubinstein-author.com