The Importance of Being Little by Erika Christakis provides an erudite and personal perspective on the ideal environment to raise preschoolers (hint: it’s not filled with worksheets or reading apps.) Although the book is about the education of preschoolers, it’s really about what it means and feels like to be a little person. It’s therefore a worthwhile read for any parent or educator.

The book relies more on Christakis’s experience as a preschool educator and researcher of child development than on controlled studies of preschool programs. Studies are mentioned, but they are limited and don’t substantiate many of her broader claims. In truth, it is difficult to conduct controlled studies in education. Informed perspectives like Christakis’s—based on years of working with and studying preschoolers—might be the best type of information we have.

For example, one of the more persuasive studies Christakis cites is the High/Scope Perry Preschool study. This study, conducted in the 1960s, randomly assigned a group of children to a high-quality preschool program, and then tracked the children’s subsequent progress as compared to a control group. Amazingly, over three decades later, the preschoolers had done better than the non-preschoolers across a variety of metrics. They were more likely to hold jobs, have higher incomes, and to have graduated high school. They were less likely to have committed multiple crimes.

But this study was limited to children born into poverty, a group with its own distinctive hardships and alternatives. What, for example, were the children who weren’t assigned to preschool doing all day? The study may have little applicability to children born into less stressful situations. Most educated parents, for example, aren’t particularly worried about whether their children will graduate from high school or whether they will commit multiple crimes, as both are statistically unlikely.

Additionally, the High/Scope study was small—only 58 children received services—and resource filled. A lot of attention was lavished on these children and their teachers, including home visits, which made it more than just a preschool program. A less comprehensive program might not produce the same results. Indeed, a recent study of a much larger Tennessee pre-K program showed that, by third grade, those that won the lottery to attend pre-K actually performed worse in school than those that lost. This supports the Head Start Impact Study, which found that any academic gains from Head Start were lost by the end of kindergarten. 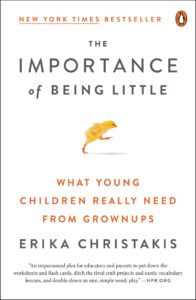 But these studies don’t necessarily contradict what Christakis argues in her book, as she doesn’t argue that any pre-K program is valuable. Christakis’s vision of a high-quality program is one where teachers don’t focus on direct instruction, but instead listen to their students, and facilitate child-led learning and conversations.

Although this book was marketed as praising the value of play, I think that’s misleading. Christakis does indeed praise free play, but that’s only one small part of the equation, and I would argue it’s one that has little to do with preschool and more to do with parenting or child care. For directed learning, Christakis praises structured or guided play, which is something that can be used to teach children all sorts of things, like math, engineering and social skills. But it does require teaching.

Christakis’s main point is that, for little children, learning occurs best through meaning—through meaningful relationships, and through subjects that they find meaningful. These things tend to be things they can see, feel or experience. Hence the value of pets in classrooms, and nature walks. But children’s interests are strange and idiosyncratic—a good teacher can follow whatever they are and use them to facilitate learning.

Christakis doesn’t parse the distinctions between her vision and the Montessori, Waldorf, or Reggio Emilia methods, which have a number of similarities to what she recommends, and seem to have grown in popularity in recent years. She mostly criticizes preschool classrooms that focus on structured activity after structured activity, and drill pre-academics, like letter sounds and the days of the week, into children.

The ideal preschool Christakis describes sounds lovely, but I wonder how realistic it is outside of affluent areas. Children can learn certain things through free play and independent experimentation, but in order to learn a significant number of new things, they really need adult guidance (or scaffolding, as Christakis tends to call it.) Though at times she seems to suggest any focused child activity—like playing with water in cups—has value, she doesn’t provide any evidence that this independent activity has continual learning value. There’s no doubt that a child can intuit things about water, density and floating by playing with water, but most children will continue to play with water long past the point of learning anything new. To learn more, they would need teacher guidance. They continue to play in the water because it is fun. Which is fine, but that has little to do with the learning component of preschool. 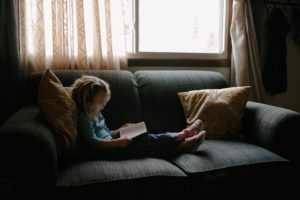 If more learning requires a teacher’s guidance in child-directed activities, it is hard to see how effective a teacher can be if she is in charge of ten or more students at once, especially if she isn’t highly skilled. Up to ten students-to-one teacher is considered best practice by the National Association for the Education of Young Children for pre-K, but many students face less favorable ratios, and are in classrooms where, because of home hardships, there are often more behavioral problems that place additional demands on a teacher’s attention. It’s no surprise teachers in such classes resort to structured activities to try to maintain control.

Achieving smaller teacher-to-student ratios would require paying for more teachers, in addition to the fact that Christakis rightly believes we need to pay teachers more if we want quality instruction. However, these costs add up (one wonderful pre-K near me in suburban Philadelphia has tuition of 18k for the school year, and it’s not even a full-day program!) Offering children from disadvantaged backgrounds high quality pre-K would help close the achievement gap, but given its hefty price tag, it seems like a politically tough proposition.

Unfortunately, many low and middle-income parents that work have no choice but to enroll their children in full-day programs that have many of the flaws Christakis identifies. She advocates parents trying to influence the content of these programs, which she thinks could be effective in bringing about change.

In the meantime, I’m not convinced these programs are all bad. Different parents value different things, and pre-academics and structured activities, at least if they are calibrated to the child’s ability, can teach children the value of focusing on things one doesn’t necessarily find interesting, accommodating others in the community, perseverance and hard work. Those are traits we want our kids to learn eventually. And some children genuinely do like worksheets. Christakis marvels over early childhood, and sees a lot of intrinsic value in letting kids be kids. But that’s a value judgement, and each parent has to decide for themselves which traits—and when—they want to cultivate in their children.